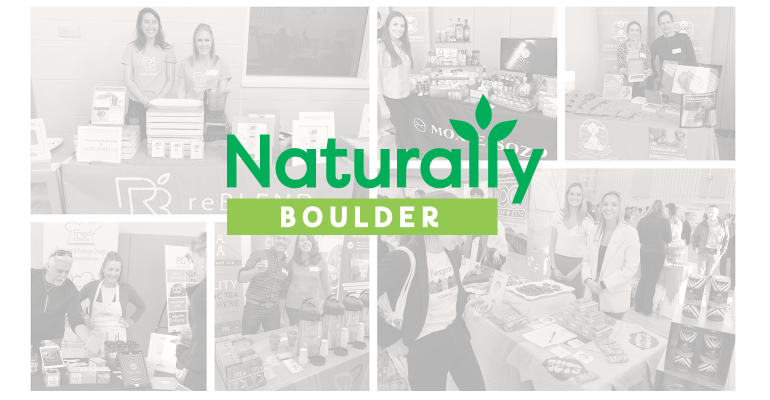 As natural-products advocacy affiliates pop up around the country, Naturally Network will oversee programming, content and activities.

In 2005, a handful of people involved in the natural products industry in Boulder, Colorado, started an organization to advocate on the industry's behalf.

"It wasn’t even a real entity at the start, it was a self-organized group of individuals trying to further the natural products industry for the city," says Arron Mansika, executive director of Naturally Boulder.

Flash forward to 2019, and Naturally Boulder has grown to more than 1,500 members and is celebrating its 15th anniversary. As it's grown and attracted national attention—and Boulder has become the hub of the natural foods movement—the directors and staff of Naturally Boulder have become increasingly busy mentoring affiliate organizations around the country.

And now, as many affiliates have swiftly grown to several hundred members, more communities want their own local group. Thus was born the idea of Naturally Network as a governing body.

Related: Good food brand leaders explain why Chicago is their kind of town

"The beauty of the hub and spoke model is the hub was Naturally Boulder. This is now elevated to Naturally Network and each affiliate is a spoke. These are all local organizations that serve regions and communities with content and programming ideas. It’s going to be a very collaborative enterprise," says Don Buder, an industry lawyer with the firm Davis, Wright, Tremaine.

From local to national

Early on, Mansika says, questions were supply-chain oriented, like "How do I find a copacker?" These questions evolved to, "How do I find capital?" or "We need sampling opportunities." Mansika would make connections for people. Then, the questions started to change, coming from different cities around the country.

"People were seeing what was happening in Boulder and wanted to know how to replicate that. So we would give out free advice, including 'This is how we do the pitch slam,' 'This is how we found our board members,'" he explains.

Over the years, as the natural products and organic industries reported sales growth stronger than that of the overall food and beverage industry, Naturally Boulder transformed to offering education and networking opportunities. The pitch slam allows new entrepreneurs to showcase their product for industry experts, while Spring Fling is a vibrant social event for newcomers and industry veterans. As its popularity continuously increases, the organization is continually looking for venues big enough to host it.

And then came a New York Times article in February 2017, which confirmed Boulder’s arrival as the hub for launching natural and organic food products. With a long list of Boulder-based companies—Justin’s, Birch Benders, Quinn Snacks, Purely Elizabeth, Made in Nature and Good Karma Foods—many successful founders credited Naturally Boulder for its assistance.

Within hours of its publication, Naturally Boulder noticed an increase in interest, which translated to a jump in membership within weeks, Mansika says. Naturally Boulder had arrived as a nationally recognized leader in the natural products industry.

So it’s not surprising that Naturally Boulder’s hard-working volunteer Board of Directors started talking about expanding the organization. In the past year, the nonprofit has spread its wings to embrace and mentor affiliates from around the country, including Austin, Texas; San Francisco, California; Chicago, Illinois; and San Diego, California. Many leaders from the new affiliates had been traveling to attend Naturally Boulder events and were excited to create the same synergy in their own communities.

"The organization has proven to play an important role in supporting and nurturing the Colorado natural products industry. And over the years, other communities have noticed what Naturally Boulder could do as a community focused, nonprofit organization and started asking us if we could help them get started in similar communities," explains Carlotta Mast, senior vice president of content and insights for Informa’s Global Health & Nutrition Network as well as a former board president for Naturally Boulder.

A collaborative spoke and hub model

Buder, an industry lawyer in Northern California, saw the possibility of starting an affiliate modelled after Naturally Boulder. Naturally Bay Area launched in January 2018, and its first event drew more than 200 people. Now the group has roughly 500 members. "It really speaks to what a collaborative industry this industry is and a desire for people to learn and network and connect with each other," says Buder, Naturally Bay Area's chairman of the board.

The group hosts similar events to Naturally Boulder—educational programs, a pitch slam, and networking events. "The fact that there has been such tremendous interest in Northern California, it’s really serving a need providing the education and professional support for early stage entrepreneurs and helping to mentor them. It makes for an easier path for each of them," Buder says.

Naturally Boulder didn’t want to just hand over their model to have everyone operate separately, however.

"We want to find a way to be together," Mansika says. As a national network, the affiliates will be bonded by the mission, vision and guiding principals of the organization. Content and programming can be synchronized and leveraged to have a greater impact than Naturally Boulder could have on its own, he says.

In creating a national network, Naturally Boulder will surrender its leadership position and be an affiliate just like the others. Although this is a big change, it will enable Naturally Boulder to focus on doing what it was designed to do: serve the Colorado community, Mast says.

In addition to serving the affiliates, the national organization can be a change agent for the industry. For instance, the organization could help define what it means to be a part of this industry, in an environment when the term ‘natural’ is not even defined.

"The goal is to be a change agent as far as we can the way companies in the natural products industry do business and prioritize organic and regenerative, diversity and inclusion and the communities they serve. We have big aspirations for the positive impact we would like to have on the industry and ultimately, the world," Mast says. "When we all come together, the whole will be greater than the sum of the parts because of what we can create together."

With affiliate leadership stepping up from all different backgrounds—including retailers, manufacturers, investors and legal experts such as Buder—no one doubts that Naturally Network is the next step. The organization is expected to incorporate in the first half of 2020; organizers hope it will be up and running by the end of the year.

And yes, you can still be a member of Naturally Boulder or any local affiliate. Members can choose local or national membership. With national membership, you won’t need to worry about missing any events while you’re on the road. You could catch the pitch slam in Austin or the spring fling in San Francisco—and make new connections while you’re at it.