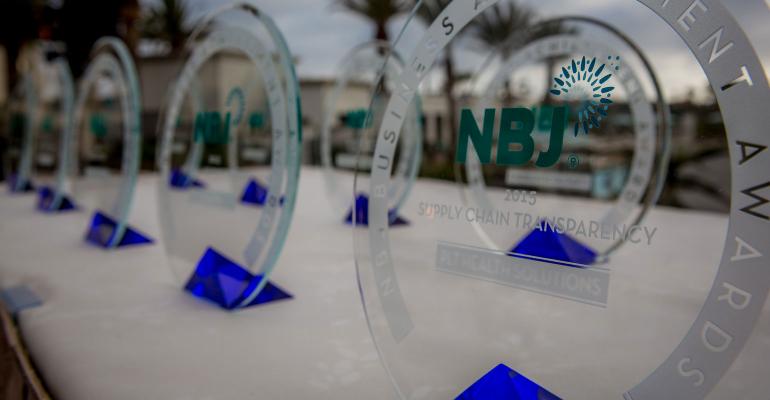 2017 award winners shine within an industry that shines across the business world.

With politics careening from one jarring gaffe and misstep to the next, it’d be easy to believe that the world is descending into chaos. Indeed, certain residents in the nation’s capital seem intent on hastening that decline.

The natural products industry, however, has other ideas. And the rest of the world is listening, and maybe even following.

At press time, we had just learned that the CEO of BlackRock, the world’s largest investment management company, has put the corporate world on notice that the companies it backs are expected to “serve a social purpose.” In short, a company that manages $6.3 trillion is demanding that companies be better at making the world better. The same day, we heard the announcement that Nestlé is selling off its candy business. That’s right, Nestlé doesn’t make candy anymore. Instead it's buying into the health and natural products space more than ever with a $2.3 billion acquisition of Atrium Innovations.

But wait, there’s more! As the BlackRock and Nestlé announcements came out, we learned that Ford is putting $11 billion into electric vehicles.

The private sector isn’t waiting for politicians to save the world.

Big companies could learn a lot from the companies we honor in the NBJ Awards Issues, and maybe they already are. In last year’s issue, we made a similar call-out to “business as a force for good.” To see that idea adopted on a global scale is encouraging, but the path the NBJ Award winners are blazing is far from its end.

The omega-3 category has seen some tough years, but Marine Ingredients is using innovation to drive healthy growth, even as the death of co-founder and Executive Vice President Bruce Miller and the recent merger with KD Pharma marks a new era—both painful and exciting—for the company.

SmartyPants was the right brand at the right time to catch the gummies wave, but it was smart marketing and Amazon expertise that helped the company double in size every year.

With organic and plant-based on its supplements labels, Ora Organic is hitting the right notes with millennials to drive a whopping 400 percent growth.

It would seem unlikely that an executive at a big conventional packaged goods company would be considered for an NBJ Award, but Campbell Soup Company President and CEO Denise Morrison is tugging the food giant in a healthier direction with voluntary GMO labeling, smart acquisitions and other unexpected initiatives.

It borders on the ironic that reporting suggests the natural products industry is not as involved as it could be in agriculture policy, but Farm Aid could be the ideal partner for more involvement, as Washington appears to turn its back on the family farm.

Many of us look at coffee as the most important functional ingredient of the day, but it’s easy to overlook the environmental impact of those billions of cups. That’s what makes the Sustainable Coffee Challenge such an impressive undertaking. With corporate giants like Starbucks and McDonald’s committing to make the coffee supply chain sustainable on an aggressive time table, this is the challenge that could fuel your morning, and change the world.

Sabinsa has never been reluctant to take on big challenges and has made transparency a crusade. Building relationships with Indian farmers to ensure a supply chain that’s not only solid but socially responsible adds an admirable element to that crusade.

The BioCollective takes a unique approach to microbiome research, creating a body of knowledge that will allow researchers to build the science to fuel new generations of gut-health products.

The Plant Based Foods Association was formed to advocate and coordinate for a category that is growing in popularity and creating waves across the food industry with innovation that makes it more palatable for more people to take meat off the menu.

Even among nutrition industry professionals, the number of people who know their blood levels for vital nutrients is exceedingly small. Translate that to the population at-large, and there are hundreds of millions who don’t know what they’re missing. That’s why the Know Your Levels program, spearheaded by GrassrootsHealth and promoted by the Organic and Natural Health Association, is so important. Recruiting people by the thousands to get their omega-3 and vitamin D levels tested is a model for the supplement industry that could be expanded across additional nutrients and change healthcare in America.

It’s a big year of big business making big changes, and the supplements and natural products industries are no exception. Rather, they are exemplary.

We knew the regulatory downshift in Washington could be a driver of corporate responsibility. Now we know it is.

Campbell CEO Denise Morrison returns to the heart of the mission to propel company forward
Mar 20, 2017