HomeNewsNearly half of Americans look at ingredient lists before making purchases, survey says
Recent
Latest
4 tips to get ahead of chemical concerns in packaging
May 20, 2022
7 CBD favorites in the increasingly popular gummies format
May 20, 2022
Mission MightyMe helps parents introduce allergens to babies
May 20, 2022
UNFI's Eric Dorne to step down as chief operating officer
May 20, 2022
Trending
Whole Foods' honors 30 companies with 10th annual Supplier Awards
May 18, 2022
Getting ready for 2023: Trends for brands to consider
May 17, 2022
Sponsored Content
The rise of sustainable business – eGuide
Sponsored Content
Natural beauty market trends
Jun 16, 2021

Nearly half of Americans look at ingredient lists before making purchases, survey says 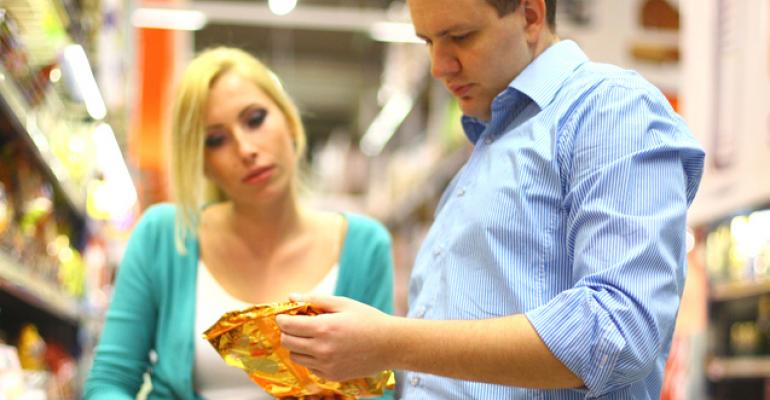 As food dialogue gains momentum, Americans are changing their food decisions, becoming more trusting of local food and less trusting of added sugars and refined grains, according to an annual survey.

Americans are hungry for more information about their food, and the media are standing by with the spoon.

In the last year, significant numbers of Americans have changed their minds or behaviors around food and nutrition issues, and the media are a top driver of those changes, according to the International Food Information Council Foundation's 2016 Food and Health Survey, "Food Decision 2016: The Impact of a Growing National Food Dialogue."

"Our 11th annual survey shows that the food dialogue has gained momentum over the past year, with factors including health status, gender, income, education and age influencing Americans' views on the food they eat."

The survey asked whether Americans' opinions had changed about a number of dietary components. An average of 31 percent changed their minds about at least one of them, for better or worse. In most cases, media headlines and articles were at or near the top of the sources that altered consumers' opinions.

The media were a top source that caused a less healthful view of enriched refined grains, saturated fat, added sugars and low-calorie sweeteners. Whole grains, protein from plant sources and natural sugars were among the dietary components that gained a more healthful opinion from consumers based on media headlines.

Americans also want to know more about their food and are changing their behaviors based on what they learn. According to the survey, 44 percent read a book or article, or watched a movie or documentary, examining the food system and/or commonly held beliefs about diet. About one-quarter of Americans either changed their food purchasing decisions (26 percent) or engaged with friends, family, or coworkers (23 percent) based on what they read or viewed.

This year, 47 percent of Americans said they look at the ingredients list on foods or beverage packages when deciding what to purchase, up from 40 percent in 2015.

When Americans define what makes a food healthy, it's becoming more about what isn't in a food rather than what is in it. Thirty-five percent of Americans define a "healthy" food as one that does not contain (or has low levels) of certain components such as fat and sugar, the top response when asked in an open-ended question.

When given a list of attributes that describe a "healthy eating style," 51 percent of consumers chose "the right mix of different foods," followed by "limited or no artificial ingredients or preservatives" (41 percent). However, it should be noted that just 2 percent of consumers identified limited or no artificial ingredients or preservatives as a top consideration when not given a list. "Moderation/serving size and portions" topped the open-ended responses (26 percent) for healthy eating styles, followed by "includes certain foods I define as healthy" (25 percent).

The definitions of healthy and natural foods are also being conflated. According to the survey, "natural" food is most often associated with having no preservatives or additives (29 percent of respondents), having ingredients that come straight from nature and whole foods (19 percent) or having no artificial ingredients or flavors (17 percent).

How Americans are trying to get healthier

One-quarter of Americans have changed their diets in the past year, most notably by eating more fruits and vegetables, making "small changes," and drinking water or low- and no-calorie beverages—although those who were already in better health were more likely to report positive changes than other respondents.

"For the past 11 years, the IFIC Foundation has provided some of the most wide-ranging and compelling insights and trends about Americans' attitudes and behaviors around food, health, and nutrition," said Kimberly Reed, president of the IFIC Foundation.

The results are derived from an online survey of 1,003 Americans ages 18 to 80, conducted March 17 to March 24, 2016. Results were weighted to ensure that they are reflective of the American population, as seen in the 2015 Current Population Survey.  Specifically, they were weighted by age, education, gender, race/ethnicity and region.

7 notable lawsuits in the struggle to define natural
Jan 14, 2014

[email protected]: FDA rethinks 'healthy' labels | Amazon + Tyson are getting into the meal kit biz
May 10, 2016