Organic food industry boosts economy with half a million jobs 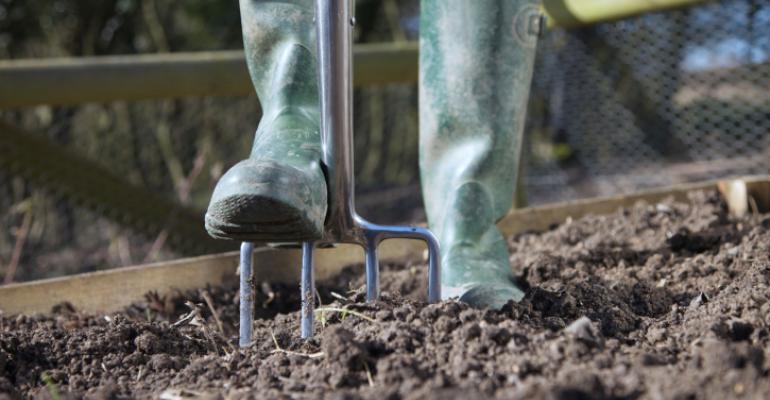 The economic news this week is positive for the U.S. organic industry, according to a new report. But overall, is the country headed into true economic recovery?

In March, the U.S. Labor Department reported that hiring slowed to half the pace of the previous three months. But the booming organic industry paints a different economic picture—it's creating thousands more opportunities than the conventional food industry according to a new economic study.

The Organic Trade Association (OTA) released the "2010 Impacts of the U.S. Organic Foods Industry on the U.S. Economy" report today at its Policy Conference in Washington, D.C. The report found that for every $1 billion in retail sales of organic products, 28,000 more jobs were created. In all, more than 500,000 American jobs were created by the organic food industry in 2010.

The study compared a wide range of conventional and organic farms. The need for smaller farms with greater labor intensity, plus the organic certification industry and a reliance on smaller retail outlets led to increased job creation.

'Organic is a no-brainer'

"This report is only the latest testament on why supporting organic is a no-brainer," said Congressman Sam Farr (CA-17). "[It] sends a strong message that doing what's good for the environment and what's good for industry economics are not mutually exclusive."

The economic study comes on the heels of OTA's 2012 Organic Industry Report that found the industry topped $31 billion in sales in 2011.

As part of "Organic Week in D.C.", New Hope Natural Media and OTA members are visiting members of Congress to advocate for organic programs in the next farm bill. Congress is expected to slash funding overall in the farm bill.

With or without funding, it will take more than the organic industry to stimulate a full economic recovery for the United States. In a mid-March meeting, the Federal Reserve's Open Market Committee reviewed information that showed U.S. economic activity was expanding moderately, and that overall the economy was looking up. But on Wall Street, after steadily climbing for months the Dow Jones Industrial Average is dropping.

So how is the natural and organic industry feeling about economic recovery—or lack thereof? We asked seven industry leaders to share their candid thoughts.

TAGS: Food and Beverage Archive News General Regulatory
3 comments
Hide comments
Related
Wellness is the place to be, even in a tough economy
Jul 30, 2009

What natural companies really think about the economic recovery
Apr 23, 2012