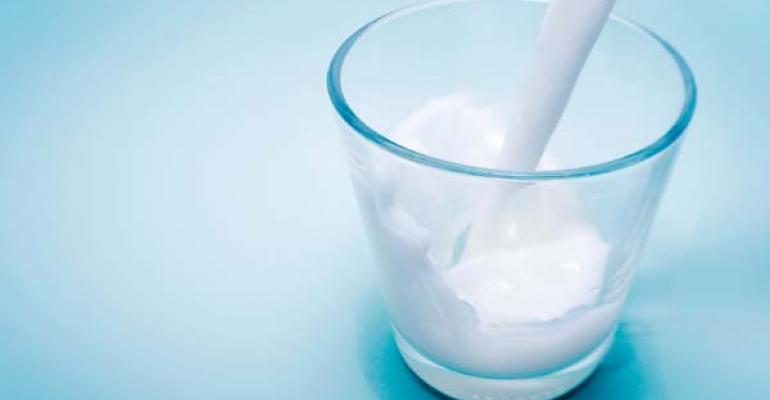 Organic milk consumers, especially on the East Coast, are finding it increasingly difficult to find their favorite organic milk in stock. That's because organic dairy farmers can't produce enough milk to meet demand, reports the New York Times. As a result, retail prices are expected to increase by as much as 10 percent this month across the country.

Organic farmers face a familiar dilemma: the costs of producing milk have risen, while the profit farmers make has not. Expensive hay and grain prices are to blame, partly due to the increasing demand for corn to produce ethanol. What's more: last year, the price of conventional milk rose closer to organic's, while the costs of conventional dairy farming have not risen as much as organic costs have.

The Western Organic Dairy Producers Alliance recently sent a letter to major milk processors such as Horizon and Organic Valley, stating that to make organic dairy farms profitable, farmers would have to receive a 20 percent increase in pay. That amounts to $5 more for every 100 pounds of milk. If passed on to consumers, this would increase retail prices of organic milk by 22 cents a half gallon.

This potential price hike comes at a time when consumers are drinking more organic milk than ever. The U.S. Department of Agriculture said sales of whole organic milk increased 17 percent from January through October last year compared with the same period last year.

The New York Times reports that the shortage of milk has been most pronounced in the Northeast. Dairy farms tend to be smaller there than in the West, and Stonyfield Farm of New Hampshire buys a large portion of the local organic production. Stores that have been hard hit by the shortage include Publix, Wegmans and Target.

An unfortunate side effect of the shortage: Some of the Organic Valley dairy farmers who had previously switched to organic processes are now switching back to conventional. It's a move that would be almost unheard of in the past, said George Siemon, chief executive of Cropp, a farmers co-op that produces Organic Valley milk.

Will 2012 bring with it an organic milk shortage? Tell us in the comments.