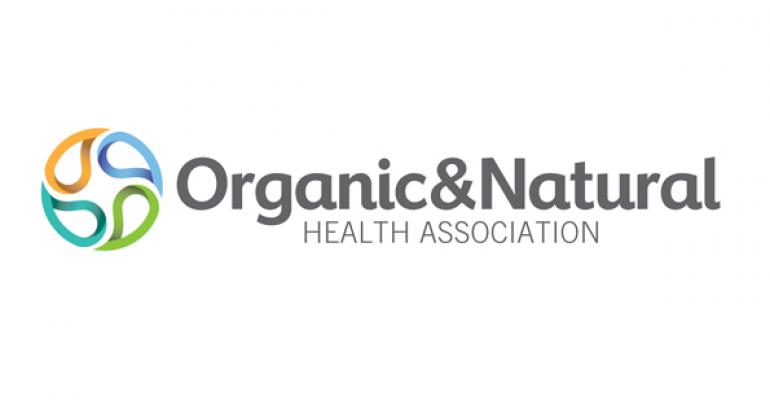 The role of activism in supplements and food was a key theme at O&N's second annual conference.

"What are we going to take to Capitol Hill? Will it be to reopen DSHEA? Probably," said Karen Howard, CEO and founder of Organic and Natural Health Association, in her opening remarks at the organization’s second annual conference last month.

The Ft. Myers Beach, Florida, conference, which was double the size of last year's (an indicator not only of growth, but what Howard calls a broadening of interest outside of the industry’s "usual and customary"), was less about what O&N will do, however, and more about education and unification of constituents throughout the dietary supplement supply chain.

Related: What role can natural retail play in building trust for supplements?

"I’m really pleased with the way the content went," Howard told New Hope and NBJ. "For me it was a unique opportunity to change the conversation—not just make it about supply chain issues, which is really important to us, but to talk about the continuum of the industry at large.” That is, food and supplements, she added, "without always comparing ourselves to pharmaceuticals." This is an important view of supplements, one in line with DSHEA. For Howard, it appears, supplements need to be brought down to their place as "the most regulated of foods."

Highlights included Howard, Venable’s Todd Harrison, former West Virginia Attorney General Charlie Brown and Amin, Talati, Upadhye’s Ivan Wasserman (among others) discussing regulatory and political challenges and opportunities over the coming years, and a supplement industry increasingly governed by states, not feds. CBD and kratom case studies were presented in a panel that could have been titled, File the notification! Science, too, held a prominent seat in the conference, including Aker’s omega testing program to identify optimal supplementation levels for individuals, and HRI Labs’ near-future programs to verify food items, discerning the difference, for instance, between grass-fed and CAFO beef. The latter dovetailed nicely with a regenerative agriculture panel.

Consumer action was a notable theme throughout the one-day conference. "What we’re going to see in the next four years is an upsurge of consumer awareness and activism," said Ronnie Cummins of the Organic Consumers Association, referencing multiple concurrent crises: "There’s a climate crisis, a public health crisis and a political crisis," he said. "We need to solve these problems simultaneously." These will combine to elevate activism, Cummins believes.

"The consumer, for us, has always been the driver," Howard told NBJ. "Remember the first thing for us was, 'we’re going to define natural and issue a seal,' and at the end of the day the conclusion was it doesn’t serve consumers. That’s why we walked away from it; not many organizations would be bold enough to do that. We’re not afraid to make changes like that as long as it’s serving consumers."

In a nation presently driven toward activism, will there be more activism in and around the supplement industry? "As long as we’re following the consumer and doing what we think is in their best interest, there will more activism," said Howard. "There needs to be more activism."

Whether or not it’s a tackling of DSHEA, O&N—and the entire industry—will likely see this uptick in activism. "As an industry, I think we’re really lazy. I think we think it’s just fine to rank just above big business and Congress in the trust department," she continued, citing NBJ’s 2016 trust research. "I think that requires effective action. We can’t rest on our laurels."

The value that matters most in business today: Being truly trustable
Feb 25, 2016