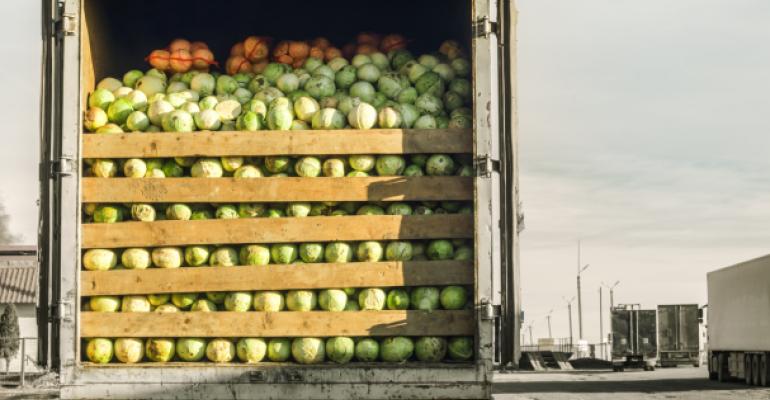 New report from OTA shows almost 60 percent upswing in U.S. organic exports and a net positive for all parties.

Since 2009, the United States has entered into international accords with Canada, the European Union and major Asian trade partners to promote the trade of organic products. But have these arrangements lived up to their promise? A new report released by the Organic Trade Association shows these trade understandings have significantly boosted overseas business for U.S. organic.

In a relevant and timely study on the impacts of organic equivalency arrangements, these accords were found to have collectively increased annual U.S. organic exports by 58 percent during 2011-2014 over what exports would have been without any agreements in place. Conducted by Dr. Edward Jaenicke, associate professor of agricultural economics at Penn State University, the study for the first time singles out organic equivalency policy to scientifically evaluate whether the policy is having its intended results.

"OTA worked hard with U.S. officials and organic stakeholders to get these equivalency arrangements in place to benefit the American organic sector, and we needed to analyze if indeed they are performing," said Laura Batcha, OTA executive director and CEO. "We're pleased to see this study shows that these trade arrangements have resulted in increased business opportunities for the American organic sector, and have also benefited our trading partners by introducing their organic products to U.S. consumers. Studies like this are critical tools to help guide policymakers."

In addition to finding that organic equivalency arrangements—which allow organic products certified in one country to be labeled and sold as organic in another country without additional inspections or paperwork and without compromising the organic integrity of the products—have strengthened exports of U.S. organic products, the study's model also concludes that annual organic imports by the U.S. during 2013-2014 were double what they would have been without any agreement.

How the study was conducted

The study focuses on the 2011-2014 period. The U.S. Department of Agriculture tracks exports and imports for agricultural products with a special harmonized system trade code, known as an HS code. HS codes were first issued for organic in 2011, and there are now 34 export and 40 import codes for organic products.*

Jaenicke explains the report's findings are based on a "gravity" trade model, which assumes that trade is likely to be larger between countries with larger economies. The gravity model has been used since the early 1960s to analyze trade-related policies, with the advantage that it can accommodate a wide range of countries with a wide range of policies. He said policy-type variables are added to the model to reflect factors that might make trade less or more burdensome. In this study, the organic equivalency arrangements with Canada, the EU, Japan and Taiwan were coded into the variables and then put into the model.

What the study finds

The study found a neutral impact on annual organic exports to the EU, and a 91 percent increase in imports of EU organic products. Jaenicke explained the current HS codes only track single-ingredient items, so any value-added organic products like baby food, baking flours and snacks that are popular in the EU market are not included. That fact, plus the existence of other trade barriers not associated with organic, dampened the study's outcome for the EU, he said.

OTA has now spearheaded and underwritten two significant studies on organic trade in its effort to build a sound set of data for organic stakeholders and policymakers when they make their business decisions and design policy. A landmark report in April revealed key insights into organic global trade by compiling for the first time the officially tracked organic food products sold by U.S. exporters and bought by U.S. importers. This latest report is now available for download.

"Organic export policy is evolving, and the statistics on organic trade are still incomplete," said Monique Marez, associate director for international trade for OTA. "Studies like the ones OTA has made possible do much to provide important information for the organic sector, and they also show the need for more data and more tools for organic, including more HS codes so that we can accurately track organic trade."

*While the number of organic codes for exports has not increased significantly since 2011, the number of organic import codes has doubled. The study uses one data set of 2011-2014 for organic exports. To account for the import code discrepancies, the study uses two data sets for organic imports: one for 2011-2014 which used the 20 product codes and one for 2013-2014 using 40 import codes, thus covering more products but in a shorter time frame. The study's author says that while both sets of results are correct statistically, the variety of products in Dataset 2 reflects a more accurate picture of organic imports.