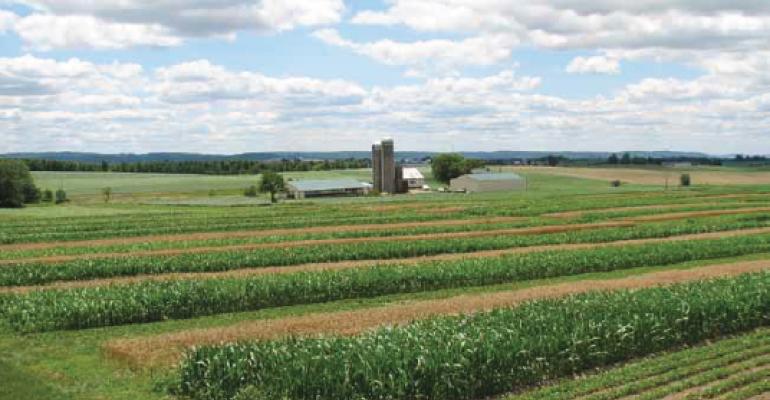 While organic farmers bask in the glow of the positive results from Rodale Institute&#39;s ongoing Farming Systems Trial, the question remains: Is organic food more nutritious? See which organizations are getting ready to answer this question in the next few years.

It's official: Organic farming outperforms conventional, chemical farming when it comes to crop yields, sustainability and profit. The evidence is found in Rodale Institute's Farming Systems Trial, the longest-running scientific comparison of organic and conventional agriculture, celebrating its 30th year in 2011.

The study targets large-scale grain growers and includes three crops: corn, soybean and wheat. (As of 2008, genetically modified corn and soybean were introduced into the study to better assess the landscape of American agriculture.) Then-CEO Robert Rodale's vision was to assess high-acreage crops to make growers aware that they were being led down the pathway to less money by using pesticides, said Elaine Ingham, chief scientist for Rodale Institute.

Unlike many organic and conventional farming comparison studies, the Farming Systems Trial is scientifically rigorous to ensure an accurate representation of farming practices. The study includes four replications (repeating the study using the same methods but with different researchers) for each of the four different management systems: organic manure, organic legume, conventional synthetic (the majority of the grain farms in the U.S.) and no-till systems.

The study's conventional plots are immediately adjacent to the organic plots, so both experience the same soil types and weather patterns. Also, the now-organic plots began as conventional and have been remediated over time. To dispel any organic bias, Ingham said the farmers involved in the study are veterans of farming with chemicals, and the study's advisory committee contains members who are strongly entrenched in chemical agriculture.

Over three decades, the study has yielded eye-opening results for conventional farmers:

Charles Benbrook, PhD, chief scientist at The Organic Center in Boulder, Colo., said the study "already has a big impact on what scientists think about sustainable and organic cropping systems. Whether it's had a big impact on drawing conventional farmers into organic is in the eye of the beholder."

While the study may not shift the mindset of those already invested in Big Ag, Ingham hopes it will change consumers' minds. "What we're really doing this work for is to change the mind of the individual who eats food," she said. "As a consumer, you vote with your dollars. What are you going to choose to buy? That's where we'll make the difference."

Is organic farming best for our health?

In terms of sustainability, defined by Rodale Institute as a "system that can maintain or enhance soil fertility indefinitely," the Farming Systems Trial provides evidence that organic farming is the solution for a chemically saturated agricultural system that depletes soil and poisons water.

But the question remains: Is organic food more nutritious? The controversy over whether organic is more healthful crops up every year with a new study, but be careful what you believe, Ingham said.

"When we start looking at nutrition, you have to be very careful not to be biased in your choice of materials," she said. "You have to choose same soil, same climate and same harvesting at the same time. A lot of the studies that are showing organic isn't better than conventional don't tell you how long the plant material has been hanging around. Sometimes, the organic had been sitting around while the conventional was just picked, which can bias the results."

While the Farming Systems Trial has not yet addressed the nutrition question, Ingham said Rodale is currently writing proposals to secure grants for nutrition studies. The Organic Center and Rodale Institute hope to work together on the study, using The Organic Center's Nutritional Quantity Index. "The Nutritional Quantity Index is the most sophisticated nutrient profiling system that's out there," Benbrook said. "It's a rigorous, evidence-based way to quantify the nutrient contribution of a serving of apple compared to yogurt compared to a grain-based product."

The two organizations hope to go back 10 or even 20 years to analyze the Farming Systems Trial's samples for nutrient content. "We know over the last 30 years that the nutrient content of conventional soybean and corn has gone down 20 percent to 30 percent," said Benbrook. "It will be interesting to see if the sustainable, organic plots have avoided that degree of nutrient decline."