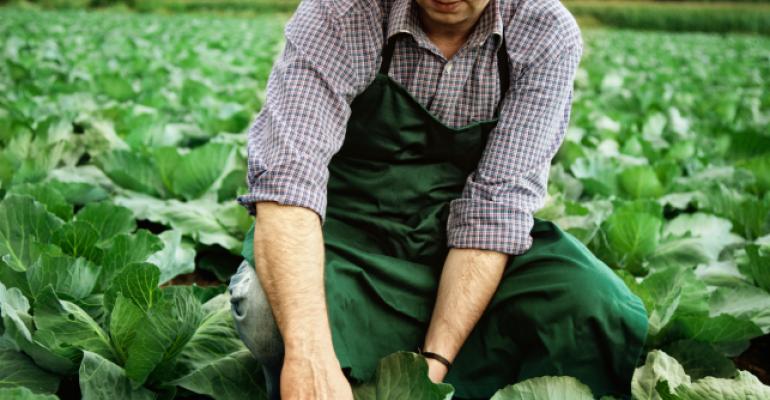 USDA estimates that not having to contribute to conventional check-offs will free up an extra $13.6 million per year for organic stakeholders to invest back into the organic industry.

The announcement that all organic farmers and handlers in the United States would be able to choose whether to pay into and participate in conventional commodity check-off programs or opt out of those programs and put their dollars into a proposed organic research and promotion order now under review by the U.S. Department of Agriculture was hailed by the Organic Trade Association as a major victory and step forward for the organic sector.

USDA, in a-long awaited announcement in the Federal Register, said the exemption from paying into conventional check-offs for organic farmers, handlers, marketers or importers with the 100 percent organic label would be extended to the primary organic label (95 percent organic) and pertain not exclusively to farmers or handlers who work solely with organic products, but also to those who produce, process, handle and import both organic and conventional products. The 2014 Farm Bill authorized the USDA to expand the exemption.

USDA estimates that not having to contribute to conventional check-offs will free up an extra $13.6 million per year for organic stakeholders to invest back into the organic industry.

There are now 22 national commodity check-off programs in place in the U.S. These programs are funded by producers of the specific commodity and have been a part of American agriculture for almost 50 years. The new rule will also exempt eligible operations from paying into the portion of the assessment in federal marketing order programs designated for market promotion activities. There are 23 federally administered state marketing order programs with market promotion authority.

Research and promotion tailored for organic

The unique and specific needs of the organic sector, however, have been largely unaddressed in the check-off and marketing order programs currently in place in the country. In a study recently released from Santa Clara University, researchers in April and May of 2013 surveyed California organic produce growers who were subject to government-mandated marketing programs (GMMP) in the state and found widespread dissatisfaction regarding the benefits of these programs for organic.

A majority of the producers surveyed, which included large and small growers of some 14 different types of organic produce and in all parts of the state, felt that organic crops were not being specifically promoted, and were concerned that none, or very little, of what they were contributing in assessments were being set aside for organic.

Responding to organic’s unique research needs and the need to promote and educate the organic brand to the public, OTA worked with organic stakeholders for over three years to design a check-off promotion program specifically for the organic sector. After gathering input from thousands of organic stakeholders, conducting extensive research on the needs of the organic sector and consumer attitudes towards organic, and studying other check-off programs to incorporate the most effective aspects of those programs and design a reform-oriented program that would fairly represent the entire organic sector, OTA submitted its official proposal to USDA in May for an organic check-off, known as the GRO Organic program.

OTA estimates that an organic check-off could raise at least $30 million a year for the industry to go mainly into research, and also into information dissemination, promotion and consumer education activities.

“The Farm Bill also authorized USDA to consider and hold a vote on an organic check-off, and we now look forward to USDA moving forward on our proposal,” said Marni Karlin, vice president of government affairs for OTA.