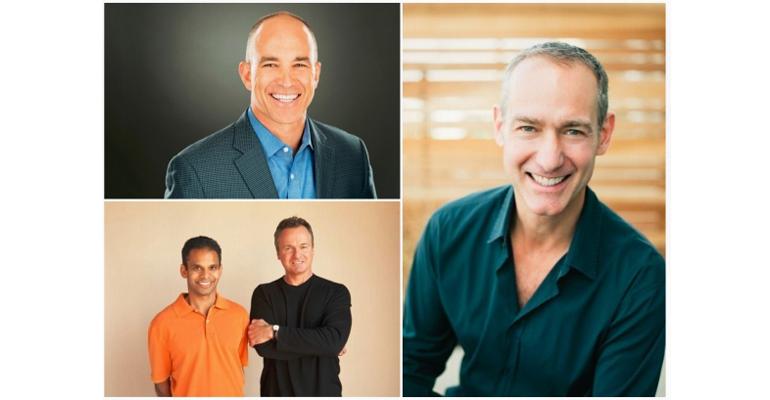 What do the founder of ZICO Coconut Water, the cofounders of the largest vegetarian chain restaurant in the U.S. and a Navy veteran turned venture capitalist have in common?

Like many in the natural products industry, they see huge opportunity in the plant-based food market, and they now have a $42 million fund to invest in exciting young companies.

Mark Rampolla, who sold his company ZICO Coconut Water to Coca Cola in 2013, teamed up with Veggie Grill cofounders Kevin Boylan and T.K. Pillan, and Dan Beldy, who was formerly with Disney's venture arm, to form Powerplant Ventures.

"It's a very interesting confluence of career paths and skill sets—entrepreneurs, investing,

technology—and the four of us converged to form Powerplant Ventures because we think it is important for us to start re-architecting our food system," Boylan said. "The whole idea is to deliver better nutrition in more sustainable and ethical ways by leveraging the power of plants."

Boylan noted that growing consumer awareness around the health benefits of eating plants and the environmental impact of raising livestock is leading many consumers—especially millennials—to reduce their meat intake. "People who aren’t vegetarian, much less vegan, are starting to eat plant-based as part of their routine," he said. In fact, about 80 percent of patrons at Veggie Grill, a fast-casual chain of 28 restaurants on the West Coast, are meat eaters, Boylan said.

Even for those who aren't reducing their meat intake, there are signs many consumers are at least being more thoughtful about their meat choices. In their Power of Meat 2016 report, the Food Marketing Institute and North American Meat Institute found that more than one-third of consumers surveyed said they were spending the same amount of money on meat but buying fewer and/or different items. Meanwhile, plant-based food sales grew 10.7 percent in the natural channel in the year ending June 12, according to SPINS.

And investors are taking notice. Last fall, Impossible Foods raised a whopping $108 million for its plant-based burgers, and WhiteWave dove into plant-based protein with its acquisition of Vega. In addition to the start of Powerplant Ventures, this year has also seen the formation of New Crop Capital, a $25 million venture fund that will target plant and culture-based alternatives to animal agriculture, and noteworthy investments like 301 INC.'s participation in an $18 million round for vegan cheese maker Kite Hill.

"There are a lot of companies out there—you can’t believe the dealflow we’re seeing—that are poised to capitalize on this massive shift that’s really going to change the way that we grow, process, distribute and consume food," Boylan remarked.

That emphasis on the whole supply chain is important. About three-quarters of Powerplant Ventures’ fund will be used to invest in what Boylan called "next wave better-for-you-foods." These are companies like Hail Merry and Rebbl, which are already part of its portfolio, that are early category leaders with $1 million to $10 million in revenue. Another 20 percent will fund "paradigm changers" like Hampton Creek and Thrive Market, Boylan said, which are crossing food and tech to disrupt an existing category.

And the last 5 percent will be designated as seed funding for "blue ocean" opportunities—like a company called Treasure8, which developed a dehydration process that turns leftovers from farming and food processing into a powder that can be added to other food products to boost its nutritional value.

"The way that we eat is about to really change, and for the better," Boylan said. "We’re going to help drive that by supporting entrepreneurs that are using plant solutions for food and drink."