The problem with low-fat, low-sugar and low-salt claims 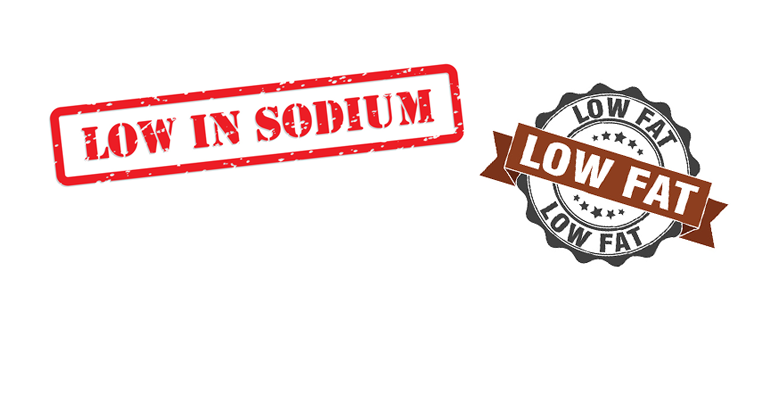 Low-content nutrient claims are often not indicative of a product's overall nutrition profile and may confuse consumers, a new study concluded.

Food label claims are no stranger to controversy, and educated consumers may know how to read between the lines of some of the claims they see on products. But many claims are entirely misleading and give the average consumer a false sense of confidence in choosing products they think are healthy, according to a new study.

An analysis of 80 million food and beverage purchases from more than 40,000 households found that while 13 percent of foods and 35 percent of beverages purchased had a low-content claim—either low-fat, which was the most common, or low-calorie, low-sugar or low-sodium—those claims did not necessarily represent high nutritional value. "In many cases, foods containing low-sugar, low-fat or low-salt claims had a worse nutritional profile than those without claims," explained lead researcher Lindsey Smith Taillie.

The researchers suggest the problem is rooted, in part, in the FDA’s lax rules allowing food and beverage manufacturers to assign labels in different ways for different foods, and there’s no standard that governs what "low" means, so the claim is often relative to other brands or items in a category. A cookie labeled low-sugar, for example, may have less sugar than another version of the cookie, or than another brand of cookie, but for someone who needs to limit their sugar, the claim can be essentially meaningless. The claims may also suggest to the consumer that the product is healthier—but "reduced-fat" Oreos contain the same amount of sugar per serving as full-fat Oreos, even if their fat content is in fact lower. Chocolate low-fat milk, as another example, may be lower in fat than plain milk but is higher in sugar, and is higher in both sugar and fat compared with other beverages.

The study, published in the Journal of the Academy of Nutrition and Dietetics, is a reminder of the seemingly Wild-West nature of food label claims, and the risks that weak or inconsistent regulations pose for consumers who struggle to make healthier food choices.

"A low-/no-nutrient claim means different things for different foods. This could potentially lead to confusion if consumers focus on seeking out products with specific nutrient claims or use a claim to justify the purchase of less-healthy foods," said Taillie. "In fact, in some cases, products that tend to be high in calories, sodium, sugar or fat may be more likely to have low- or no-content claims."