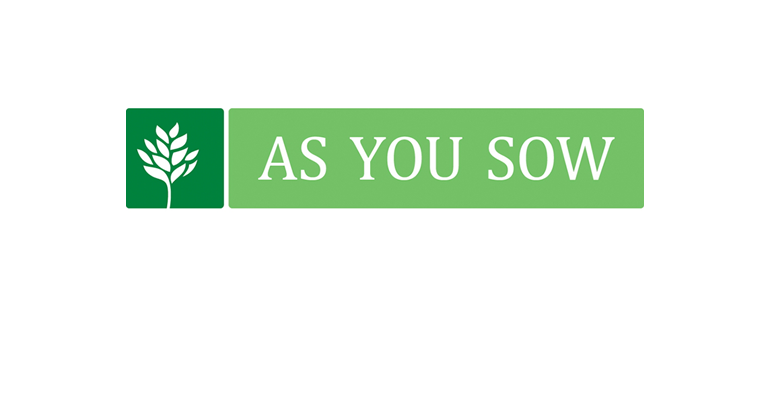 A new report from As You Sow reviews the risks of farm systems reliant on high levels of toxic pesticides and provides benchmarks for improved management practices and transparency.

Today, As You Sow released its Pesticides in the Pantry: Transparency & Risk in Food Supply Chains report, examining the growing risk to food manufacturers posed by the use of synthetic pesticides in agricultural supply chains.

The report scores 14 major U.S. food manufacturers on their performance on 30 indicators designed to measure how effectively companies are reducing pesticide risk and advancing the interests of their stakeholders. Scores for this inaugural year of reporting were relatively low. General Mills and PepsiCo ranked highest while Post and B&G Foods scored lowest.

Out of a total possible score of 30, General Mills (18 points) and PepsiCo (14 points) earned the most points with Post and B&G Foods scoring the lowest (0 points each) followed by Kraft Heinz, Conagra, and J.M. Smucker (2 points each). While most of the companies surveyed have some form of sustainable sourcing program in place for their supply chains, such programs lack clear criteria and almost none include pesticide use as an indicator within those programs.

“Most of the companies we surveyed scored very low in this first year; on the whole, food manufacturers are not taking adequate action to address pesticides in their supply chains,” said Christy Spees, environmental health program manager of As You Sow. “There were, however, leaders in the pack as well as noteworthy practices that will help guide others to take action.”

Conventional, pesticide-based agriculture is increasingly coming under fire. Consumers are demanding cleaner, safer foods and voting with their dollars. Litigation is raging around the health harms of the ubiquitous pesticide “Roundup,” while a growing body of scientific research connects pesticide exposures to harmful human health effects ranging from cancer, cardiovascular disease, birth and developmental defects, to liver and kidney disease, and obesity, among others. The harms of pesticide-based agriculture are also accruing across the environment—from loss of critical pollinator species to toxic waterways. Studies demonstrate connections between pesticides in the environment and reduced biodiversity and impacts on endangered species.

“Our children's vulnerability to pesticide residues is a serious issue,” said André Leu, international director of Regeneration International. “Most people get their pesticide exposure from food. There is not one published scientific study proving the safety of these pesticide residues for children, however there are numerous studies showing that the most minute residues can harm the developing fetus, growing children, and adolescents going through puberty.”

From an economic standpoint, the cautionary tale of Bayer and its flagship product Roundup shows the impact industrial-scale pesticide use in farming can have on shareholders. Since the acquisition of Monsanto, Bayer’s share price has plummeted by more than 40% and the company’s market capitalization is nearly equal to what it paid to acquire Monsanto. Bayer continues to face thousands of lawsuits alleging the active ingredient in Roundup, glyphosate, caused plaintiffs non-Hodgkin’s lymphoma.

“The conventional, pesticide-dependent agriculture system is simply not working anymore—for farmers, consumers, communities, or the environment,” said Danielle Fugere, president of As You Sow. “The time is ripe for corporations to use their market influence to shift supply chains towards more innovative and sustainable farming methods that benefit all of their stakeholders.”

The report identifies alternative solutions to support farmers in transitioning away from chemical-dependent farming systems. Certified organic farming, integrated pest management, and regenerative agriculture can be successful approaches to the problems associated with pesticide-dependent farming methods.

Source: As You Sow