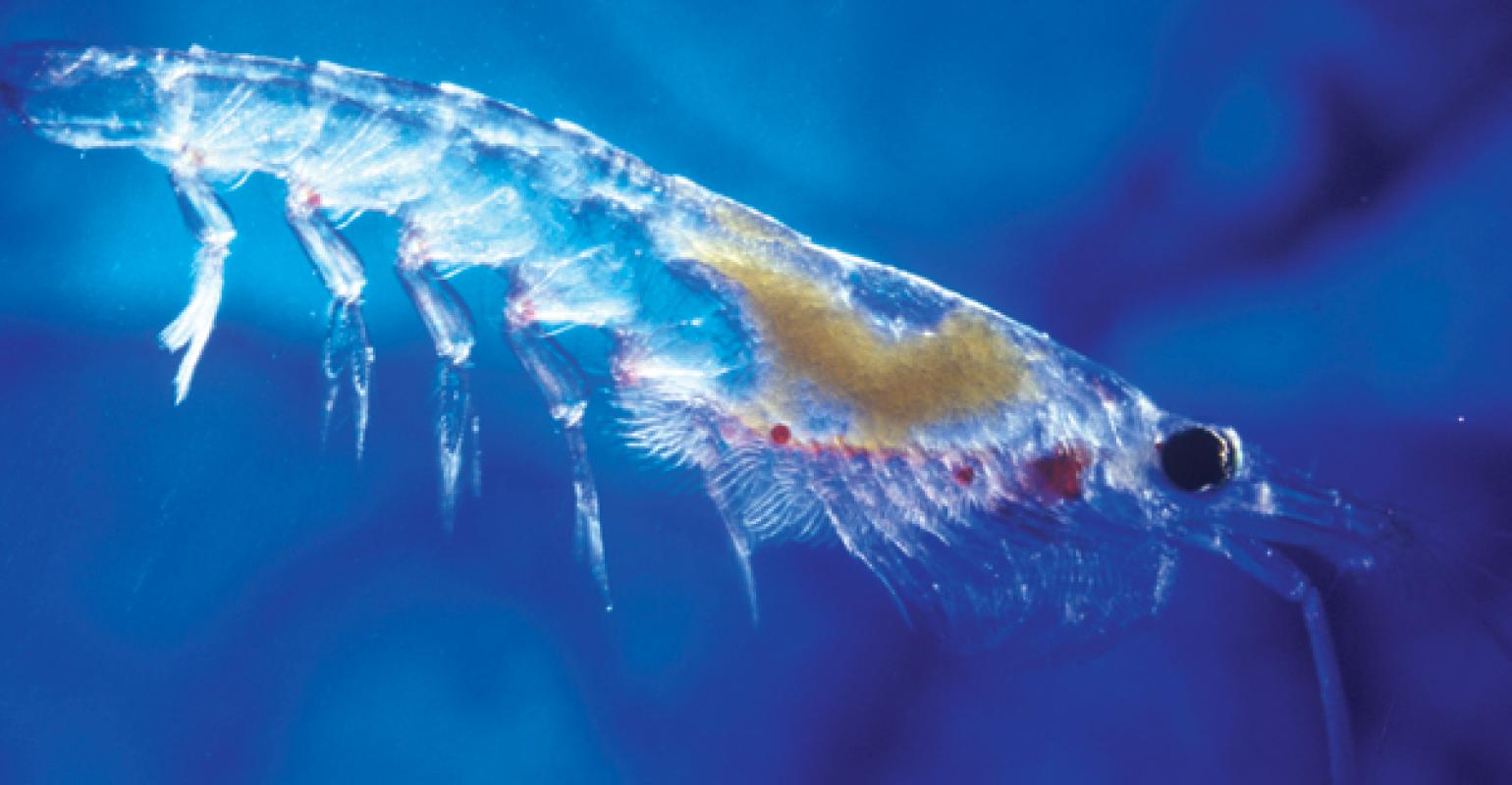 Research on krill sustainability ramps up

The Norwegian Foreign Ministry will invest about $1 million into research on how the Antarctic krill harvest affects penguins and other predators. Aker BioMarine, the world&#39;s largest krill harvester, applauded the move and supports more research into sustainable krill harvesting. Having a strong research base could avoid problems plaguing other fisheries, in which overharvesting becomes apparent only after it&#39;s too late.

In early September, the Norwegian government announced a significant investment into research on krill sustainability in the seas surrounding Antarctica. The approximately $1 million infusion will help collect data on the amount of krill biomass and how harvesting operations might affect the populations of top predators such as penguins and seals.

The move was applauded by the Norwegian chapter of the World Wildlife Fund, which said, "There are still large gaps in our knowledge about the ecosystem, climate change and the impacts of the krill fishery. WWF therefore warmly welcomes the news that the research in the Southern Ocean will be strengthened to learn more about the penguins, seals and krill in the Antarctic."

The issue of how krill is harvested—and how much is harvested—has been on the radar in the natural products space ever since Whole Foods Market moved last year to exclude krill supplements from its shelves because of sustainability concerns.

Aker BioMarine, headquartered in Oslo, Norway, also applauded the investment by the Norwegian Ministry of Foreign affairs. Aker BioMarine is the world’s largest harvester of krill, bringing in half the annual catch with just one advanced vessel.

The company invented a specially-designed filter net that goes over the mouth of the big trawl net. Aker BioMarine says this excludes bycatch, which has been a major concern in other fisheries. The net stays submerged for two or three weeks at a time and the krill are pumped via a tube up to the ship. Unwanted species of fish, birds or mammals can’t enter the net, nor do they ever leave the water.

Aker BioMarine has also been a major supporter of krill research, say Eric Anderson, vice president for sales and marketing. And last year the krill fishery became certified by the Marine Stewardship Council. "The krill fishery today is absolutely sustainable. It is one of the best-managed fisheries in the world. The krill biomass in that area is the largest underexploited biomass in the world today," he said.

"We’ll be the first company to say that, yes, we need more research. We need a better understanding of the impact on predator populations," Anderson said.

Aker BioMarine, the largest krill harvester in the world, has been committed to research from the beginning, Anderson said. The company has a number of sustainability certifications from organizations that monitor fisheries. With the krill fishery still in an underdeveloped state, it's a chance to develop sustainability data from the start, rather than wait until populations start to show signs of stress. At this point, it's often too late.

“We donate our vessel for a week a year which is hugely expensive to run a survey on the health of the krill,” Anderson said. Two other surveys on krill populations are also underway, he added.

What's being harvested today is one third of what was being harvested in the '80s, Anderson said. Back then the former Soviet Union operated a fleet of vessels to harvest krill for protein to supplement its citizens' diets. But keeping a vessel operating in Antarctica is very expensive, Anderson said, and after the communist command economy collapsed the vessels quickly disappeared.

"Of the biomass in the Southern Ocean we are harvesting about .35 percent of what's there," he said.

"It's kind of ironic when you look at all the issues with all the existing fisheries and you look at the krill. We do everything right and we're still taking some bullets," he said.

There have been indications recently that Whole Foods might be prepared to revisit the issue of the krill ban. Whatever they decide, Anderson said, it won't have much impact ontheir business.  Aker BioMarine supplies the raw material for Schiff's MegaRed krill supplement, which is the biggest-selling omega-3 SKU in the FDM channel. And only a small fraction of the krill that's harvested goes into human nutrition, with the rest going to aquaculture feed.

"Any retailer that decides it's not going to carry krill, they're making a statement. They're not making any sort of impact whatsoever," he said. "We invite all retailers and industry to the table to explore the issues surrounding krill harvesting.  We want all stakeholders to participate in the discussion."

The amount of krill that goes into dietary supplements is a tiny fraction of the total harvest.  Nevertheless, Whole Foods' action affected the perception of the entire industry as far as its sustainability credentials are concerned. The research grant by the Norwegian government and Aker BioMarine's support of research are moves toward changing this perception.