HomeNewsRetailers say no to GE salmon
Recent
Latest
Innovation at Milkadamia is a weekly exercise
May 27, 2022
Sponsored Content
Are there potential carcinogens swimming in your biobased laundry detergent? – article
Rowdy Mermaid disrupts functional beverages with science-based innovation
May 26, 2022
Monitor: Environmental claims confuse consumers—even natural shoppers
May 26, 2022
Trending
Getting ready for 2023: Trends for brands to consider
May 17, 2022
Natural beauty market trends
Jun 16, 2021
The Planting Hope Company aims to prove gender equity leads to success
May 23, 2022
Podcast: What brands need to get on shelf at Fresh Thyme Market
May 24, 2022

Retailers say no to GE salmon 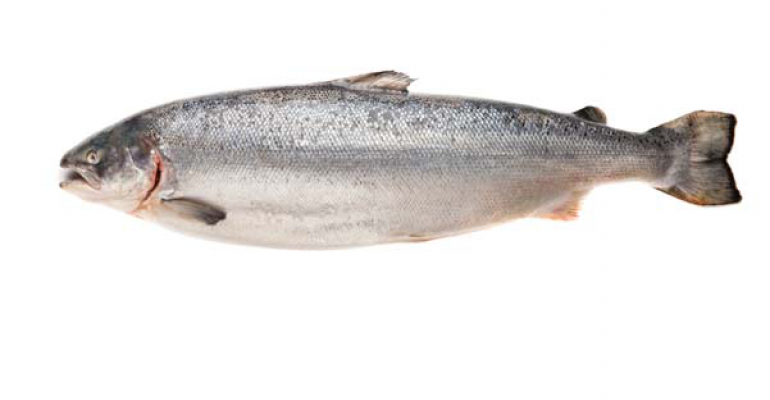 In addition to Costco and Hy-Vee&#39;s recent statements, retailers including Aldi, Kroger, Raley&rsquo;s, Safeway, Target, Trader Joe&rsquo;s and Whole Foods Market all have policies not to sell GE seafood.

In the wake of the FDA’s approval of AquaBounty Technologies’ genetically engineered salmon last week, Costco Wholesale Corp. and Hy-Vee have issued statements declaring they will not sell the fish.

“Although the FDA has approved the sale of GM salmon, Costco has not sold and does not intend to sell GM salmon at this time,” the retailer said in a statement distributed by Friends of the Earth, a non-profit opposed to GE seafood.

Similarly, Hy-Vee reiterated its stance on the issue with this statement:

“Hy-Vee is committed to selling high-quality seafood that also is harvested or raised in a manner that provides for its long-term sustainability while minimizing damage to the environment and other sea life. In order to protect marine resources and ensure future seafood supplies, Hy-Vee strongly believes that genetically engineered seafood has no place in its stores.”