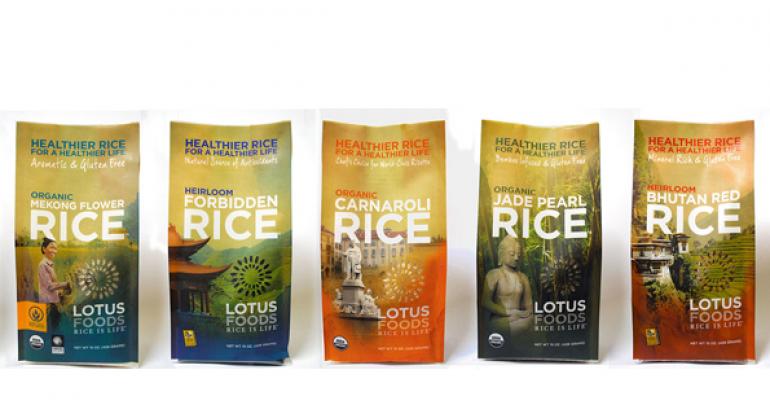 Lotus Foods is proud to announce its completed conversion to a fully certified B Corporation. Unlike traditional for-profit companies, certified benefit or B corporations are legally obligated to consider the impact of their decisions on their employees, suppliers, community, consumers and environment. “We believe we can change the world for the better with how we do business,” says Lotus Foods' cofounder and co-CEO, Caryl Levine. “This is the essence of being a B Corporation, and was already in our company’s DNA. But going through the actual process of certification has shown us how we can be an even better company. We have learned so much by working with the team at B Lab.”

The process of certification is rigorous and thorough, starting with an impact assessment of a company’s social and environmental performance, and followed up by an in-depth evaluation by B Lab staff. “We are proud of the scores we received in our Impact Assessment but want to do even better in the coming years,” says Levine. “For example, the median score for environmental practices is 7. We scored 32.”

Finally, the company must incorporate into its governance documents, legal statutes that embed the values and responsibilities of a B Corporation. “This was the last step in the certification process for us,” notes Levine. “We are excited to join the 1,600 other certified B Corporations committed to changing corporate culture to be socially and environmentally transformative.”

This spring Lotus Foods launched its “Do the Rice Thing” campaign, which seeks to raise awareness of global issues and solutions related to water and women in rice production. Rice is key to the survival of much of the world’s population but is one of the heaviest users of fresh water. And increasingly rice, which is still grown predominantly on several hundred million small farms, is managed by women, as men look for work off-farm. Levine observes, “International development agencies are talking a lot about the feminization of agriculture. With women already overburdened with household and farm chores, this has significant implications for women’s welfare and global food security.”

Since 2008, Lotus Foods has been creating market incentives for smallholder farmers who are growing rice using System of Rice Intensification (SRI) methods, which the company calls More Crop Per Drop to make the concept accessible to consumers. These  ecological practices enable farmers to achieve higher productivity with 25-50 percent less water, 80 to 90 percent less seed, less or no agrochemicals and reduced methane gas emissions. The impact on women’s bodies is reduced, as are their health risks by eliminating work in flooded paddies. “That’s why we say more crop per drop is water smart and women strong,” Levine explains. “These are the kinds of issues our customers want to know about and what B Corps are all about.”

Why my natural products store is a Certified B Corporation
Oct 08, 2014

For Emmy's Organics, B Corp certification represents all the good work consumers don't get to see
Feb 12, 2016