HomeNewsSocial media changes to Big Food just the beginning
Recent
Latest
4 tips to get ahead of chemical concerns in packaging
May 20, 2022
7 CBD favorites in the increasingly popular gummies format
May 20, 2022
Mission MightyMe helps parents introduce allergens to babies
May 20, 2022
UNFI's Eric Dorne to step down as chief operating officer
May 20, 2022
Trending
Whole Foods' honors 30 companies with 10th annual Supplier Awards
May 18, 2022
Getting ready for 2023: Trends for brands to consider
May 17, 2022
Sponsored Content
The rise of sustainable business – eGuide
Sponsored Content
Natural beauty market trends
Jun 16, 2021
Natural Products Expo
brought to you by 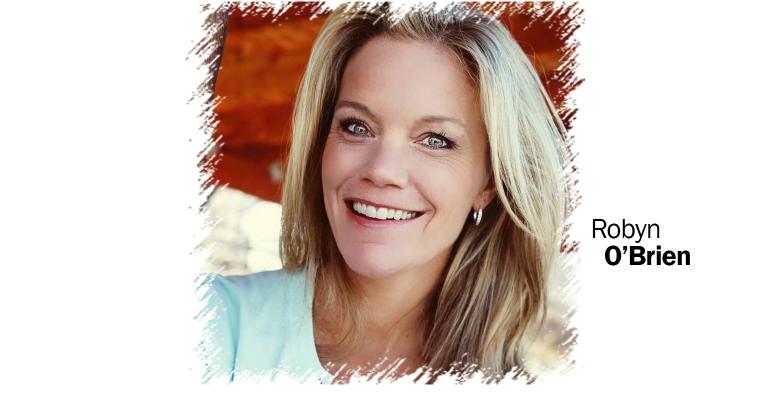 Food activist Robyn O'Brien reflects on how social media and big money are changing the natural foods space in advance of her Natural Products Expo East keynote address. The keyword values matters across the spectrum.

Robyn O'Brien has helped lead a food awakening among consumers, corporations and politicians. The former financial analyst founded the AllergyKids Foundation with the goal of making clean, safe food affordable for all Americans. As we gear up for O'Brien's Friday keynote address at Natural Products Expo East, we got her take on the state of the food industry.

As a recognized leader in the clean food movement, what excites you about how the food industry is changing?

Robyn O'Brien: Social media is changing the game. It has enabled a reach and movement that wouldn't have been possible 10 years ago. I think it's so fascinating how the food industry is watching it all happen and really following the buzz. One of the greatest examples is when Annie's announced a deal with General Mills and got 5,000 hate comments within the first 24 hours. It was a fascinating consumer reaction to a brand. John Foraker, Annie's CEO, doesn't marginalize or dismiss that. He recognizes that the consumer is your compass, telling you exactly what you need to know to move forward.

What do you mean by the consumer as a compass?

RO: The consumer compass is telling you where consumers are headed, whether they're opting out of sodas, meat or dyes. The companies that understand this, no matter their size, will grow the fastest. Previously, brands would pay to have that research done, pay to have focus groups conducted. But they can't say they "don't know" anymore. A good corporate executive will pay attention online, and the companies that do are succeeding. Annie's is doing a great job of this. Applegate just announced it is going non-GMO for its livestock, and that's 100 percent in response to conversations with consumers online.

Social media is changing the conversation, changing the food industry, and it's happening way ahead of Congress. In a way, Congress is making itself obsolete. Companies are listening to consumers and just opting out, saying they're not going to use GMOs. My take is policy will follow the money.

I also think the food allergy space is fascinating. You have these private Facebook groups with 10,000 to 12,000 parents of kids with a food allergy. When I tell companies about these private groups, they have no idea. You see people calling on retailers to change their practices and calling on Congress to enact change. The internet provides unprecedented people power, and I think we're still only in the early stages.

What does the growing wave of venture capital investment mean for the quality and integrity of natural brands and products?

RO: I worked as an analyst and managed $20 billion in assets. I saw firsthand that the pressure to produce quarter-over-quarter earnings growth is insanely intense. Public companies try to wiggle around it so they can meet shareholder demands. There are all kinds of tricks to do this, but a smaller company doesn't have access to that bag of tricks.

So it really gets down to the entrepreneur. If that person has strong business acumen, which some truly do, then he or she knows how to build a really efficient system and a really smart company. You see companies without that acumen making a lot of mistakes. Any company is going to make mistakes, but how quickly you recover from those determines how quickly you burn through cash.

The big companies first dismissed this movement as a fad. But it didn't go away, because cancer didn't go away, food allergies didn't go away. Now the fastest way they can make up for lost ground is to buy into the movement. The whole industry landscape is changing right now. Some companies will still be about cross-cutting and drive down product quality. It will be interesting to see how this all shakes out.

Any advice for smaller companies considering investment from a mainstream company or fund?

RO: Within the clean food space, it's really tricky. You have to be very careful when choosing investors to be sure their values align with yours and that the investment is about growth. If it's about cost-cutting, you can find yourself in an uncomfortable marriage with an investment group.

The cost of taking a company public is so high, so I would like to see the IPO process taken online. That would give companies the choice to maintain their autonomy rather than selling out to big companies.