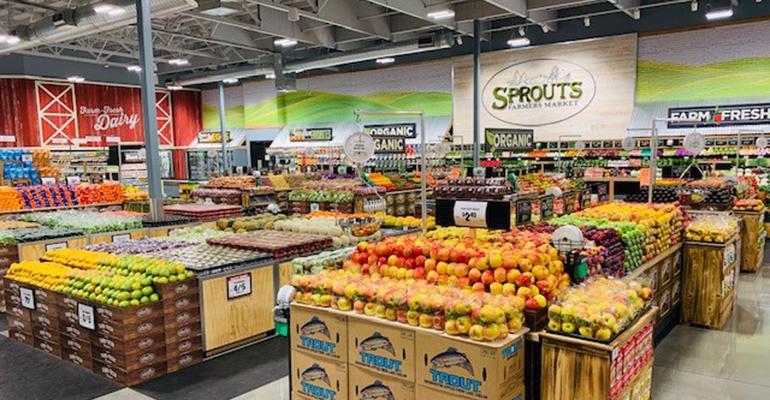 National grocer enforces social-distancing measures as it hopes to provide customers with healthy food and essentials they need as coronavirus spreads.

As consumers continue to strain the resources of grocers across the country, Sprouts Farmers Market is opening three new stores this month, with another scheduled for June.

The store in Silverdale, Washington, was scheduled to open in March, but that was delayed until April 8 because coronavirus was beginning to spread, according to The News Tribune in Tacoma, Washington. It's the third Sprouts location in Washington state.

"Our local teams are working hard to keep stores stocked by working closely with our distribution center and supply-chain partners to ensure regular deliveries," Sprouts spokeswoman Kalia Pang wrote in an email on Wednesday afternoon.

The company postponed its typical grand-opening events, such as sales and promotions, until the pandemic eases, Pang told the Kitsap Sun, so staff can be sure customers are practicing social-distancing guidelines.

The Silverdale location, about 33 miles west of Seattle, was chosen because of an unfilled demand for healthy food in the area, Pang told the Kitsap Sun. The company proceeded with the opening now because consumers need options for groceries during the pandemic, she added. 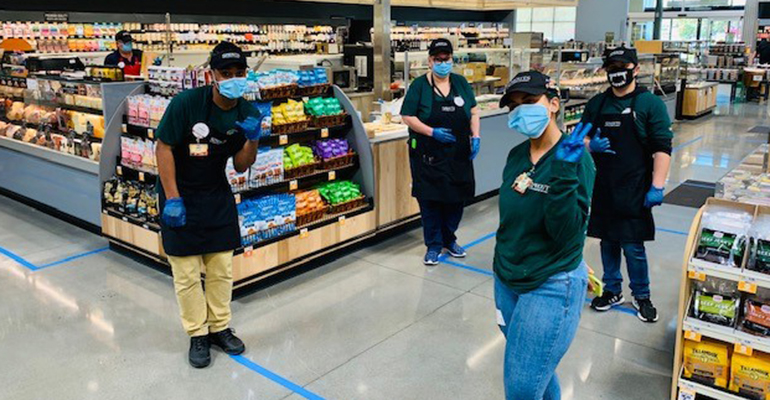 Before the Silverdale store opened Wednesday morning, people were waiting to get in, according to Pang. "Our Silverdale store had a line of a few dozen people this morning before doors opened, and our store team marked 6-foot spaces along the sidewalk to encourage guests to keep a safe distance from each other," she wrote. "We're confident in our continued supply and ask that guests are mindful of the needs of their neighbors when making purchases."

All Sprouts managers are regulating the number of shoppers in their stores, she wrote.

Click-and-pick options won't be available at the new stores until staff members are more comfortable with their positions. In Silverdale, it might be available starting in May, Pang told the Kitsap Sun.

A Seattle store had been scheduled to open April 15, The News Tribune reported in December. As of April 8, Sprouts' website doesn't have an opening date listed for that location.

In the press releases announcing the stores' openings, Sprouts Chief Operations Officer Dan Sanders said, "We're eager to provide you and your families access to the healthy grocery essentials you need during these unprecedented times as quickly as we can."

The stores are following guidelines from the Centers for Disease Control and Prevention and local health authorities, according to the press releases. Sprouts has added additional employee hours to stores so staff can clean more frequently, focusing especially on service counters, restrooms cars and checkout lanes. Plexiglass barriers are being installed at all checkout areas, and stores are enforcing social distancing at registers.