HomeNewsTerminated: Arnold Schwarzenegger ends deal with MusclePharm
Recent
Latest
4 tips to get ahead of chemical concerns in packaging
May 20, 2022
7 CBD favorites in the increasingly popular gummies format
May 20, 2022
Mission MightyMe helps parents introduce allergens to babies
May 20, 2022
UNFI's Eric Dorne to step down as chief operating officer
May 20, 2022
Trending
Whole Foods' honors 30 companies with 10th annual Supplier Awards
May 18, 2022
Getting ready for 2023: Trends for brands to consider
May 17, 2022
Sponsored Content
The rise of sustainable business – eGuide
Sponsored Content
Natural beauty market trends
Jun 16, 2021 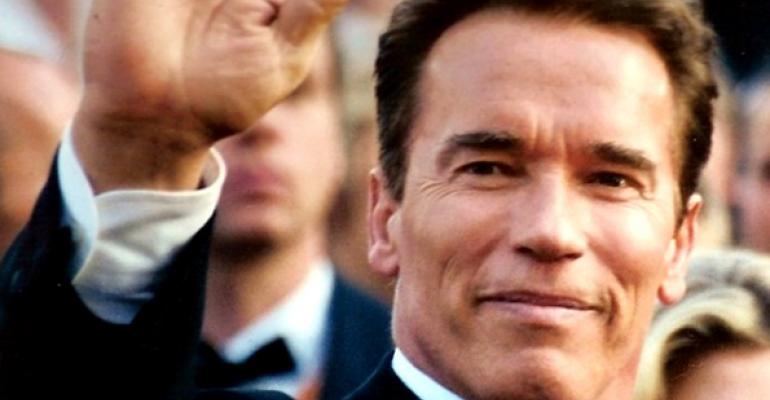 Arnold Schwarzenegger severed his relationship with MusclePharm, a company that branded products with his name. It&rsquo;s not the first time a celebrity endorsement ended badly in the nutrition space.

Celebrities and nutrition have a checkered history.

Whether it’s Shaquille O’Neal and Beyonce simultaneously shilling soda while also promoting Michelle Obama’s children’s health campaign or the sort of Hollywood health kick advice that inspired the book Is Gwyneth Paltrow Wrong About Everything?, there are few things that draw out the legitimate critics and the grafted-to-their-keyboards internet trolls quicker than celebrities telling you what you should eat and how you should eat it.

Supplements haven’t fared much better. Remember when MTV “Jersey Shore” cultural annoyance Snooki was pitching Zantrex? It may have sold product, but it raised Zoller Labs’ profile in a less-than-flattering light.

Against that backdrop comes news that Arnold Schwarzenegger has severed ties with sports nutrition brand MusclePharm. The actor and former governor isn’t exactly famous for promoting a responsible fitness ideal. He admitted steroid use in his bodybuilding career. The ripped muscles of the muscle-bound gym rat world he helped build are more intimidating than inspiring for most of us.

No, this one sounds more like business than ethical crisis. A Schwarzenegger spokesperson blamed “distractions caused by the significant issues that MusclePharm faces.” Those distractions, one might guess, involve things like the Securities and Exchange Commission investigation into six-figure perks granted to executives, or a management shakeup last year that included founder Brad Pyatt stepping down.

Just this week, Capstone Nutrition filed a $65 million suit in federal court charging that MusclePharm didn’t pay for product the company took possession of and sold, leaving Capstone looking at “over $22.5 million in accounts receivable plus contractual interest.” The suit also alleges Capstone built out a Tennessee manufacturing facility to meet volume spelled out in contract with MusclePharm, only to see the sports nutrition company fail to meet the contracted purchases.

That sound a lot like bad business, but some of the distractions trend darker.

It’d be nice to think Schwarzenegger was as distracted by an ongoing class action suit alleging the company of selling products with a new dietary ingredient lacking FDA approval, or NSF accusing the company of unauthorized use of its certification seal in 2013. What about accusations in the European Union last year that a MusclePharm product bearing the actor’s name was spiked with a weight-loss drug the FDA calls “highly toxic.”

And how did it feel to be on a celebrity roster that included dog-fighting aficionado and NFL star Michael Vick?

Maybe it was all those things. And maybe celebrities should be more careful with endorsement deals.

Don’t hold your breath on that one. There are billions in play. The top 100 athletes in the endorsement game brought in $917 million on their own in 2015 deals. But in nutrition specifically, there may be more risk than benefit. The trolls are restless, and in the age of growing transparency, it might be better to spend the money on the science.

And leave Arnold and Gwyneth in Hollywood.

Jared Leishman appointed CEO of Capstone Nutrition
Mar 07, 2016
How MusclePharm grew a mega-brand in bodybuilding, and made the jump to mass market in sports supplements
Mar 19, 2014