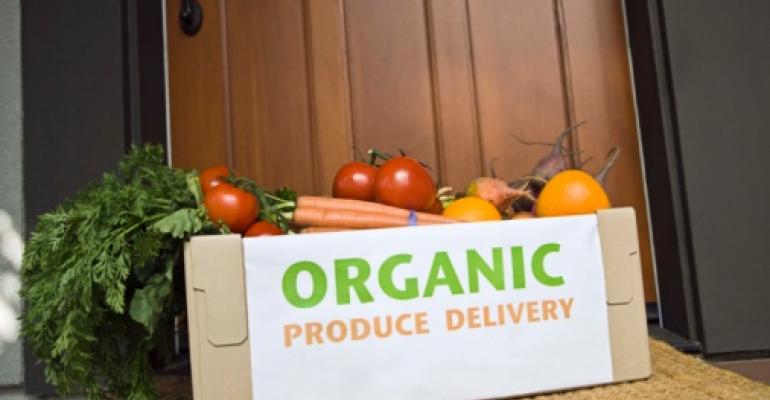 Organic&#39;s had a busy year and, arguably, one of its loudest when it comes to preserving our country&#39;s pure food supply. Here are the top milestones of 2011 along with trends that will drive organic market growth in the coming year.

Transparency—the 2011 buzzword on the minds of many business people, natural or not—rings no truer than for the organic industry. This year, consumers, retailers and manufacturers raised their voices louder than ever before in hopes of effecting policy change on GMO labeling. But despite all the press, is consumer behavior following its lip service?

A look into the availability of organic in conventional stores reveals the answer. According to the Organic Trade Association’s 2011 Organic Industry Survey, mass market retailers were responsible for  54 percent of organic food sales in 2010. Natural retailers—the backbone of industry—were next, with 39 percent of total organic food sales. We're betting 2011 moved the needle even further.

The most recent numbers from Nutrition Business Journal indicate good things ahead for organic. Organic sales brought in $23.4 billion in 2010, growing 8.4 percent over 2009 sales, with a continued trend upward for 2011. Here, we look back on the memories and milestones of the organic market in 2011 and the trends driving the category's future in 2012.

Just this month, the National Organic Standards Board reapproved plant-based DHA Omega-3 for use in organic dairy. The functional ingredient's marriage with the organic dairy market is a match made in heaven: In 2010 alone, Horizon Organic—makers of DHA Omega-3 fortified organic milk—reported a 54 percent increase in sales of the product.

Government approval for early life nutrition with organic and functional products is a boon for all companies involved, especially as Americans look for more ways to keep their children healthy amidst the childhood obesity crisis. According to Nutrition Business Journal, organic dairy grew 9 percent in 2010 with similar growth projected through 2011.

The organic dairy market also scored a big win this year in Ohio. For three years the state had pursued a law that would restrict organic dairy marketers from making claims such as "hormone free" on dairy product labels. Consumer choice won out in that market, although the consumers' right to know is still murky on a nationwide level for genetically-modified food.

When it comes to organic farming methods, we already know they yield more crops and are healthier for our environment and our bodies. But do they deliver a healthier bottom line for farmers? Yes! The last piece of the puzzle was placed this year when Rodale Institute celebrated the 30-year anniversary of the Rodale Institute's Farming Systems Trial, the longest-running scientific comparison of organic and conventional agriculture.

An organic farmer can expect to earn double (on less land) that of a chemical farmer, whose money goes mostly into the pocket of the chemical companies upon which he or she is dependent. "That divergence is only going to get bigger" as the demand for organic grows, said Elaine Ingham, chief scientist for Rodale Institute.

But organic farmers still faced significant challenges in 2011, due to ever increasing erratic weather patterns and lack of available credit, a cause Farm Aid championed this year. But despite its challenges, increasing numbers of young people are gravitating toward organic farming businesses. This labor of love and passion for clean food is what will continue to drive the organic movement forward, even if it costs $39,000 more to run an organic farm than conventional, according to the USDA.

The rise of organic+

Google may have launched its Google+ social network this year to much fanfare, but after a few months of the network's floundering, we're much more interested in another trend that shows no sign of stopping: organic+.

At Natural Products Expo East, NewHope360 editors observed several new companies, such as Harmless Harvest, that are building their businesses around sustainability and nutrient-dense foods. "It can't just be organic. It has to be beyond organic," remarked Radha Marcum, editor-in-chief of Delicious Living at the show.

This return to pure, whole foods in clear packaging is a welcome "What You See Is What You Get" message that will hopefully be reflected by government policy changes in 2012 and beyond. At the very least, these new organic products have potential to woo the 3 in 10 U.S. families who are new entrants to the organic marketplace, according to an Organic Trade Association's recent poll.

Genetically modified organisms (GMOs) broke into mainstream media this year, in part due to the deregulation of genetically modified alfalfa and sugar beets and from events organized during October's Non-GMO Month. According to the Non-GMO Project, more than 1,000 retailers participated from across the United States and Canada. From Non-GMO Shopping Guides to natural retailer end caps' to the first-of-its-kind Right2Know March on Washington, a lot of players in the organic industry are wondering: Is the GMO tipping point at hand?

From Oct. 1 last year to Oct.1 of 2011, sales of Non-GMO Project Verified products grew to more than $1 billion, according to SPINS. And the number's probably even higher, because it doesn't include sales at Whole Foods Market or Walmart. At Natural Products Expo East, the proliferation of Non-GMO Project Verified signs was a common theme of the show. But it's not just naturals getting into the non-GMO game.

As Carlotta Mast, editor-in-chief of Natural Foods Merchandiser, reported earlier this year: "Although sales of products carrying the Non-GMO Project label expanded a healthy 53 percent during this time period within the natural channel, sales within the conventional channel were up a staggering 328 percent, SPINS reports."

We can expect the same momentum to carry through into 2012, driven by campaigns such as Just Label It! that advocates for consumer choice. This is a smart tactic to take, because as we've recently seen in our headquarters of Boulder, science doesn't convince policy makers to change their tune on genetically-engineered crops.