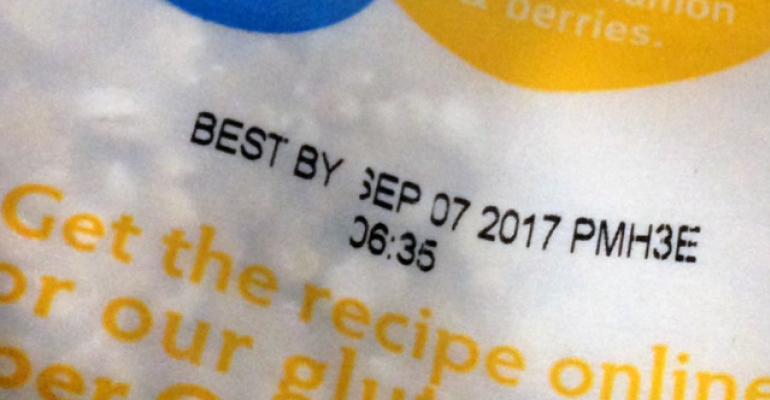 The guidelines urge manufacturers to use two standard types of dates on their packages instead of the myriad used today.

The Food Marketing Institute and Grocery Manufacturers Association guidance creates two standard labels to replace the myriad currently in use. "Best if used by" would be used to communicate quality, where the product is still safe to consume after the date. "Use by" would be used to communicate that a product is highly perishable and/or has food safety concerns over time.

The guidance closely follows the recommendations from NRDC and the Harvard Food Law and Policy Clinic’s landmark 2013 report, The Dating Game: How Confusing Labels Land Billions of Pounds of Food in the Trash, which brought the issue into the spotlight.

It also comes in the midst of a national public service campaign from NRDC and Ad Council called Save The Food that is designed to combat consumer food waste (watch the TV PSA here).

"Millions of Americans are tossing perfectly good food in the trash because they think it’s not safe to eat after the date on the package," said Dana Gunders, senior scientist at the Natural Resources Defense Council and author of Waste-Free Kitchen Handbook. "This is a critical step toward clearing up the confusion and stopping all of that food, money, water and energy from going to waste."

Forty percent of food in America goes uneaten, and consumers are responsible for more of that waste than grocery stores, restaurants or any other part of the supply chain. Studies show that more than 80 percent of Americans misinterpret date labels and throw food away prematurely, under the misconception that it’s necessary to protect their families’ health.

There are no federal rules that set standard ways to date food labels, with the exception of infant formula. State and local rules vary and in most instances, industry practice has been to print dates based on the manufacturers’ suggestions for when food is likely to be at its freshest or peak quality.

The U.S. is throwing away $218 billion worth of food each year. That’s a problem that’s costing the average American family of four roughly $1,500 every year. And when good food goes to waste, so do all of the resources used to grow, store and transport it:

This action from industry groups comes on the heels of new guidance issued by USDA in December, that encourages manufacturers and retailers of meat, dairy and eggs to use one universal “Best if used by” date label on their products.