Turn addiction into a healthy habit 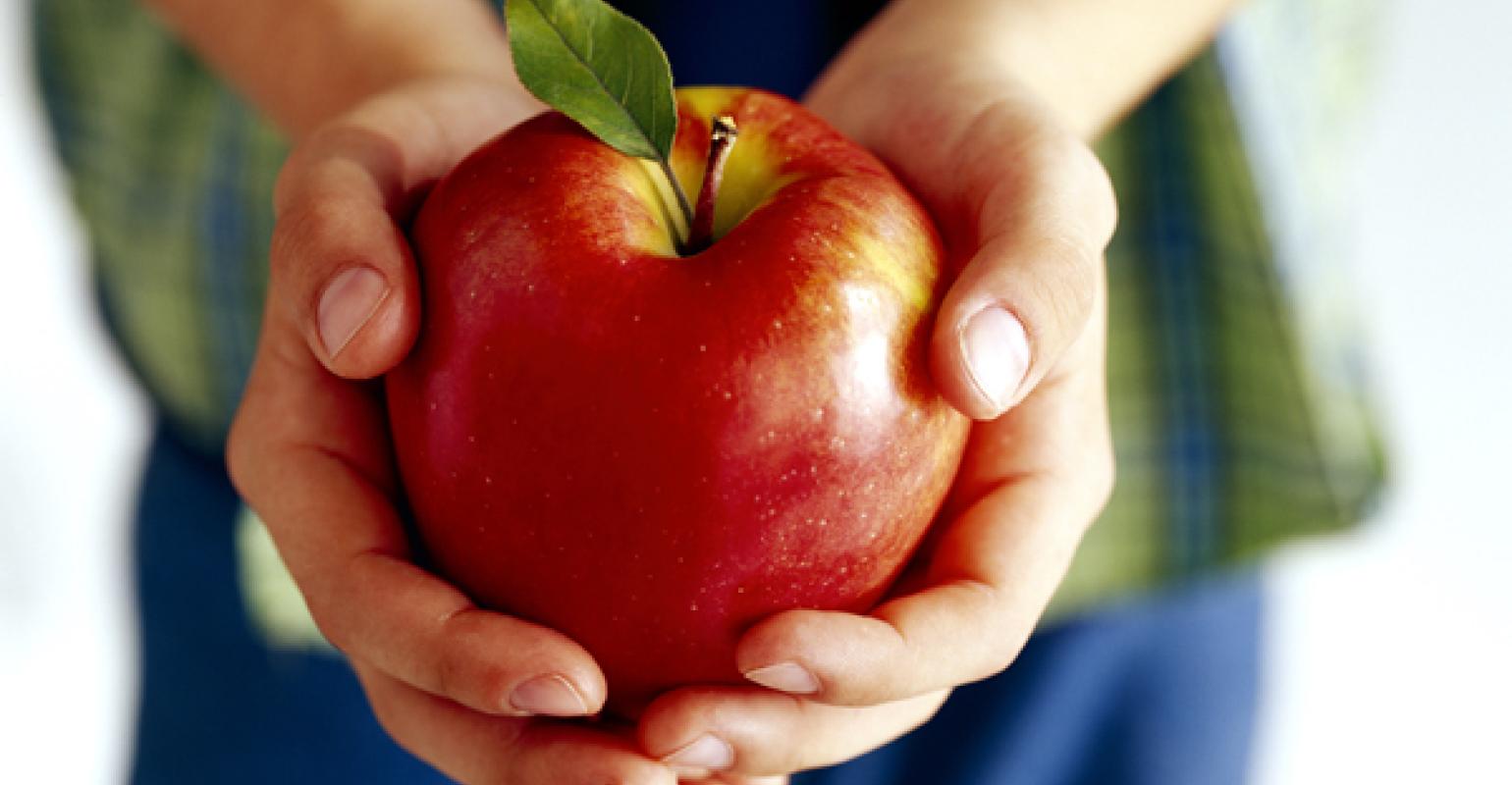 From cigarettes and alcohol to other drugs, addiction is on the rise in the United States.

In the natural foods industry, healthy lifestyle choices reign—we eat organic food, shower with chemical-free personal care and stay fit with Pilates and yoga. But what about those who have chosen not-so-healthy ways of life, and instead of perfecting their downward dog are headed into a downward spiral? 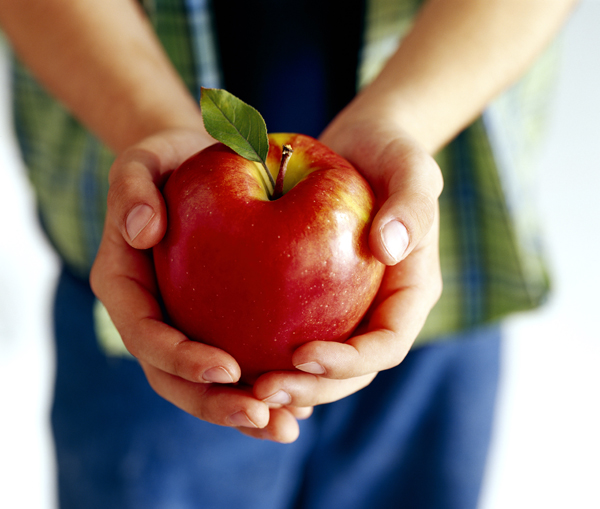 According to Narconon, a Hollywood, Calif.-based nonprofit addiction-treatment organization, "The number of persons with substance dependence or abuse increased from 14.5 million (6.5 percent of the population) in 2000 to 16.6 million (7.3 percent) in 2001." What's more, "addiction disorders are among the most frequently occurring mental health problems in the United States and impose an enormous cost upon society of $246 billion per year," reports the American Society of Addiction Medicine.

Fortunately, treatment options are available and some lie as close as your store's supplements aisle. It turns out that natural foods retailers are in a unique position to help the addicted community, and to top it off, can attain a greater customer base while benefiting the greater good.

Contrary to popular belief, conquering addiction is not always a simple matter of willpower. According to the National Institute on Drug Abuse, chronic drug or alcohol use "interfere[s] with normal brain functioning [and also has] long-term effects on brain metabolism and activity. At some point, changes occur in the brain that can turn drug abuse into addiction, a chronic, relapsing illness. Those addicted to drugs suffer from a compulsive drug craving and usage and cannot quit by themselves. Treatment is necessary to end this compulsive behavior."

While traditional treatment options like 12-step programs or detoxification and rehabilitation centers are good ways to begin the healing process, these facilities are typically missing a major component: supplements and/or nutrition. Addiction treatment experts say supplements are a crucial step in overcoming addiction and maintaining a substance-free lifestyle once the addiction is in check.

Basic nutrition: bring back the balance
While it's true that each individual addiction creates a different struggle with unique needs, there are some fail-safe rules that can help virtually anyone kick the habit. "The first step is to get the person nutritionally balanced. Generally, the addiction process impacts eating habits; many people in any type of recovery program are malnourished. Even if they're overweight, they're malnourished because they were not getting any micronutrients in their diet," says Michael Desrochers, a recovered cocaine addict and founder of Vancouver, British Columbia-based Coal Harbor Natural Health Clinic and Addiction Recovery Model, which helps clients overcome their addictions through a multi-faceted natural system.

Furthermore, keeping blood sugar and nutrient levels even is key in preventing a relapse. "If you're running on empty, that's when the cravings kick in. Maintaining adequate levels of nutrients is essential for preventing the emotional highs and lows that would drive you to drink or use," says Roy Upton, a Soquel, Calif.-based herbalist. "Nutritional stability creates emotional stability, and you'll be less likely to go off the wagon if you feel stable."

Desrochers recommends taking a multivitamin several times a day, along with essential fatty acids and a "greens supplement," made from antioxidant-rich plants, to restore much-needed nutrients in the body.

Detoxification: a farewell to old patterns

Once a more balanced nutritional system has been established, the body needs to be cleansed of any old substances that might still be causing a physical craving. "When you're addicted, you've acclimatized your body to work with a certain amount of drug or alcohol. If you're trying to beat addiction, you want to get drug and alcohol residue out of the bloodstream so the body can adjust to normal homeostasis without it. The faster you get those residues out of the bloodstream, the less your body is going to be craving replenishment to balance it," says Upton. One effective way of detoxifying the body is to take blood-purifying supplements that work to promote elimination through the liver, kidneys and lymphatic system. Upton suggests dandelion root, a Chinese herb called bupleurum and burdock root to cleanse the liver; and red clover, stinging nettles and dandelion leaf to flush the kidneys.

Desrochers agrees that detoxification is a necessary component to healing addiction and gives his patients "homeopathic detox kits that stimulate the body's innate healing response." His clinic also focuses on digestive function and recognizes that many addicted people also have a stress-related disorder, which can create digestive turmoil. Desrochers gives his patients digestive enzymes like hydrochloric acid and probiotics. "If [patients aren't] breaking foods down properly, they're not going to be able to access all the healthy nutrients that you're trying to put back into their bodies," he says.

Taking care of mental balance is another vital step on the road to sobriety. Addiction is usually two-fold—a person craves the substance both physically and mentally. In fact, a study published in the Sept. 11, 2002 Journal of the American Medical Association found that the effectiveness of nicotine replacement therapy declined when it was not paired with psychological treatment.

Merlene Miller, co-author of Staying Clean and Sober: Complementary and Natural Strategies for Healing the Addicted Brain (Woodland Publishing, 2005), asserts that "the neurotransmitters in the brain that deal with mood and emotions are highly affected and depleted when people use drugs or alcohol. The high that's created from using the substance is taken away when they try to quit, but the neurotransmitters can no longer naturally produce the chemicals needed to feel good and normal, which is why addicts experience withdrawal, and why they often start using again."

Upton agrees. "Different addictions create different interactions with neurotransmitters in the brain. They leave them depleted and insensitive to function, which can lead to depression and other mental disorders," he says.

To correct this problem, Miller recommends several amino acids, including tyrosine, tryptophan, 5-HTP, L-phenylalanine and D-phenylalanine, which all play a role in building up feel-good neurotransmitters like serotonin and dopamine in the brain. Specifically, she suggests glutamine, which is a precursor to GABA, a calming neurotransmitter that "helps you feel satisfied, relaxed and to go to sleep." Tyrosine, on the other hand, is beneficial for those needing a lift, as it increases feelings of alertness and clarity. And for the anxiety and depression that often come with withdrawal, Miller recommends D-phenylalanine because it "stimulates the endorphins and enkephalons in the brain, which produce a feeling of pleasure."

Magic bullets: don't leave home without them
It's a common conception that curing addiction or any other chronic illness can't be as simple as taking a daily dose of one little pill. Scientists have found significant improvement in addictive behavior with the use of the following supplements.

Kudzu
According to a May 2005 study published in Alcoholism: Clinical & Experimental Research, taking a daily extract of the Chinese herb kudzu can significantly reduce the amount a person drinks. The herb works by inhibiting the enzyme that breaks down alcohol, so the drinker feels satiated faster and drinks less overall. In the study, alcohol consumption was cut by an average of 50 percent, with some consumers reporting that they reduced their intake by 75 percent.

Vitamin C
Alex Schauss, president of the Tacoma, Wash.-based American Institute for Biosocial and Medical Research, asserts that vitamin C, taken in extremely large doses, can help curb withdrawal symptoms. "I did research with heroin addicts in 1968 with the late scientist Linus Pauling. We gave them massive amounts of vitamin C, which turned out to occupy opiate receptor sites and made the person unable to get high. Also, all withdrawal systems dissipated—no backaches, vomiting or severe stomach cramps. All these things would stop as the dosage got higher," he says.

Citicoline
Schauss also cites new research by Perry Renshaw, Ph.D., M.D., director of the brain-imaging center at McLean Hospital in Boston and a professor of psychiatry at Harvard Medical School. "Renshaw found citicoline, which is a natural supplement created by fermentation, to significantly reduce the use of cigarettes, coffee, alcohol and cocaine," says Schauss. The supplement has also been found to improve the quality of sleep and decrease anxiety.

Though addiction isn't the prettiest of human behavior, it's more common than most people realize. You can subtly make your shoppers aware of the anti-addiction qualities of some supplements by advertising that they help "beat cravings" or "reduce anxiety."

"It may be hard to talk about," says Miller, "but it's a fact of life. Not enough people know the help that supplements can provide them."