New CEO tells investors the food wholesaler is focusing on 'what we need to do to make our customers successful' in face of supply chain and labor issues. 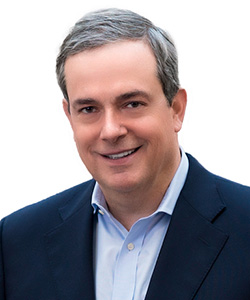 "I continue to invest a significant amount of my time meeting with our customers, with the simple goal of learning as much as I can about their business, what differentiates their offering in the marketplace, what are their biggest opportunities and pain points and what can we do to add value to their operations," Douglas said during the Q1 earnings call. "Making customers stronger is a core tenant of UNFI's mission statement, and I have a genuine passion for helping food retailers succeed and am committed to doing everything possible to bring solutions that accomplish this."

He received positive feedback about the company's performance during the run up to Thanksgiving, and said he told customers about UNFI's services which can lower costs, increase sales and simplify operations.

UNFI is also working to connect suppliers with customers.

"To more effectively bring together suppliers and customers, we're developing unique, new programs that provide better and deeper insights into UNFI's retailer base so that UNFI, our suppliers and our customers can collectively work together in partnership to create more and more value together," Douglas said.

For the first quarter of fiscal 2022, UNFI reported increases in net sales, adjusted EBITDA and adjusted EPS, among other measures:

The company's commitment to cross-selling products to existing customers—conventional retailers buying organic products and vice-versa—paid off, bringing in more than $60 million during the first quarter, which ended Oct. 30, UNFI President Chris Testa said. Most of the cross-selling revenue came from chain stores.

"All three major sales channels experienced year-over-year growth, which was driven by two primary factors: new business wins and inflation," Testa said. "Our strong supernatural sales were driven by winning new categories and SKUs with our largest customer, which reflects the strength of our relationship and the value we bring to their business." Whole Foods is the only customer in the super-natural channel and UNFI's largest customer.

By channel, net sales increased in the largest categories:

"Both in the supernatural and independent new business wins have been exceeding volume expectations, and we expect continued strong performance through the balance of this fiscal year."

"In addition to the fresh categories we're onboarding in supernatural, we'll now be distributing produce to another large national customer as a result of our expansive DC footprint and category expertise. And every week, we're gaining shelf space with fresh categories at a regional level," he added.

The opening of a new distribution center in Allenstown, Pennsylvania, also generated sales among independent retailers in the Northeast. The DC was built after UNFI reached a distribution contract with Key Food in October 2020. UNFI will serve as Key Food's primary wholesaler for 10 years, which is expected to generate $10 billion for UNFI over that time.

Key Food is a co-operative of independently owned and corporate supermarkets in New York, New Jersey, other states in the Northeast, and Florida. The 315 stores also operate as The Food Emporium, Food Universe, Food Dynasty, SuperFresh and Gala Foods Supermarkets.