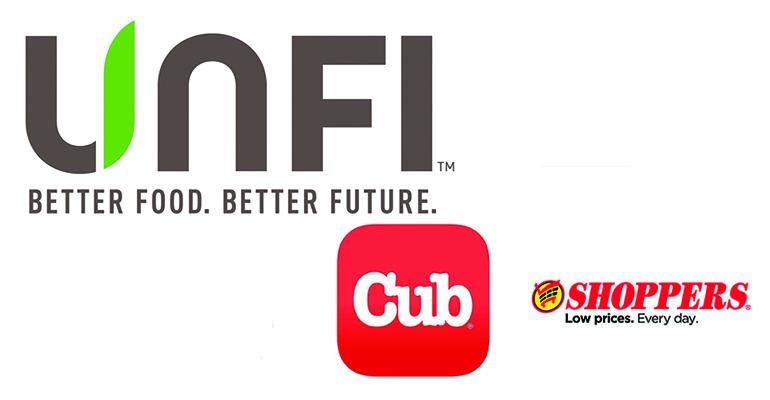 United Natural Foods Inc. is going to stay in the retail food business, at least for now.

Officials with the national food wholesaler announced during Thursday's Investor Day presentation that it will continue to own and operate Cub Foods and Shoppers Food Warehouse, which are located in Minnesota and the mid-Atlantic region, respectively.

"When we went into the pandemic, we felt morally obligated to the communities in which we trade…that we wouldn't put those communities through an ownership change because the stores are just so important to the communities," UNFI CEO Steve Spinner said Thursday morning.

"We've made a lot of enhancements to retail. We have an incredible leadership team, and they've just delivered phenomenal results of over $100 million in EBITDA. So we're not selling retail today. On the other hand, we're not looking to expand into markets that we don't already play," he continued.

UNFI acquired approximately 3,000 retail stores when it purchased rival distributor Supervalu in 2018. At the time, Spinner emphasized the wholesaler's intent to divest the retail stores as soon as possible. It sold or closed the majority, and in January 2020, Spinner said he expected to sell Cub Foods by August of that year.

But then the COVID-19 pandemic came to the United States. Spinner announced in June 2020 that the distributor would not try to sell the two retail banners for at least two years.

Chris Testa, president of UNFI, pointed out that owning the retail stores supports the distributor's goal of taking 20% of the wholesale food market. 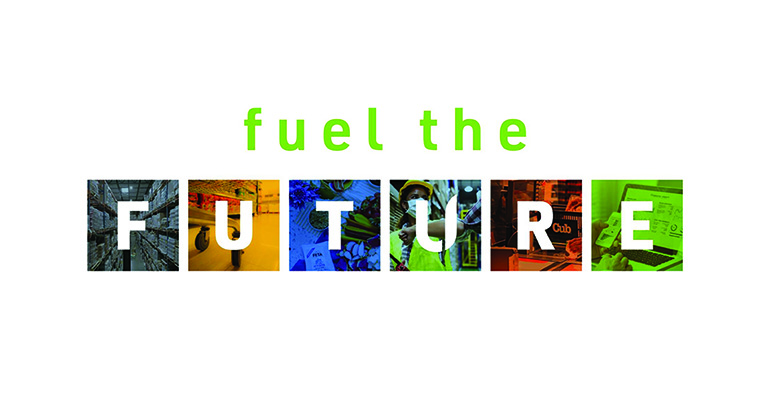 A new strategy: Fuel the Future

Spinner had planned to retire at the end of July, but he is staying on until the Board of Directors chooses a new chief executive officer. The delay isn't stopping UNFI from moving forward with a new strategy, however.

"As we look ahead, based on the rapid change taking place all around us, now is the perfect time to introduce our new strategic plan, Fuel the Future," Spinner said. "Fuel the Future is our blueprint for our next phase of growth. It's about building off our strong foundation and our incredible momentum and elevating the key areas of our business to deliver even more for our customers and help make them even stronger.

"We want to transform the future of food. We don't want to just participate. We want to be a true leader of the food industry. Our mission is about every single one of us helping our customers to thrive and succeed," he explained. "It's about pioneering what's next."

The strategy is based on six pillars:

"Under our new Fuel the Future strategy, we're pioneering new sources of growth and working to get the most out of our current programs," Spinner said.

The company's officers and directors each explained one of the different pillars, starting with Chief Operating Officer Eric Dorne. He highlighted some statistics about UNFI's operations: UNFI is the largest grocery wholesaler in North America, based on estimated annual revenue. It ships products from 58 distribution centers, and will open a new one in Allentown, Pennsylvania, this fall.

"So what is scale? Scale is more than simply being the biggest or operating the most facilities," he said. It includes having distribution centers located near customers, having capacity for growth, procuring product efficiently and being flexible to shift volume between distribution centers when needed.

UNFI is working to offer customers one ordering system, with products delivered on one truck and one invoice. The system likely will be piloted in the summer of 2022. 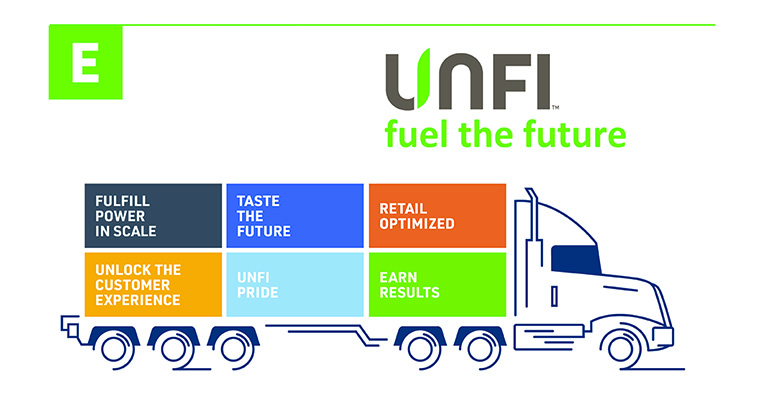 Testa explained the second pillar, Unlock the Customer Experience, which means offering retailers a range of products, brands and services, and helping them take advantage of consumer and retail trends.

The company plans to increase sales by selling more to existing customers while picking up new customers from competitors, he said. Many customers are attracted to UNFI because of its broad and expanding private-label offerings, Testa said.

Details of the Taste the Future pillar came from Chief Marketing Officer Amanda Helming, who said, "This pillar at its core is about building upon UNFI's culture of innovation. It's about having a forward-looking mindset and courageously embracing what's next."

The company already sees growth in private label, existing services, e-commerce and fresh, but it will continue to innovate new business models, products and partnerships, she said.

"We've invested in talent, technology and insight to understand the consumer of tomorrow and how to better meet their needs," Helming said. The goal is to grow the company's bottom line faster than it grows the top line, she added.

"Private brands have evolved from a pure profit play to a destination driver," Helming said. UNFI's line of private label products has generated more than $1 billion in wholesale sales—and the company plans to double those sales. 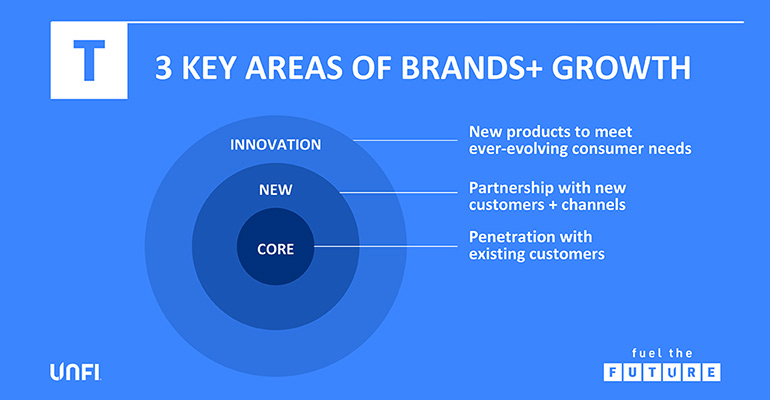 The sixth pillar, Earn Results, was presented by Chief Financial Officer John Howard. He explained that UNFI will improve its financial results by optimizing its distribution centers, strategically using automation and technology, and simplifying associates' approach to work.

The company expects the benefits of this ValuePath program to accumulate to between $70 million and $100 million by the end of fiscal year 2023, Howard said. The savings will be used to reduce debt, invest in innovation and increase wages.

UNFI will be able to offer share buy-back programs or dividends after its debt ratio falls below 3x, which could happen in 12-18 months, Howard said.