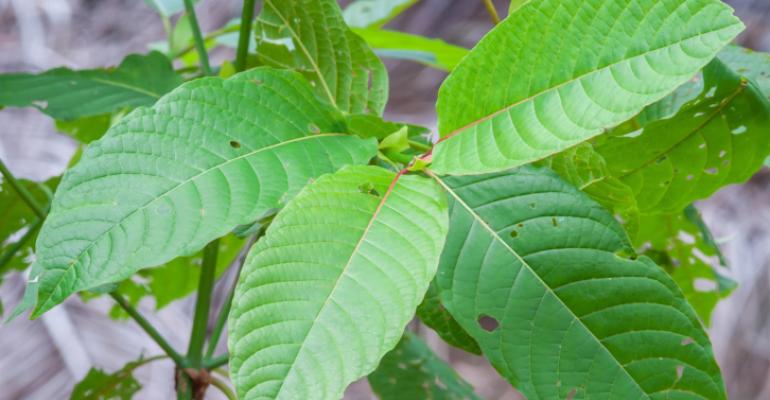 The U.S. Food and Drug Administration announced that U.S. marshals, at the agency’s request, seized nearly 90,000 bottles of dietary supplements labeled as containing kratom. The product, manufactured for and held by Dordoniz Natural Products LLC, located in South Beloit, Illinois, is marketed under the brand name RelaKzpro and worth more than $400,000.

“We have identified kratom as a botanical substance that could pose a risk to public health and have the potential for abuse,” said Melinda Plaisier, the FDA’s associate commissioner for regulatory affairs. “The FDA will continue to exercise our full authority under law to take action on these new dietary ingredients, especially if they ignore the notification requirements, as part of our commitment to protecting the health of the American people.”

Mitragyna speciosa, commonly known as kratom, is a botanical substance that grows naturally in Thailand, Malaysia, Indonesia and Papua New Guinea. Serious concerns exist regarding the toxicity of kratom in multiple organ systems. Consumption of kratom can lead to a number of health impacts, including, among others, respiratory depression, vomiting, nervousness, weight loss and constipation. Kratom has been indicated to have both narcotic and stimulant-like effects and withdrawal symptoms may include hostility, aggression, excessive tearing, aching of muscles and bones and jerky limb movements.

In February 2014, the FDA issued an import alert that allows U.S. officials to detain imported dietary supplements and bulk dietary ingredients that are, or contain, kratom without physical examination.

In January 2016, the FDA administratively detained RelaKzpro under the Federal Food, Drug and Cosmetic Act (FD&C Act), as amended by the Food Safety Modernization Act (FSMA). Under its administrative detention authority, the FDA can detain a food or dietary supplement product if the agency has reason to believe the product is adulterated or misbranded. The agency can keep detained products out of the marketplace for a maximum of 30 days while it determines whether to take further enforcement action, such as seizure.

The U.S. Department of Justice, on behalf of the FDA, filed a complaint in the U.S. District Court for the Northern District of Illinois alleging, among other things, that kratom is a new dietary ingredient for which there is inadequate information to provide reasonable assurance that it does not present a significant or unreasonable risk of illness or injury; therefore, dietary supplements containing kratom are adulterated under the FD&C Act.