HomeNewsUSDA approves "Arctic," the non-browning, GMO apple
Recent
Latest
3 reasons natural retailers are inflation-friendly shopping destinations
May 25, 2022
Sponsored Content
Organic agriculture and its impact on ingredients and the planet – webinar
Sponsored Content
The goodness wrapped in a certified organic seal – video
Podcast: What brands need to get on shelf at Fresh Thyme Market
May 24, 2022
Trending
Getting ready for 2023: Trends for brands to consider
May 17, 2022
6 tips to promote consumer understanding of Certified Organic
May 18, 2022
The Planting Hope Company aims to prove gender equity leads to success
May 23, 2022
Natural beauty market trends
Jun 16, 2021 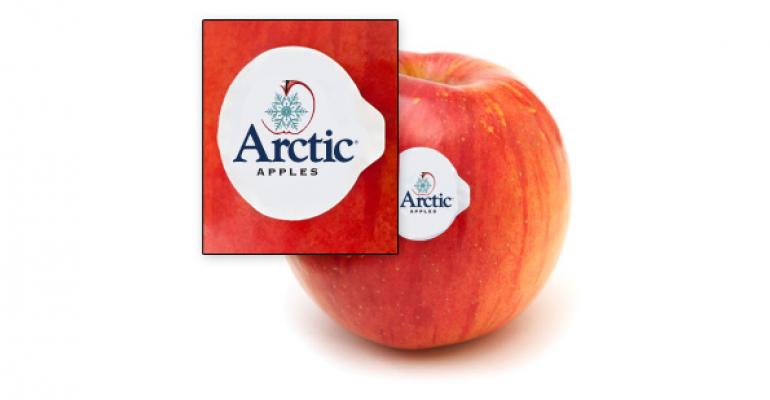 Will the approval of a GMO apple accelerate stagnant labeling bills in Congress?

An apple a day may not be OK.

Earlier today the U.S. Department of Agriculture announced it would deregulate two varieties of non-browning genetically engineered apples trademarked under the name Arctic, making them the first commercially available GMO apples in the United States.

Produced by Okanagan Specialty Fruit (OSF), developers of Arctic use a process known as gene silencing that limits expression of the enzyme polyphenol oxidase, which causes browning. In press materials, the company argues that non-browning apples could not only increase apple consumption because sliced apples are easily packable, but also will appeal to packers and retailers because Arctic apples would hide minor blemishes that occur on the packing line, “so a higher quality product goes into the box,” and reduce food waste.

After rounds of field tests, APHIS found “the GE apples are unlikely to pose a plant pest risk to agriculture and other plants in the United States,” the USDA announced in a statement. “If APHIS finds through its rigorous scientific review that a new GE plant is unlikely to pose a plant pest risk, then under the law and its regulations, it is required to degregulate the GE plant.”

“The commercial approval of Arctic apples, our company’s flagship product, is the biggest milestone yet for us, and we can’t wait until they’re available for consumers,” said Neal Carter, president and founder of OSF.

Non-GMO advocacy groups, who for years have fought Arctic, are not pleased. “This decision is scientifically irresponsible and misguided,” said Dr. Doug Gurian-Sherman, senior scientist at Center for Food Safety, in a statement. “The agency has failed to analyze whether suppressing fruit browning with these novel RNAs impacts the rest of the gene family in the tree, or whether there are off-target impacts on other genes.”

Organizations that support GMO labeling believe the approval of Arctic’s products, which look and taste exactly like conventional apples, may accelerate stagnant GMO labeling bills in Congress. “Without mandatory labeling there will be no way for consumers to distinguish between GMO and non-GMO apples in the produce aisle,” said Kristina Staves, campaign manager for Just Label It. Likewise, the Environmental Working Group’s senior policy analyst Ellen Kustin said, “As we see this GMO fruit hit the stands, it only becomes more important to have a clear labeling requirement to ensure that American consumers have the information they crave and deserve to know.”

OSF says they likely won’t have apples in stores until 2016 at the earliest.

Is the Non-GMO Project seal the only way to communicate your non-GMO message?
Feb 05, 2015