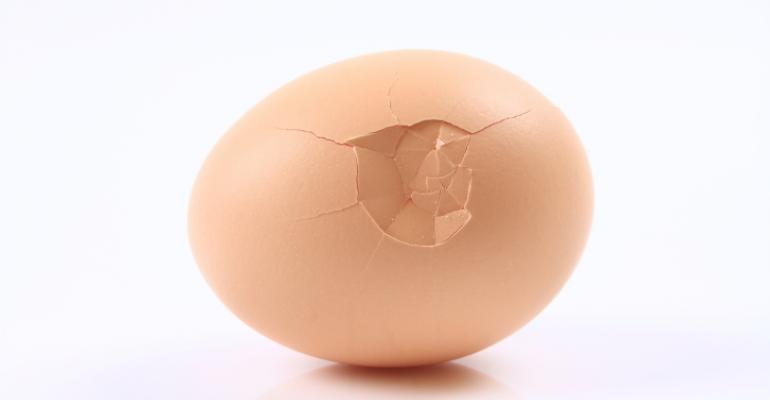 Maybe it&rsquo;s time the government started promoting food tech innovation, instead of trying to hold it back.

The plant-based revolution won’t be neutralized.

A week after the FDA warned Hampton Creek that it’s Just Mayo product was improperly labeled because it did not contain eggs, an Associated Press story explores machinations by the government-sponsored American Egg Board to thwart Hampton Creek founder Josh Tetrick’s stated mission to tear down the egg industry by providing a plant-based substitute. Hampton Creek’s ingredient is already appearing in the company’s Just Mayo and Just Cookies cookie dough, as well as baked goods made by other companies. An eggless scramble is also planned.

Such developments are obviously not welcome news for the Egg Board, a program overseen by USDA and tasked with promoting egg consumption. But the board’s reaction is almost comically inept, and futile in the long term. In emails obtained through the Freedom of Information Act and provided to AP, Egg Board personnel, including CEO Joanne Ivy, discuss ways to derail Hampton Creek, including public relations work and an attempt to stop Whole Foods from selling the Just Mayo product.

That hasn’t worked, of course. Whole Foods is still selling Just Mayo. And nothing the board is likely to try will ever work.

What the Egg Board and the FDA need to realize is that Hampton Creek and other food tech companies seeking to disrupt traditional agriculture are not going to be stopped. Perhaps Just Mayo gets a new name, but more people are waking to the notion of a plant-based diet being better for them and the planet. Tetrick sees the egg industry as an environmental disaster, and he’s right. The livestock industry needs a serious overhaul to lessen environmental impact, and plant-based foods, like Hampton Creek’s innovations or game-changing meat substitutes from Beyond Meat and Gardein, could be a faster path to a more balanced food system.

The Egg Board has a lot to be worried about but not a lot they can do about those worries. Change is coming. Younger consumers are interested in healthier alternatives. People can have reservations about animal protein for multiple reasons, including animal welfare, health and the environment. That there are more, and tastier, options makes it easier than ever to go vegetarian. In truth, the government should stop getting in the way and get behind companies like Hampton Creek. The A in USDA stands for “agriculture,” and a more sustainable agricultural system is good for everybody.

Tetrick may put a lot of chickens out of work, but the innovation coming out of companies like Hampton Creek is more than “disruption.” It’s progress.