Walmart not so wild about Wild Oats 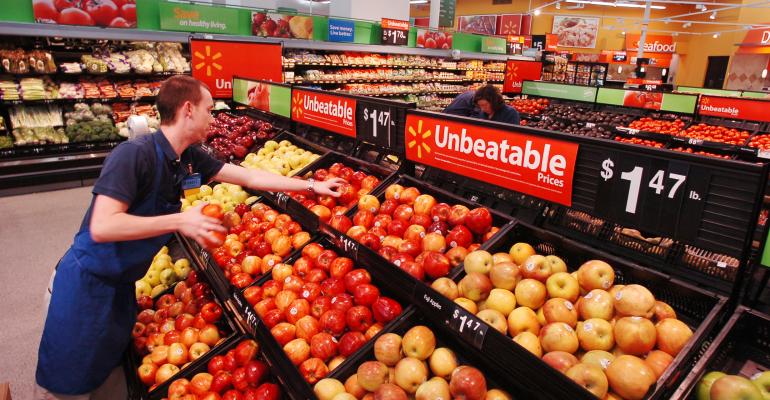 The Wall Street Journal reports that Walmart is phasing out its Wild Oats brand two years after announcing the launch. If the world&rsquo;s biggest grocer can&rsquo;t figure out organic, maybe there&rsquo;s room for smaller players.

Sometimes a revolution needs to take a breather.

No, we’re not talking about the Feel the Bern hordes stepping back from their Facebook rants after the Vermont senator’s latest drubbing. No, this time the revolution on hold is the Wild Oats organic toehold at Walmart. The Wall Street Journal reports the mega-retailer is dropping the brand and regrouping to discover a more profitable approach to organic.

It was a nice revolution while it lasted.

Two years ago this month, I wrote about Wild Oats’ debut on Walmart shelves and playfully called it a “culinary Kumbaya” in which the “Walmart masses and the beautiful people of Whole Foods” would come together in a “singing-in-the-meadow” moment. There was also some stuff about the “red state/blue state friction point” over food and a vision of kale and iceberg lettuce peacefully sharing space on the Sizzler salad bar. “The base of the food pyramid is no longer deep fried,” I wrote.

Alas, it was not to be. At least not for now.

The Journal reports Walmart will start sprinkling some organic into its Great Value brand and making room in the produce section for organic food. They draw back into this re-tooling phase while Costco has emerged as the biggest seller of organic food and Kroger is claiming 10 percent of its sales coming from organic and natural.

Is there still hope in this? Maybe, but not in the saga of Wild Oats. The more encouraging narrative here is that Walmart can’t even get organic right. If the country’s largest grocer can’t find a seat on a category-sales express train that’s speeding along at 10 times the rate of conventional food, maybe we are seeing an ethically challenged empire on the decline. It’s not that Walmart is going to disappear tomorrow, but the company announced in January that it will close 269 stores in 2016.

Nobody wants all those clerks and shelf stockers out of work, but every time Walmart's shadow shrinks, it lets in a little more light for something else to sprout up. It’d be nice to see more independent grocers, the kind of people Walmart put out of business, find room to flourish. A new generation of grocers trading in regional—maybe even local—supply chains would be nice.

That is, of course, just a dream. Kroger already has stores in those small towns where Walmart crushed local. The “culinary Kumbaya” was a dream too.