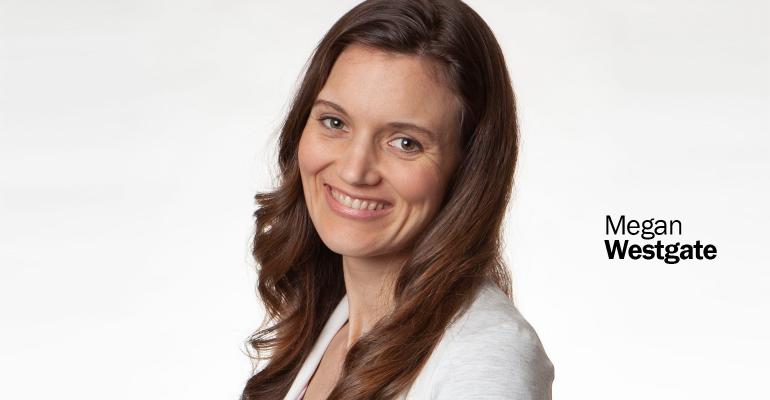 Whole Foods Market made major industry waves when it announced its GMO labeling policy. What does it mean now that the retailer has halted its plans to require labeling in stores by 2018? The executive director of the Non-GMO Project offers an answer.

When Whole Foods Market first announced its GMO labeling transparency initiative at Natural Products Expo West in March 2013, it made history by being the first national retailer to set a deadline for GMO labeling. While many co-ops and independents had blazed the trail with product policies encouraging a non-GMO commitment, the Whole Foods announcement was bigger and bolder than anything that had come before and it forever changed the natural products industry.

At the Non-GMO Project, we had been steadily engaging brands in our Product Verification Program since 2008, with the first butterfly labels showing up in stores in 2010. While we were progressively gaining ground, it was often still a hard sell. Many companies, even those committed to natural and organic, were reluctant to do the hard work and testing required by the Non-GMO Project Standard.

The policy Whole Foods announced in 2013 changed the conversation. While it didn’t require brands to become non-GMO, it said that any products that weren’t either Non-GMO Project Verified or certified organic would have to be labeled to disclose that they might contain GMO ingredients.

For brands that hadn’t already committed to non-GMO, this put the conversation in stark terms. It made it clear that avoiding the issue was a losing proposition—the spotlight was about to shine on the GMO issue more brightly than ever, and brands needed to be ready. The industry responded quickly, and overnight we saw a doubling in the monthly number of products submitted to the Non-GMO Project Product Verification Program.

Fast forward five years. At Natural Products Expo West this past March, Whole Foods held two supplier workshops focused on the transparency initiative. Compared with similar previous sessions, the workshops were sparsely attended, presumably because, with a clock ticking toward a Sept. 1, 2018, deadline, most suppliers already knew what the policy required and/or had already come into compliance.

Then on May 3, the USDA published its long-awaited draft of the National Bioengineered Disclosure Standard as required by a law passed in July 2016. Two weeks later, Whole Foods announced to suppliers that it was “pausing” its GMO labeling policy deadline. Many have wondered what to make of this—is Whole Foods backing down from its commitment?

The short answer is that the “pause” is a perfectly logical response, and really the only prudent one from a risk mitigation standpoint. Remember that when Whole Foods put its policy in place in 2013, the idea of mandatory federal GMO labeling seemed fantastical at best. Retailers were taking stands precisely because the government was not. In the wake of heroic grassroots efforts to secure mandatory labeling at the state level, in 2015 industry pressure began to grow to create a federal labeling bill that could preempt the state laws. Proponents argued that this was necessary to avoid a “patchwork” of laws across the country; opponents claimed that the federal rule would undoubtedly be weaker than what had already been obtained in some states and as such would be a step backwards.

While the draft of the rule published May 3 leaves many questions unanswered (including how much less rigorous, clear and accessible it will be than some state bills), one thing that’s not vague is its scope. It WILL be the regulatory authority for how GMO claims are made, including by prescribing exactly what phrases and acronyms can be used. This is why Whole Foods really had no choice but to pause its deadline; it can’t enforce a requirement to label GMOs if the language in its policy goes against the language in the federal law.

And have no doubt, there is a high likelihood the Whole Foods policy will conflict with the National Bioengineered Disclosure Act. Why? Because the language and acronyms proposed in the May 3 draft of the federal rule are ludicrous. According to the draft, the only allowed term would be “bioengineered,” a medical term that has no meaning in the food industry and no clear association for consumers with “genetic engineering” (the more familiar language used in the Whole Foods policy). Further, rather than the universally recognized acronym “GMO,” the USDA is proposing use of a newly invented acronym—“BE.” That’s right, they literally invented an acronym—about as far from transparent as you can get! (If you share my ire, please check out the Non-GMO Project’s webinar and blog on how to comment on the draft standard—the deadline is July 3, 2018).

In summary, the Whole Foods “pause” does NOT indicate a backing away from the issue, nor does it indicate that GMO transparency is lessening in importance. The retailer has made clear that the non-GMO aspect of its policy remains in effect—this includes a requirement for non-GMO claims to be verified by an approved third party such as the Non-GMO Project. Whole Foods was clear in its May 18 communication that it still will not promote or advertise a product as non-GMO unless it has been third-party verified.

Meanwhile, more consumers than ever are seeking out non-GMO products, with a recent Hartman report showing that 46 percent of shoppers are now actively avoiding GMOs. For brands looking to win shoppers’ trust, as well as comply with the Whole Foods policy and avoid hassles from the impending federal law, the simple solution is to get Non-GMO Project Verified.

Megan Westgate helped launch the Non-GMO Project in 2006. She became Executive Director in 2007 and has been hard at work to protect the future of non-GMO food ever since.