HomeNewsWhole Foods Market shows the dessert case wouldn't be so sweet without bees
Recent
Latest
6 tips to promote consumer understanding of Certified Organic
May 18, 2022
Sponsored Content
Balanced Health Botanicals Newsletter – May
Getting ready for 2023: Trends for brands to consider
May 17, 2022
EXPO VIDEO: How did a young sparkling water brand get licensing deals with Marvel and Disney?
May 16, 2022
Trending
Debra Stark’s light shines bright on natural products industry
May 10, 2022
Unboxed: 7 plant-forward ice creams to stock this summer
May 10, 2022
Hemp CBD industry struggles so far in 2022
May 10, 2022
Monitor: Consumer research on collagen shows how much education is needed
May 12, 2022 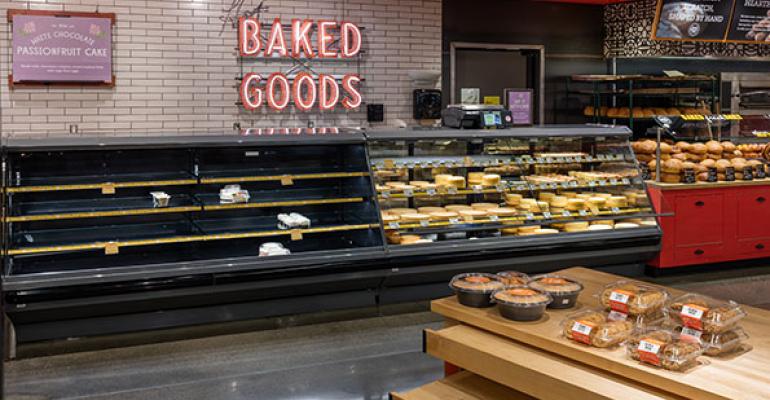 Life without pollinators would be a lot less sweet. That’s the message Whole Foods Market and the Xerces Society are delivering this month as part of the duo’s “share the buzz” campaign to raise awareness around the plight of pollinators, and to inspire shoppers to be part of the solution.

One in every three bites of food comes from plants that depend on pollinators, and with pollinator populations declining at alarming rates, the availability of ingredients in many of the baked goods people enjoy every day is being threatened.

To showcase the vital role pollinators play in the global food supply, Whole Foods Market’s Fremont, California, store gave shoppers a startling preview of what their bakery choices would be if pollinators vanished. The before-and-after photos are disturbing - as are the findings:

“Sweet tooth or not, life without dessert would be tough to swallow,” said Eric Mader, pollinator program co-director for The Xerces Society. “But with one-third of the world’s food crops depending on disappearing pollinator species, that may one day be a reality. The good news: it’s not too late. With support from Whole Foods Market and its shoppers and suppliers, our organization is working with farmers nationwide to help them create wildflower habitat and to adopt less pesticide-intensive practices, which will help pollinators thrive.”

With shoppers’ support, Whole Foods Market and its suppliers have donated more than $547,000 to the Xerces Society since 2012. These funds have helped create or improve more than 186,000 acres of pollinator habitat in the U.S., with tens of thousands more acres in development.

“This campaign is all about inspiring people to take small steps that make a big difference for these small heroes of our food supply,” said Lee Kane, mission and culture coach for Whole Foods Market. “Even simple strategies like shopping organic or planting native wildflowers can tip the balance back in favor of our pollinators.”

Customers can also “share the buzz” by choosing Responsibly Grown outdoor potted plants, or by purchasing pollinator-friendly products from brands that are supporting the Xerces Society’s conservation efforts, including: