Why fair trade must include domestic supply chains 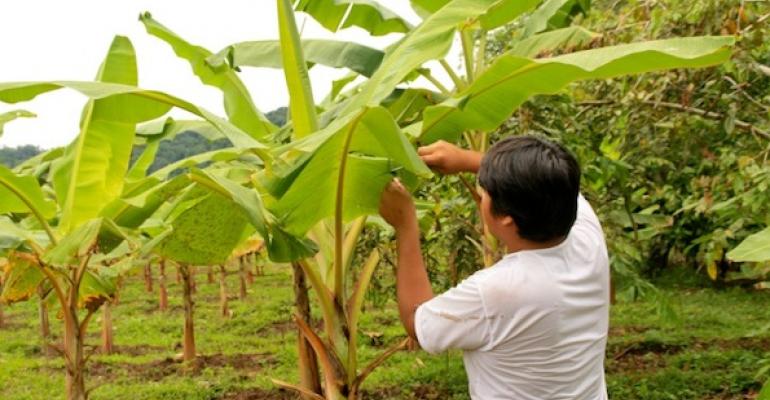 One fair trade organization is focusing on an oft-marginalized group of people&mdash;the farm workers who live right here in North America.

In this global economy, it’s common for manufacturers to obtain materials, raw goods and labor overseas. With outsourcing, there is risk of abuse—sweatshops, abysmal working conditions, and extremely low pay for farmers and workers involved in overseas supply chains occur all too often. As a result, fair trade organizations have sprouted, especially over the last three decades, with the admirable intention of stemming worker mistreatment.

Others believe efforts by grassroots campaigns to educate about sourcing issues has also fueled this growth. Indeed, public awareness over international fair trade issues has never been greater.

But one fair trade organization is focusing on a rarely mentioned aspect of fair trade—the workers who live right here in North America.

“The Domestic Fair Trade Association (DFTA) was started about five or six years ago by a steering committee who worked intimately within the organic movement,” explained Executive Director Kerstin Lindgren. “Most of these people worked on developing the national organic standards, and fought to have social justice included in those standards.” When that didn’t happen, they created a way to protect marginalized workers living in the United States.

While many people believe truly appalling working conditions only exist internationally (the classic thought, “It can never happen in the United States”), issues such as human trafficking, below-minimum-wage pay, and physical abuse are all too common. Take a recent example of Florida’s tomato pickers. In his book Tomatoland (Andrews McMeel, 2011), author Barry Estabrook writes, “South Florida’s tomato fields are ‘ground zero for modern-day slavery.’… In the last fifteen years, Florida law enforcement officials have freed more than one thousand men and women who had been held and forced to work against their will in the fields of Florida … Most instances of slavery go unreported.”

Occurences like these, perhaps because they don’t have the notoriety of foreign operations, or because it’s unpleasant to think about them happening in our own backyard, make DFTA all the more important. “Marginalized populations such as immigrants working on farms may not have the opportunity to change their situation,” Lindgren explains. “So add in language barriers and the possibility that they’re here illegally, and they may be afraid to speak up. All these layers burden an already sectored group.”

One of DFTA’s initiatives is to create unity between fair trade certifiers. “What you have is a collaboration between various organizations trying to verify marketing claims as it comes to fair trade,” explained Gael J.B. Orr, Communications Manager at Once Again Nut Butter, who hosted the event in Rochester. “DFTA provides a networking opportunity, a chance to get together with other people in our industry. It’s enlightening because you’re in the same room with growers, producers, manufacturers and retailers—you meet people involved in every aspect of the supply chain.”

Once Again Nut Butter is no stranger to supply chains. Founded in 1976, Once Again was “instrumental in developing the organic peanut growing standards in the United States,” according to the website, even subsidizing the organic growing standards for five years. In addition to domestic fair trade activism, Once Again is deeply involved with growers from Nicaragua, where the company sources its sesame seeds.

Ideally, fair trade certifications should examine every aspect of the supply chain, said Orr. But this gets complicated real fast. For example, Once Again buys its seeds directly from the farm, and contracts a company to process the seeds (remove the shell, etc) before being exported into the US. Once Again knows exactly how conditions are at the farm and processing facility, and how much each organization is getting paid. This is a relatively short production chain. “We can set the infrastructure, and control the price the farmer actually receives,” said Orr.

But other companies, such as clothing manufacturers, must grow cotton, dye the cotton, spin it into thread, manufacture it into cloth, and ultimately sew and package it into a finished good.

Opportunities for mishaps are greater the more complex the supply chain. Fair trade certifications need to reflect this complexity.

In an effort to clarify different certification labels, DFTA plans on releasing a consumer guide in January or February 2013. “We’re evaluating labels for social justice programs, and developing criteria used for evaluation,” said Lindgren. “We’re looking to see if labels have strong, credible programs.” With this report, yet titled, consumers will see which seal is most legitimate—a difficult undertaking because each seal excels in some areas and has fallbacks in others. By comparing labels side-by-side, DFTA can encourage certifiers to be stronger across the board.

Plans are in the works to create a guide for manufacturers to select the certification label that will work best for them.

What does fair trade hold for the future? Orr believes companies should take more responsibility in fair trade practices. “Putting the little fair trade sticker on your product is like putting the cherry on top of the sundae. Fair trade is a movement, not a seal. It’s what the company believes in. It should be part of their ethics model.”

DFTA’s Lindgren believes strengthening fair trade certification standards is not the sole answer. “I think we should have fair trade concepts down, but we cannot rest on certifications. We need to change our policies as well. Many of us are so removed from policy work, but the reality is that we need both. It’s more difficult to think about changing immigration policies or the Farm Bill, but we need to do that. We need to raise the bar for everyone.”