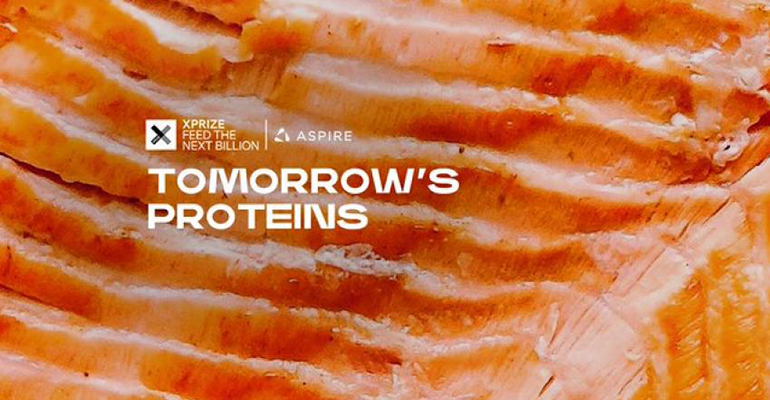 After months of applications and weeks of deliberation by the competition's panel of judges, 28 teams will collectively be awarded up to $500,000 to support their development of globally accessible chicken and fish alternatives.

XPRIZE is pleased to announce the 28 semifinalist teams moving forward in XPRIZE Feed the Next Billion. The $15 million competition, launched in December 2020, is aimed at reinventing how humanity will feed future generations by incentivizing the production of structured chicken breast or fish fillet alternatives that replicate or outperform conventional chicken and fish in: access, environmental sustainability, animal welfare, nutrition and health, as well as taste and texture.

Selected by the competition’s panel of judges, the 28 semifinalist teams were chosen based on their technical submissions and represent 14 countries.

Over the next year, semifinalists will work closely with the competition’s ecosystem and sponsors, which include ASPIRE and The Tony Robbins Foundation, as they begin to develop the first iteration of their products. From the Semifinalist teams, up to 10 Finalist teams will be chosen based on the merit of their technical solution prototypes towards the end of 2022 and will split a milestone award of $2.5 million. Finalist teams will enter one last round of solution development before final judging which will award one grand prize team a prize of $7 million, second and third place prizes of $2 and $1 million respectively and a bonus prize of $2 million. The winning teams will need to create at least twenty-five cuts of structured chicken breast or fish fillet analogues of 115 gram or four ounce that replicate the sensory properties, versatility and nutritional profile of conventional chicken or fish.

XPRIZE is pleased to share that the following teams have been selected to move forward in the competition:

“Over the past several years, as our global population continues to grow and the demand for meat products increases, it has become clear that our current global food chain cannot keep up,” said Caroline Kolta, XPRIZE Feed the Next Billion Program Lead. “We know we need more nutritious, environmentally-friendly and sustainable alternatives to conventional animal-based products, and that wide scale adoption will require additional innovation continuously being brought to market. I am thrilled about the international cohort of Semifinalists selected to embark on this journey of innovation and exploration to shape a future of food, starting with chicken and fish.”

The XPRIZE Feed the Next Billion judging panel consists of a diverse, international group of tech industry experts working at the highest levels of academia and research. The eight judges include:

The competition was then launched with the support of partners including ASPIRE, a part of Abu Dhabi’s Advanced Technology Research Council (ATRC), the technology programme management pillar of Abu Dhabi’s Advanced Technology Research Council (ATRC) which shapes research and development for transformative technology outcomes and defines Abu Dhabi’s research and development strategy, The Tony Robbins Foundation, The Good Food Institute, Foundation for Food and Agriculture, District 3, New Harvest and Proveg International. Through the development of chicken and fish alternatives, teams competing in the prize will work to ensure that, as the world grows in wealth, the availability of sustainable food can meet the coming demand for food products that allow the next billion to live active and healthy lives.