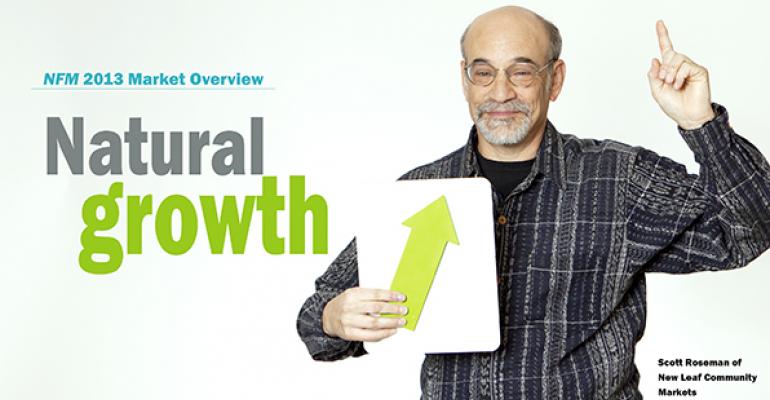 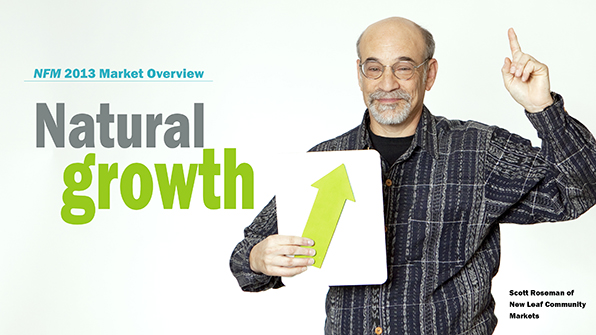 Ask retailers of natural and organic products to choose one word to define their industry in 2012 and chances are they’ll bring up one word: Competition.

“That’s what is on everyone’s mind right now,” says Corinne Shindelar, CEO of the Minneapolis-based Independent Natural Food Retailers Association. “There are just so many more players getting into the game at multiple-store levels.”

According to Natural Foods Merchandiser’s 2013 Natural Retailer Market Overview Survey, 31.5 percent of natural retailers saw a competitor open in their region in 2012—up from 24 percent in 2011. The good news, for now at least, is that most retailers are surviving despite the increasingly competitive landscape. In fact, store closures dropped from 6.5 percent in 2011 to 1.5 percent in 2012, as the recession subsided and survivors began to dig in and do what it takes to stick around for the long haul. Thirty percent remodeled their stores in 2012, 9 percent added on and 11 percent say they plan to add one or more locations in 2013.

“What we really saw this year was the post-shakeout breath-holding,” says Jay Jacobowitz, president of Brattleboro, Vt.-based consulting firm Retail Insights. Jacobowitz notes that many “legacy” independent retailers who opened up shop in the 1970s but did not update or expand began fading away in the 2000s—and the recession was the final nail in their coffins. “The weaker competitors have now largely disappeared,” he says.

But taking their place are potentially stronger retailers, backed by shareholders or venture capitalists, eager to get a slice of a natural and organic pie that soared 10 percent to $98.9 billion in U.S. sales across all distribution channels in 2012, according to the NFM Market Overview.

Lakewood, Colo.-based Natural Grocers by Vitamin Cottage is one of numerous natural chains scaling up. The company raised $54 million in July 2012 via its initial public offering and says it will use the money to expand to 1,100 stores nationwide from its current 63 in 12 Western states. Natural Grocers already has signed leases for new stores in Texas, Oregon, Montana and Kansas. Meanwhile, its publicly traded rival, Whole Foods Market, has extended its reach with more than 340 stores, placing particular emphasis on smaller footprints. A recently added Whole Foods location in Brookline, Mass., is just 8,000 square feet, larger than the average health food store but small for the supernatural market.

“The floodgates are open and everyone wants a piece of the pie,” Jacobowitz says.

Consumer demand for natural and organic products continued to increase in 2012. One powerful force driving growth was the change in shopper demographics. The millennial generation, roughly defined as people born in the 1980s and 1990s, has come of age, and these consumers now have their own children and make their own purchasing decisions.

While Generation X rejected the “free love and granola” ethos of their baby boomer parents to a degree, tech-savvy, globally thinking millennials are embracing sustainable living wholeheartedly, Jacobowitz says. “The millennial generation is the first digital-only generation,” he adds. “They have had access to this vast body of knowledge from an early age and have been able to connect what they do and buy at home with the larger world.”

As the price spread between natural, organic and conventional has begun to narrow, this too has brought new shoppers into the category. “We have gotten more efficient as an industry in our production and distribution, and that has lessened the big price spread,” says Christine Bushway, executive director of the Organic Trade Association.

Many larger retailers have rolled out their own lower-priced, private-label natural and organic brands. Meanwhile, smaller independents have joined forces through INFRA to collectively negotiate better prices from their suppliers, which they can then pass on to consumers. And some big players are slashing margins in hopes of boosting volume. “Safeway recently reduced organic produce prices across the board, and they are selling more organic produce across the board,” notes Maryellen Molyneaux, founder and president of Harleysville, Pa.-based Natural Marketing Institute.

Another contributor to natural growth has been recent food scares, such as last year’s pink slime debacle and massive Salmonella-tainted peanut butter recall. These and other events have prompted people to take a closer look at their food sources and, in doing so, often cross over to natural and organic, says Maureen Lawer, vice president of business development for SPINS. “Increased awareness of specific health issues such as celiac disease, digestive disorders and gender-specific needs are also driving consumers to be more educated about what they put in their bodies,” Lawer adds.

Media coverage of the Affordable Care Act has also motivated people to focus more on their health and wellness, Bushway says. “One thing helping to fuel growth is the big national debate over health care,” she explains. “People are starting to realize that they will need to be responsible for their own health and longevity.”

Most retailers experienced sales growth. In fact, 81 percent of stores surveyed by NFM reported an increase in sales in 2012. The average sales spike was 11.2 percent.

Given these growth rates, Jacobowitz estimates that by 2030, half of all food sales could come from the natural and organic category, up from 41 percent in 2012. Now the  million-dollar question is: As the number of stores grows to meet soaring demand, how can independent retailers stand out in the crowd?

“By really knowing who they are,” says INFRA’s Shindelar, who recommends that retailers take a hard look at their pricing, category management, aesthetic and mission and be sure these meet the needs of their unique communities. “Independents have the ability to marry business acumen with social responsibility in a very unique way because they know their communities so well,” she says. By reaching out to those communities in unique and creative ways, many retailers are not just surviving, but thriving in the face of competition.

In the run-up to Whole Foods’ July 2012 opening of its first Iowa location, Des Moines airwaves and newspapers were flooded with coverage. “The buildup was unbelievable—we called it ‘the second coming,’” recalls Diane Lahodny, whose 3,000-square-foot Campbell’s Nutrition store is located less than a mile from the new Whole Foods.

Rather than fret, or complain, Lahodny got busy. She aired her own TV commercials, reminding viewers of her family business’s 75-year history in the area. She tightened up inventory, getting rid of poor sellers and stocking more of the items that might lure her customers to Whole Foods. “I heard people saying, ‘I can’t wait to see what chocolate they’ll have,’ so we upped our chocolate offerings and put them on endcaps,” Lahodny says. And in areas where she knew her competitor was weak, such as books and supplements, she made a point of becoming stronger. All of these efforts paid off handsomely. In 2012, Campbell’s Nutrition posted a 12 percent boost in sales across its two Des Moines stores.

In Santa Cruz, Calif.—one of the most saturated markets in the nation for natural and organic retail—New Leaf Community Markets is also holding its own after decades in business. It posted 9 percent to 11 percent growth in 2012, opened a seventh store and plans to open an eighth in 2013. Founder Scott Roseman credits the company’s success in a sea of Whole Foods, Trader Joe’s, Costco and other independents to two things: staying true to the company’s missions of dedicating 10 percent of profits to local charities and being a leader on the non-GMO issue, as well as meeting the changing needs of consumers. In 2012, that latter piece meant investing more in the deli, juice bar and fresh prepared foods areas (to appeal to the increasing number of rushed shoppers looking for quick, healthy meals) and pumping up body care offerings. As a result, at New Leaf’s largest volume store, body care sales notched up 25 percent, the juice bar jumped 40 percent and the deli rose 23 percent in 2012.

Meanwhile, Gail Graham, general manager of Mississippi Market Natural Foods Co-op in St. Paul, Minn., just wrapped up phase two of a $490,000 remodel of the co-op’s 14-year-old Selby Avenue location. The store also does creative community outreach, such as providing sustainable living classes, sponsoring community events and offering theme-oriented food at special events at a local museum. “We continue to work to appeal to a broader, younger audience,” Graham says. With four Whole Foods stores in the area, along with a host of other old and new rivals, Graham says she’s confident, but never complacent: “I don’t take any of our competition lightly.”