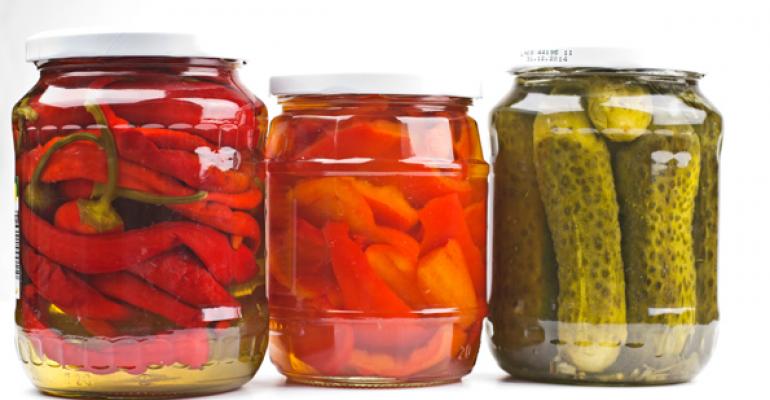 Hot headlines and trendy diets keep specialty category sales changing. Is it time to say hello to pickled foods and goodbye to soy?

For many consumers, determining what constitutes a healthy diet is as baffling as ever. Genetically modified ingredients seem impossible to avoid, sugar may now be considered a toxin, and what exactly does natural stand for? Confusion is rarely cleared up at the shelf, because many shoppers don’t trust (or even spend time reading) food labels, according to New Hope Natural Media’s The Future of Wellness: How Consumers Define “Healthy” at Retail report.

Dr. Oz has emerged as America’s favorite go-to health guru who sends Americans scrambling to adopt his advice. Meanwhile, a bevy of eating plans, including the carbohydrate-cutting Paleolithic diet, have gained popularity by promising to help shoppers shed pounds, detoxify and increase their energy—something coffee-chugging Americans are seemingly starved for. Even ingredients that have long been considered healthy are now being called into question.

How have these influences played out in the natural products space? Three categories in particular have seen changes. Agave, once an emerging natural sweetener, logged flat sales overall last year and dipped 22 percent in the refrigerated juices and functional beverages category between 2010 and 2011, according to Schaumburg, Ill.-based market research firm SPINS.

Fast-forward to March 2012, and manufacturers exhibiting at Natural Products Expo West were proudly touting new products as “soy free” to address increased concerns about soy as a top food allergen. Even soy enthusiasts such as Canoga Park, Calif.-based Follow Your Heart and Broomfield, Colo.-based Silk debuted products using soy alternatives like pea protein and almonds at the trade show.

For one thing, concern has arisen regarding the plant’s heavy load of phytoestrogens—estrogen-like compounds linked to endocrine disruption. Other worries surround the possible presence of genetically modified organisms, because 80 percent of the world’s soybeans come from GM crops, according to the Non-GMO Project, a third-party certifier of packaged foods and supplements. Still, products made from other GM crops such as rapeseed (used to make canola oil) and phytoestrogenic plants like flax haven’t seen sales slide as much as soy.

"In addition to these other hurdles, the soybean is very hard for many people to digest," says Kara Nielsen, trendologist at the Center for Culinary Development, a product development think tank for food and beverage companies. "Shoppers may be realizing, 'Hey, I'm eating a lot of soy, probably too much of it and likely not in the right format.'"

These realizations also have affected the alternative dairy category, says Mary Jo Marks, retail training and education department manager at UNFI, a Providence, R.I.-based distributor of natural and organic foods. The bean will likely continue to flounder as rice-, hemp- and almond-based options surpass soy in taste and are perceived as having more of a health halo, she says.

Rather than pushing soy to reclaim past prominence, Nielsen says it's time to get back to the bean's roots. In Asian countries where soy has been consumed for thousands of years, it's frequently fermented to improve digestability and its nutrient profile. If American consumers ate fermented soy, the bean might see resurgence, she says.

Manufacturers such as San Francisco–based Hodo Soy Beanery, which makes artisan organic soymilk, tofu and tofu skin (yuba), are working to reintroduce consumers to high-quality soy foods. "We are certified organic, work directly with farms to get our beans and don't process any of our ingredients," says company founder Minh Tsai. "We want to remind people of what soy is supposed to taste like. What we’re trying to do is take back tofu."

Sweeteners have also come under fire. The 2011 New York Times article, “Is Sugar Toxic?”, which used research conducted by Robert Lustig, MD, to implicate sugar as a toxin akin to alcohol, led many consumers to take a second look at the pantry staple. Around the same time, media began lambasting high fructose corn syrup as a primary cause of obesity and diabetes. This firestorm prompted the Corn Refiners Association to rename the ubiquitous ingredient “corn sugar” to make it sound healthier—much to many natural products consumers’ chagrin.

A controversial Rodale.com article that ran in April grouped the sweetener with aspartame, sucralose and high-fructose corn syrup as one of “The 5 Worst Sweeteners to Have in Your Kitchen.” Even agave, originally touted as a low-glycemic alternative, has come under scrutiny for having more fructose than most consumers realized.

According to SPINS, the 2011 numbers reflect this consumer skepticism: Agave sales went flat, with significant decreases in the refrigerated and functional beverages and sweeteners categories. Negative media attention, coupled with the popularity of the Paleo, Caveman and other diets that nearly eliminate all added sweeteners, will continue to challenge category agave growth, Nielsen suspects.

“People are cautiously re-examining all of their sweetener use, whether it’s artificial sweeteners or more natural options like stevia,” she says. “I think they’re realizing agave is processed. Maybe not in the same way as industrial sugar, but it’s not as natural as once thought. It’s not honey.”

Consumers are still assessing sweeteners that best fit their needs, which is why purchase behavior could evolve, says Kerry Watson, SPINS product library manager. Watson recommends that retailers consider stocking other natural sweeteners. One option is lo han guo, made from monk fruit, which saw 100 percent growth in 2011.

Still, don’t expect agave to disappear, counters Marks, who anticipates potential growth for the sweetener in the sugar-free category, where natural companies have traditionally lagged behind conventional. “Agave sales spiked so high that now we’re seeing a leveling off. It’s almost like agave-sweetened is the norm now,” she says.

Shoppers are filling their carts with pickled products—and not just traditional favorites such as cucumbers and carrots. We’re talking everything from beets to cabbage to raisins. Sales of shelf-stable pickled and marinated vegetables increased 11 percent in the natural channel in 2011, while refrigerated options grew an impressive 30 percent, SPINS reports.

Since launching in 2009, Boulder, Colo.-based MM Local, a producer of organic canned fruits and pickled vegetables, has more than doubled the amount of produce it sources in order to meet demand. “Last year we bought over 80,000 pounds,” says Jim Mills, MM Local cofounder and co-CEO. “I think it’s the quality and the taste that consumers love. We pick our produce at its peak and add very few ingredients during the canning and pickling process. We want it to taste like the best of what it is.”

Dr. Oz may be to thank for a portion of this category’s growth, because the celebrity nutrition advisor has recommended pickled vegetables for digestive health. Research has shown that good bacteria in fermented foods reduce the growth of harmful bacteria in the intestine. However, for consumers, the most important perks of pickled products may be that they’re versatile, highly nutritious, flavorful and allowed by most diet plans—all of which may contribute to continued category growth.

“In general, the American palate is becoming more sophisticated and learning to handle more assertive flavors like the sour and pickled flavors,” Nielsen says. “People are realizing pickled foods can balance a meal by tempering spice and cutting the richness of fatty foods.”