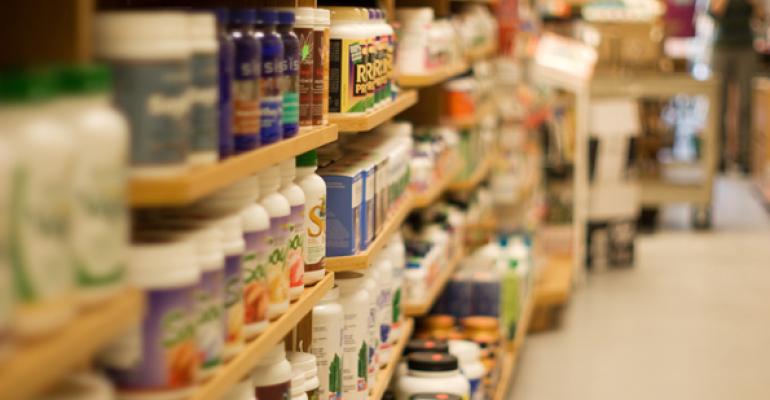 With a little help from Dr. Mehmet Oz, and baby boomers and Americans of all ages turning to alternative remedies, U.S. consumer sales of dietary supplements through retail and direct-to-consumer channels reached $30 billion in 2011 on nearly 8 percent growth, according to early estimates from Nutrition Business Journal.

“We saw a turnaround this year for supplement sales in the natural channel,” says Carla Ooyen, director of market intelligence for New Hope Natural Media, which publishes NBJ. “Sales had been growing stronger in the conventional channel; but in 2011, a number of factors—including Dr. Oz himself—helped to drive shoppers into natural food stores for their supplement purchases.”

According to NBJ’s preliminary 2011 estimates, U.S. consumer sales of supplements in the natural channel grew 7 percent to $11 billion in 2011, while the mass-market channel posted sales of $8.7 billion, a 6 percent increase from the previous year. Direct-channel sales, including those rung up by online supplements retailers, were up 10 percent to $10.5 billion in 2011.

A growing appreciation for the role nutrition plays in wellness is helping fuel supplement sales, according to veteran natural products retailers and manufacturers. “More people understand that drugs aren’t the answer, and it’s not a good idea to wait to get sick—so, there’s more focus and attention on prevention,” says Al Powers, CEO of Bloomingdale, Ill.-based NOW Health Group, which, like many top supplements manufacturers, reported double-digit growth last year.

On a pragmatic level, many Americans are too busy to go the doctor’s office—or lack health insurance—and they’re increasingly seeing supplements as an effective, lower-cost way to deal with colds and other minor ailments. Indeed, at Boulder, Colo.-based Pharmaca Integrative Pharmacy, a 24-store chain that’s staffed with licensed practitioners, many customers use the store as their primary point of care and source of health information, says Don Summerfield, Pharmaca’s vice president of integrative medicine.

Also driving growth are baby boomers, who want longevity and improved quality of life, and moms, who want healthy, high-quality products for their children, Powers says.

Here’s a closer look at some of 2011’s top-selling supplement categories—and some laggards—as well as what’s looking hot in 2012 and beyond.

An endorsement on Dr. Oz’s popular TV show can catapult once-obscure supplements into instant runaway hits—often leaving retailers, manufacturers and distributors scrambling to keep up with demand. “If we could get one step ahead of Dr. Oz, we’d love it,” says Mary Jo Marks, senior project manager in retail space development at Providence, R.I.-based natural foods distributor UNFI. “He’s a phenomenon; he’s really built up the [natural] channel. A recommendation on his show can wipe out that product in our warehouse in one day.” (A thumbs-up from media darling Joseph Mercola, MD, also can drive product sales, Powers says.)

With more than 1,500 products, NOW Health Group carries most Oz-anointed nutrients—but restocking them once their popularity explodes can take as long as two months. “Our biggest problem is keeping up with production to meet demand,” Powers says, adding that a new NOW distribution and manufacturing center opening near Reno, Nev., later this year should help remedy this problem.

For retailers, trying to ride the Oz roller coaster can present challenges. To work around the problem of frustrated customers looking for a specific product that’s out of stock, store owners such as Taylor Hamilton, owner of Tunie’s Natural Grocery & Vitamin Supercenter in Coral Springs, Fla., have set up Dr. Oz endcaps featuring collections of recent recommendations. And although Oz brings in new customers, “recommendations can be short-lived in terms of excitement,” Summerfield says. “We try not to react, especially if in-house practitioners aren’t convinced there’s enough solid research behind a touted ingredient.” For instance, Oz’s fat-burning claims for raspberry ketones were based on two small mice studies.

The natural weight-loss category may be the greatest beneficiary of the Dr. Oz effect. Weight management is a hot topic on the TV show, and the doctor loves to point out good—and bad—products to help in this area. For example, in January, Oz exposed a handful of weight-loss supplements that had been tested and found to contain the weight-loss pharmaceutical sibutramine and other adulterants. Adulteration isn’t the only problem the weight-management supplement category has faced in recent months. In late 2011, the Food and Drug Administration warned retailers that it’s illegal to sell homeopathic hCG (or human chorionic gonadotropin) products, which had been a hit in both the natural and conventional channels.

The good news is that a crop of cutting-edge ingredients—nearly all of them highlighted as “fat busters” on Oz’s frequent weight-loss segments—have entered the market in the last few years and have helped sales of weight-loss supplements to grow  28 percent to $17 billion in the natural channel in 2011, according to Schaumburg, Ill.-based market research firm SPINS. Considered safer than the caffeine- and other stimulant-based weight-loss supplements often sold in the conventional channel, these emerging natural alternatives “help with thermogenesis and healthy metabolism,” Powers says. “They’re based more on biochemistry than a fad.”

Among the new star ingredients are safflower oil; conjugated linolenic acid, which may target belly fat; gamma linolenic acid, an omega-6 fatty acid that has similar effects; and 7-Keto, a byproduct of DHEA that may boost metabolism without being converted in the body to steroid hormones (a concern with DHEA). West Palm Beach, Fla.-based Garden of Life’s FucoTHIN, made with fucoxanthin from brown seaweed, is a top-selling product, SPINS reports.

Other novel weight-loss supplements that have gotten an Oz boost and become natural-channel mainstays include the Ayurvedic herb Coleus forskohlii, calcium pyruvate, saffron extracts and blood sugar–control supplements that help manage cravings. In 2012 and beyond, these products will also likely start selling well in the conventional channel, where 2011 weight-loss supplement sales grew just 3.6 percent to $32.3 billion, according to SPINS.

Craven points to negative press surrounding studies on “megadoses,” generally of synthetic nutrients, as another factor pushing consumers toward whole-food supplements. He also credits Dr. Oz with talking a lot about nutrition as it relates to diet, and believes people are starting to recognize that nutrients are more efficacious when in their natural food forms.

As more Americans become interested in fitness and staying active longer in life, the sports nutrition category is quickly changing—and creating opportunities for natural products retailers. In the conventional channel, strong sales continue to be driven mostly by muscle-building nitric oxide–L-arginine formulas and performance enhancers—including the troubled DMAA, also called 1,3-dimethylamylamine or geranium extract, which has come under fire from the FDA because it lacks regulatory approval, and is no longer sold on military bases. These products typically don’t appeal to health-conscious natural shoppers and aren’t found on most natural retail shelves.

But natural consumers do seek out high-quality protein powders to fuel their workouts and speed recovery—and they are flocking to natural brands such as the Canada-based Vega, which offers plant-based, vegan protein powders made from clean, nutrient-dense ingredients. Garden of Life, with its Raw Protein Powder and Raw Meal, is another leader in this category, which continues to attract lots of new products such as New York City-based Twinlab’s soon-to-be launched Clean Fuel line.

Hydration products also are selling well in both the natural and conventional channels. Vega Sports Recovery Accelerator is part of the company’s new “complete sports performance system” that includes targeted products for before, during and after workouts. Top-selling hydration products include Seattle-based Nuun company’s Nuun and U Hydration. All of these offerings helped to grow sports nutrition sales in the natural channel 9.3 percent to $4.5 billion in 2011, according to SPINS.

Signs of the times

Along with looking for help with stress and sleep woes, consumers are also in a constant search for energy. Top-selling natural energy boosters include mostly the usual suspects: B vitamins, yerba mate, green tea, guarana and taurine. Multivitamins with energy claims are also selling well, especially among men and seniors, SPINS reports.

As more people are diagnosed with diabetes and prediabetes every year, they may look to supplements to manage their conditions—and increasingly, these shoppers are turning to natural retailers for assistance. This helps explain why sales of blood sugar–management supplements spiked 18.8 percent to $2.9 billion in the natural channel in 2011, according to SPINS. Interestingly, sales of blood sugar–management products in the conventional channel dipped 2.1 percent to $9.9 billion last year.