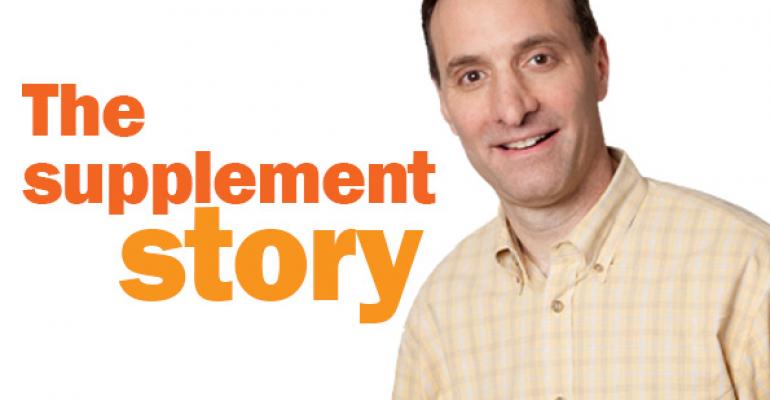 As supplement headlines grab more and more attention, how retailers respond to the latest questions will dictate success.

By most accounts, 2014 was not a great media year for supplements. The firestorm was kicked off by a widely publicized editorial in the December 2013 issue of Annals of Internal Medicine that asserted—in no uncertain terms—that multivitamins are a waste of money.

Then last February, the Selenium and Vitamin E Cancer Prevention Trial (SELECT) finally came home to roost. Thirteen years after researchers began their quest to determine if these supplements might protect against prostate cancer, six years after the trial was abruptly stopped because of potential health risks, and three years after the National Institutes of Health announced preliminary results that vitamin E supplements were to blame for participants’ increased risk of prostate cancer, the final reports were equally discouraging: NIH stated that vitamin E can more than double prostate cancer risk.

The negative news has continued into 2015, catalyzed by New York State Attorney General Eric Schneiderman’s blatant attack on supplements. After DNA tests failed to detect particular plant materials in popular herbal supplements sold by four major retailers, Schneiderman ordered the chains to stop selling these products. And once a quality control agreement was reached with GNC—in which the retail giant pledged to use DNA barcoding on herbal ingredients, test for allergens and implement in-store signage about extracts—Schneiderman set his sights on the herbal industry as a whole. He teamed up with 13 other state attorneys general in a letter to Congress, imploring the federal lawmakers to investigate botanicals.

“Does this have an effect” on consumer buying patterns, asks Marc Isaacson, president of Village Green Apothecary in Bethesda, Maryland. “I think it does. But it depends on the story.”

For instance, Daniel Fabricant, chief executive officer of the Natural Products Association, believes that herbal products shoppers tend to be very well informed and less susceptible to sensational headlines that fly in the face of the research—and personal results—that they trust. “I don’t think this story is going to sway their behavior as much as the story about multivitamins may have swayed multivitamin shoppers,” he explains. “The mass market felt a huge hit in sales after the multivitamin headline came out. Some reported that their multi sales were off by as much as 33 percent. But the conviction among multivitamin shoppers is not as solid as the conviction among those who buy botanicals.”

Starkie Sowers, director of education at Clark’s Nutrition and Natural Foods Market in Riverside, California, says that about 30 percent of his shoppers are affected by headlines—even if it doesn’t affect their purchases. This estimation is reflected by Natural Foods Merchandiser’s 2015 Natural Retailer Market Overview, which found that nearly 80 percent of retailers did not think negative headlines had an impact on sales. On the contrary, many retailers reported that negative headlines actually helped sales by opening new doors for conversation and education.

“Shoppers have questions,” Sowers says. “They want to know what studies mean and if the products they are taking are safe. These stories put those question marks in their minds. What we try to do is come up with the positive side of the story as soon as the negative news comes out.” At Clark’s, this takes the shape of a newsletter sent to shoppers, as well as extensive staff training to be sure that employees on the floor are equipped to answer questions and explain research.

“Generally, most of our core customers will roll their eyes at the negative press, but those on the fringe will need reassurance and want to have a dialogue,” says Cheryl Hughes, owner of The Whole Wheatery in Lancaster, California. “We arm ourselves with the proper information and make sure the staff is informed so we can have that dialogue.”

But it isn’t just media buzz driving the dialogue in the supplement aisles of independent natural products stores. Traceability and transparency are also entering the equation, spawning questions that employees have not had to answer in years past. “When it comes to fish oil, customers now ask about how and where the fish are harvested,” Hughes says. “In protein, we’re asked if it’s isolated whey, or where the cow was raised and if it was grass fed. These are questions we haven’t been asked before.”

That said, traceability is an issue still in its relative infancy among most shoppers. “We don’t have customers coming in and asking to see the third-party analysis of a product or how ingredients trace back through the chain,” Isaacson says. “But they may ask for some research or literature on the nutrients included.” Therefore, his goal is to provide as much clinical research as he can while educating shoppers on his store’s standards. “How we evaluate and select products and what GMP practices are—most people can understand those things,” he explains. Another new round of questions that retailers are facing stems from food trends—like gluten free, non-GMO, organic and vegetarian—crossing over into the supplements aisles. Sowers estimates that questions regarding these certifications come from roughly 25 percent of Clark’s shoppers, although just a small fraction of those customers let such labels completely dictate their purchases.

But of all of these food-supplement crossover trends, Hughes says the most popular among her customers is still vegetarian, especially when it comes to capsules. Whether shoppers want to know about grass fed, organic, non-GMO, gluten free or sustainability is really a toss-up on any given day. “It depends on what the shopper is passionate about and what his or her particular focus or interest is,” Hughes says. “It’s up to the staff to point out products, and it’s the store’s opportunity to educate.”

As shoppers gravitate back to whole-food nutrition, how are supplements being affected? While the fear might be that this trend is driving shoppers away from supplements, customers who’ve actually gone that route are few and far between, Sowers says. “That group represents maybe 10 percent of shoppers at best,” he estimates. “And in reality, maybe 1 percent of those are actually following through with their plans to get all of their nutrients from foods.”

Instead, this trend is paving the way for supplements and whole foods to work synergistically as part of a healthy eating plan. At The Whole Wheatery, shoppers indeed gravitate to health shakes—but they’ll also throw a protein powder into their cart for an added boost. Hughes samples a green drink in the store every day and sells them “by the carload,” she says, because shoppers read the product labels and realize they can’t get that level of nutrition from food alone.

According to Fabricant, this mainly represents a shift in buying power. Millennials, who will hold most of this power very soon, are looking for green and whole-food products, but not at the expense of the supplement market. “I see this as an expansion of the market,” he says. “The younger generation is more green-focused, so there’s a preference to have something that is in a more natural state than a capsule or tablet. That doesn’t mean that a capsule can’t have all-natural ingredients and appeal to that shopper the way that organic supplements appeal to organic food shoppers. There’s a lot of crossover, and I don’t think it minimizes the role of the supplement in any way.”