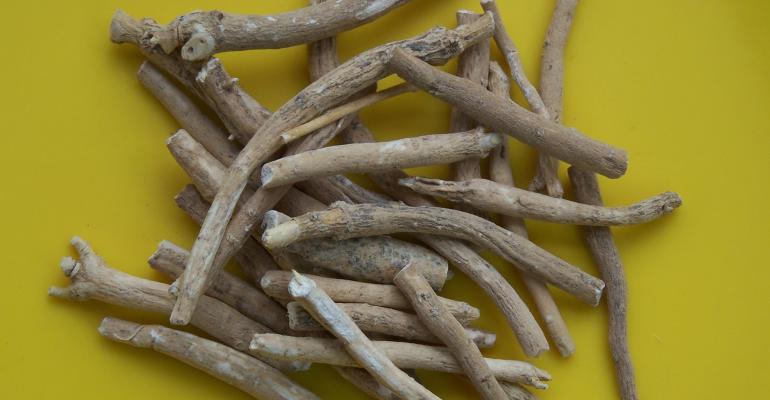 A clinical trial report published in the Evidence-Based Complementary and Alternative Medicine journal examined the effect of supplementation by KSM-66 Ashwagandha in adult males and demonstrated significant improvement in testosterone level and other metrics related to male sexual function. KSM-66 supplementation was seen to increase testosterone levels by 17 percent, semen volume by 53 percent, sperm concentration by 167 percent, luteinizing hormone by 34 percent and sperm motility by 57 percent. These findings are noteworthy because they indicate that KSM-66 Ashwagandha is considerably effective at improving markers of male virility.

The double-blind, randomized, placebo-controlled trial had a sample size of 46 males of age between 22 and 44 years. The males were healthy in all aspects except that they had oligospermia, meaning that their sperm count was toward the lower side of the population distribution. Based on this clinical study, Health Canada has approved KSM-66 for the claim “Helps promote healthy testosterone production in males”.

Kartikeya Baldwa, director of Ixoreal Biomed, the maker of KSM-66, said: ”In the traditional Ayurveda texts, the ashwagandha root is advocated for both males and females as an adaptogen to promote health in various dimensions including stress-resistance, brain health, muscle function and sexual function. For sexual function specifically: In men ashwagandha is said to increase dominantly male hormones like testosterone but in women the dominantly female hormones like estrogen, within normal natural levels.”

Mr. Baldwa added: "From the scientific literature, we know that the ashwagandha root promotes balance in the body and increases or decreases key hormone levels to bring them to appropriate levels. It is not surprising therefore, that KSM-66 supplementation increases testosterone levels for many males. We should however not expect KSM-66 to produce similar testosterone increases in males with already very high testosterone levels or in females, because such increases would be counter to the natural state of balance in such individuals. Indeed, pilot data for another clinical study in progress indicate that KSM-66's effect on testosterone in females is not substantial."