Issues in the Aisles 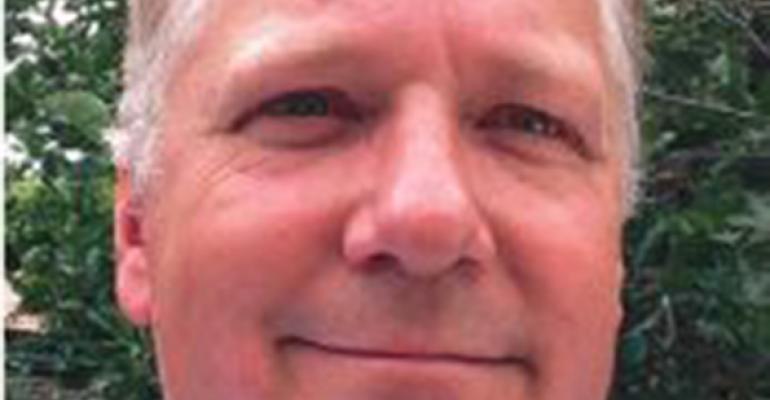 With hands-on involvement in government relations and consumer outreach on everything from GMO labeling to transparency and traceability, Lewis&rsquo;s &ldquo;director of special projects&rdquo; title at Natural Grocers by Vitamin Cottage provides him aerial and up-close views of the issues facing natural specialty retailers everywhere. We asked Lewis for his personal take on the issues facing Natural &amp; Organic in 2014.

nbj: Consumers appear confused about organic vs. natural vs. GMO-free. What is Natural Grocers Vitamin Cottage doing to educate shoppers?

Lewis: We publish the Health Hotline® and distribute it to over two million households. The Hotline contains in-depth science articles on food ingredients, nutrition research, and broader issues like GMO labeling. We have a full time credentialed nutritionist in every store, who trains all of our staff so they can interact with customers with confidence. We have teaching kitchens and lecture halls in most of our stores with seminars, cooking demonstrations and information sessions several times a week. We study key issues in great depth, meeting with legislators, regulators and scientists. We present our findings to our customers and staff via articles, blogs, presentations and in-store communication. Our in-house multimedia team produces videos to air online and on screens near related products. We sponsor symposia and conferences on key issues. We submit white papers, regulatory comments, and other articles on complicated subjects. We are all about science, policy and education –maybe to a fault!

nbj: GMO labeling legislation or ballot measures are at work in more than half the states. How do you think GMO labeling will play out? Is federal legislation inevitable? Who will the winners/losers be? What can consumers do?

Lewis: Biotech is happily engaging activists in the Federal GMO labeling debate to keep us distracted from the real danger: CODEX. The World Trade Organization will likely formalize global equivalency of GMO foods vis-a-vis conventional. The Pacific and Atlantic trade agreements are the secret negotiating vehicle to require Asian and European countries to accept US export of GMO commodities and, worse, GMO technology including crops tolerant of glyphosate, 2,4d, and dicamba. This follows the decades-old pattern of exporting dangerous chemicals and unsustainable technologies overseas once domestic markets reject them. If we allow CODEX and the global trade agreements to trump US Federal law –a strategy the global biotech conglomerates strongly support– some of our US Federal food rules may become moot.  State-level sovereignty may become the last place where citizens will still have a chance to get their voices heard. Ultimately we have to protect our food supply right down at the city and county level.

nbj: As mega-chains like Kroger, Walmart and Target move into natural and organic, what do independent retailers and smaller chains like yours need to be thinking?

Lewis: The high profile presence of Simple Truth at places like Kroger engenders both confidence and grave doubt for consumers. If Simple Truth does not contain 110 “bad” ingredients, does that mean everything without a green and white label contains them?  Why, yes it does.  These are transitional customers ripe for recruitment by real health food stores. Sprouts, Trader Joes, Kroger, Safeway, Walmart, Target and Costco all are playing a dangerous game. Over 98% of their combined revenue results from selling hyper-processed, industrially produced food products. How do they promote natural and organic quality to tuned-in customers without reducing the appeal of less conscientious brands?

nbj: Natural Grocers’ shoppers are more aware of  transparency and traceability. Is that something that mass market is thinking about?

Lewis:  One of our tag lines is "Your REAL Natural Food Store".  Most natural food shoppers also shop mass market and crossover specialty grocers like Fresh Market, Sprouts, and Trader Joe's. The power of the 10,000 independent REAL natural food stores like Natural Grocers is the ability to create informed customers who resent the tricks and obfuscation they find at crossovers. It's very hard for a dedicated natural foods shopper to find clean products when they are salted into shelves full of look-alike poser products. We build a base of more better educated customers to evangelize the cause. If it wants to court real health food customers over the long run, mass market has to do the same.

nbj: How is transparency/traceability manifesting in the market?

Lewis: A good example is the growing awareness that local small-scale producers are particularly valuable. It crosses generations, geography and socio-economic status. We do perceive a more active conversation around standards for local production. Local no longer gets a pass on GMOs, pesticide use, safety and sustainability. In the long run, Local will have to provide just as much transparency as organic to maintain its legitimacy. Enough bad actors will be looked at under a microscope, and they will disappoint. That's just what happens. The same process is taking place in the larger food supply chain.

nbj: Many in the industry fear that the word “natural” has lost all meaning. What is Natural Grocers doing on the issue?

Lewis: Our customers certainly know what ‘natural’ means—which is good since we call ourselves Natural Grocers! They know this because for decades we have published a list of ingredients that are not allowed in any of the foods we sell. And—lo and behold!— those ingredients are really not on our shelves. This is the number one customer compliment we receive: thank you for being honest and having integrity. Other retail standards are merely classification systems, not standards. Were Simple Truth an actual standard for Kroger, the truth is their stores would simply be empty of products. Food makers and retailers have actively participated in a campaign of confusion around ingredients and standards. Once you start seeing a ‘good, better, best’ system and colored-coded labels, run for the hills!

nbj: Do think there is a trade association or other group in a good position to lead the effort to define natural?

Lewis: Not at the moment. I see independents and chains like PCC Markets, Mom's, Mrs. Greens and Natural Grocers creating core consumer demand that prompts conventional retailers to attempt strategies to claw back those sales. Safeway created private lines to capture the '70s health food store customer. Simple Truth was created to capture the O organic customer, etc. All the ersatz “natural” brands reference fairly consistent lists of banned ingredients that are beginning to form the basis for an industry-wide standard. It will eventually become impossible for brands that do not use a similar banned ingredient list to be accepted as natural. The market is well along on this process.

nbj: What’s the next step?

Lewis: I have put all of these lists side by side in a spreadsheet. They are nearly identical and appear to be cribbed from each other. But some retailers clearly have no idea why they are banning the ingredients. They are publishing lists purely because consumers seem to want a list. Let’s hope the future of the natural ingredient claim includes transparency around why it is important. Our longstanding list is titled 'What We Don’t Carry' and Why for precisely that reason. I sometimes get the feeling that Kroger is leaving the Why part up to others. They say as much on the Simple Truth web site. Consumers will eventually demand some transparency and verification for natural claims, as is now provided by Organic.

nbj: Class action lawsuits over “natural” labels have become a lucrative source of income for lawyers. What is the ultimate result of that?

Lewis: Trial lawyers can have a productive role in creating transparency. One would hope that driving positive change is the primary motivator; one might sometimes be wrong. In the absence of federal, state or local regulatory action by the executive branch, our constitution provides for redress in the judiciary. I would rather have that option abused at times than lose it altogether. The result of many of these lawsuits is subsequent legislative corrections prompted by the target companies. I welcome the resulting debate even when it is catalyzed by lawsuits.

nbj: Are people making the challenge of defining natural more complicated than it needs to be?

Lewis: For the average mass market and crossover customers, the banned ingredients list enough. For the core health food customer, the integrity of every step in the supply chain matters. But there again is the trap: some retailers fear transparent disclosure about the source and production methods of ingredients they are indirectly claiming are OK. Universally, natural milk does not allow the use of synthetic hormones. But what about milk ingredients from confinement dairies? Feeding cows GMO alfalfa? Administering multiple drugs using off-label protocols? Relying too much on antibiotics to overcome unhealthy conditions?  Banned ingredient lists are ok as a starting point to differentiate natural. Retailers should know they must prepare to disclose supply chain practices if the natural perception is going to stick as a branding strategy.

nbj: If natural is defined, what kind of outreach will it take to make consumers aware?

Lewis: Publish the banned substance list. Honor it. Explain the rationale and the science behind it. Don't make exceptions. Build it honestly and they will come.

Retailers can combat supplement negativity on the front lines
Jun 04, 2014