We get “butterflies in our stomach” when we’re nervous and a “gut feeling” when we suspect something’s about to go wrong. Intuitively, we’ve always known our brain talks to the gut. But in recent years, as interest in the gut microbiome—our inner-world of bacteria—has exploded, and scientists have increased their study of the systemic impact of food intolerances, a new realization has emerged.

“We’ve discovered the gut talks back to the brain,” says Duffy MacKay, ND, vice president of scientific and regulatory affairs for the Council for Responsible Nutrition.

Animal research, and a few small studies in humans, suggest that manipulating the gut flora via probiotic supplements or functional foods can have a measurable impact on brain activity and mood. Meanwhile, some evidence suggests that people with behavioral and cognitive issues can benefit significantly from removing gut-damaging allergens from their diet. Researchers caution that the science is young and it’s too early to be prescribing, with any confidence, specific probiotics for things like depression, anxiety, or autism. But many in the nutrition industry predict that day could come, and when it does, it could be a boon to both the thriving probiotic supplement market—up 23% to $1.2 billion in 2013 US sales, according to NBJ—and the stagnant brain health supplement market, which hovers at a flat $635 million.

Government studies show that 32% of adults suffer some kind of mental health disorder, and 1 in 3 develop cognitive impairment during their lifetime. Yet drugs for depression and anxiety come with side-effects and questionable efficacy, and attempts to develop a dementia-fighting pill have come up short.

“This is an area where drugs are really showing their limitations,” says MacKay, who sees the gut-to-brain connection as an ideal growth opportunity for the nutrition industry. “It falls squarely in our wheel house of supporting normal and healthy by more holistic means.”

How the gut talks to the brain

As far back as the 1900s—when food company founder Dr. John Harvey Kellogg recommended yogurt enemas for “melancholia”—practitioners have suspected a link between gut and brain health. But only recently has science begun to unravel the possible mechanisms by which a sick gut contributes to a sick brain.

One suspected pathway is via “intestinal permeability” or “leaky gut,” a condition in which the spaces between the cells in the intestinal lining grow wider, enabling bacteria and other compounds to leak into areas they don’t belong. The immune system attacks, unleashing inflammatory cytokines and other antibodies system-wide, wreaking havoc on the nervous system, including the brain.

Food allergens often trigger the process, says New York based naturopath Doni Wilson, ND, author of The Stress Remedy. “Because it’s so hard to digest, something like gluten can get in between the cells and trigger an immune response,” she says. In a “viscous cycle,” stress prevents the gut lining from healing itself, exacerbating the problem.

Mark Lyte, PhD, a microbial endocrinologist at Texas Tech University Health Sciences Center, says inflammation and immune response certainly play a role in the story of gut-brain communication. But something else is also going on, even in those whose gut lining is intact.

The gut bacteria themselves are producing potent brain chemicals. “We are starting to understand that these bacteria are not simply dumb bugs. They are interacting with us in a way we didn’t realize before,” says Lyte.

In a seminal paper published in 2011, Lyte hypothesized that probiotics (good bacteria) function “as delivery vehicles for neuro-active compounds.” For instance, lactobacillus and bifidobacterium churn out GABA, a key neurochemical responsible for quieting the mind. Escherichia, bacillus, and saccharomyces on the other hand produce norepinephrine, the neurotransmitter responsible for aiding concentration. Candida and streptococcus produce the mood regulator serotonin, and bacillus and serratia churn out dopamine. These mind-altering compounds appear to make their way to the brain via circulation and/or the vagus nerve (which extends from the brain to the abdomen) where they can have measurable effects on mood and cognition.

“The ability of probiotics to affect central nervous system processes is perhaps one of the most exciting recent developments in probiotic research,” Lyte says. The key task now for researchers, he adds, is to determine precisely which strains of probiotic accomplish what in the brain and develop drugs or supplements around those science-backed strains. “The trouble with probiotics is that every company has their favorite probiotic already and they only want to fund research around theirs,” he says. 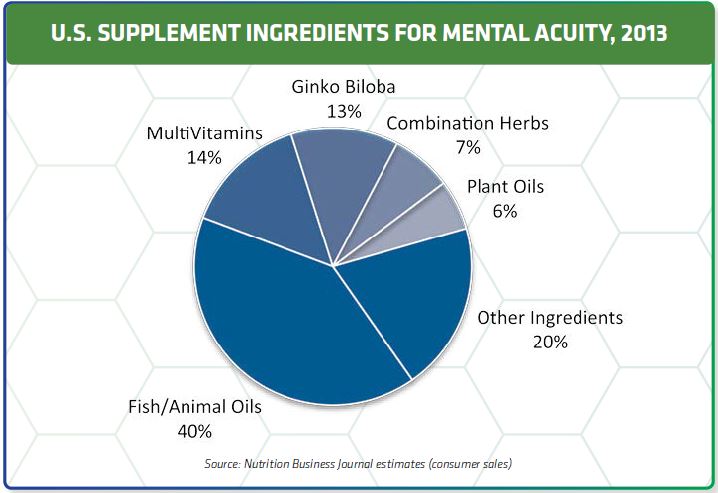 Functional dairy to the rescue

Reams of recent papers have demonstrated that manipulating the microbiome of mice and rats can shape their behavior.  At McMaster University in Ontario, scientists recently showed that infusing the colon of a timid mouse with bacteria from an adventurous mouse, via fecal transplant, can prompt increased expression of the protective protein Brain Derived Neurotrophic Factor (BDNF) in the hippocampus, and make the timid mouse more adventurous.

Another study, by Taiwanese researchers, involved a functional food made with black soybean milk infused with GABA-containing bacteria. When fed to rats, it showed anti-depressant effects without the side effects often associated with prescription antidepressants.

But so far, studies in humans have been small and scarce. In May 2013, UCLA researchers released a much-heralded study in the journal Gastroenterology exploring how the brains of women responded to ingestion of a commercial yogurt (Danone’s Activia) containing Bifidobacterium, Streptococcus, and Lactobacillus strains.

The study divided 36 women, age 18 to 55, into three groups: one ate the yogurt twice a day for four weeks; another ate a product that looked and tasted like yogurt but didn’t contain probiotics; a third ate no product at all. Brain scans were taken before and after the trial, while the women viewed pictures of people with angry or frightened faces.

The yogurt-eaters showed decreased activity in the insula (the part of the brain that integrates internal body sensations) and the somatosensory cortex (which controls emotional reactivity). “We saw a decrease in the brain’s response to negative emotional pictures,” says Dr. Kirsten Tillisch, an associate professor of medicine at UCLA. “Our findings indicate that some of the contents of yogurt may actually change the way our brain responds to the environment.”

Tillisch is quick to stress that “it is too early to recommend that people take a particular probiotic or eat a particular diet to have a good mood.”

Another industry-backed, double-blind, placebo-controlled study, published in 2008, found that a commercial probiotic preparation called Probio-Stick, developed by Montreal-based ingredient supplier Lallemand Health Solutions, reduced “stress-induced abdominal symptoms” in those who took it daily for two weeks. A few years later, a 30-subject follow-up study of the same product, which contains the strains Lactobacillus helveticus R0052 and Bifidobacterium longum R0175, showed that when people took it for 30 days they reported less anxiety and depression. Subsequent animal studies suggest the strains may modulate activity in discrete areas of the brain, such as the amygdala, which is critical for memory, decision making, and emotional reactions.

More human trials are now underway in New Zealand, Canada, and the United States. “Since this has hit the news, we have been inundated by investigators who want to study it,” says Thomas A. Tompkins, PhD, research director at Lallemand.

Tompkins notes that right now, Probio-Stick is only marketed in Canada as a means to alleviate the “gastrointestinal symptoms associated with stress,” not mental health symptoms themselves. “That is the soft level of claim we can justify right now. We can’t talk about other symptoms until we have more evidence.”

That seems to be the consensus of many major players in the probiotics space, who say they find the idea of quelling mental health issues with probiotics intriguing, but not quite ready for prime time.

“This is one more example of how maintaining proper gut health can have valuable impacts way beyond the gut,” says Greg Leyer, PhD, chief scientific officer at probiotic manufacturer UAS Labs. “We are not actively studying it yet, but we are definitely watching with interest. It’s fascinating.”

Mike Bush, of Cleveland-based ingredient maker Ganeden Biotech says his company is doing some preliminary research, but is too busy shoring up the science behind its immune and digestive health claims to pay a ton of attention to the gut-brain axis. As of now, if one of his manufacturing clients wanted to make a “brain health” claim on a product that contained Ganeden’s proprietary BC30, he wouldn’t allow it. “It’s all so early. Any probiotic company making a claim about their product related to these brain health areas would be doing so without proper evidence. We are not there yet.”

Where practitioners, and even some supplement companies, do feel comfortable chiming in already is in the area of diet. In his runaway bestseller Grain Brain (Little Brown and Co. 2013) and the newly released Grain Brain Cookbook, Florida-based neurologist David Perlmutter, MD, argues unequivocally that “carbs are destroying your brain” and that wheat and sugar are “the brain’s silent killers.” Gluten, he says, is likely at the root of many cognitive and mental health issues. He points to a 2012 study showing that 34% of people with gluten sensitivity have neurological issues and 22% report depression.

Other studies show that as many as half of the people suffering cognitive or emotional issues related to gluten sensitivity don’t have any digestive problems at all. “A lot of practitioners only think to test for gluten sensitivity if the person has diarrhea,” says naturopath Wilson.

In her New York clinic, Wilson tests for gluten sensitivity in patients who complain of brain fog or unexplained mood swings. If they seem to show an intolerance, she not only takes them off it—to heal a “leaky gut”—but also supplements with probiotics. She’s had several patients take the tests, make the dietary changes, and experience relief from anxiety and depression.

Meanwhile, the number of supplement companies catering to children with autism, attention deficit disorders, and other behavioral issues is exploding. “We have gone from zero competitors to about 10,” says Larry Newman, chief operating officer with Kirkman Labs, which, since 2000, has provided gluten-free, casein-free supplements to such children.

According to the Autism Research Institute, as many as 70% of children with Autism Spectrum Disorder also suffer gastrointestinal disorders, and 36% suffer allergies to food products like gluten and casein. Newman’s top sellers are probiotics and digestive enzymes, and all of the company’s supplements are gluten-free and casein free.

But he too makes an important distinction about his products, saying they aren’t intended to “treat” autism or behavioral issues, but rather to address the gut health problems that so often come along with them. Could healing that gut help them think more clearly, feel happier, or behave better too?

It stands to reason, he says. “Certainly if you are in pain and uncomfortable all the time, it effects the way you act.” 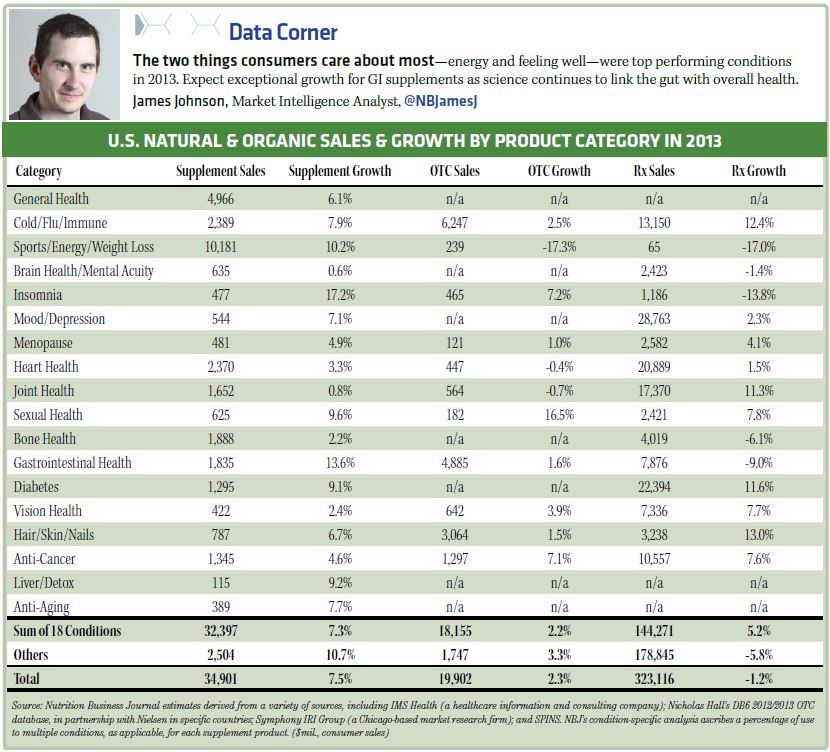