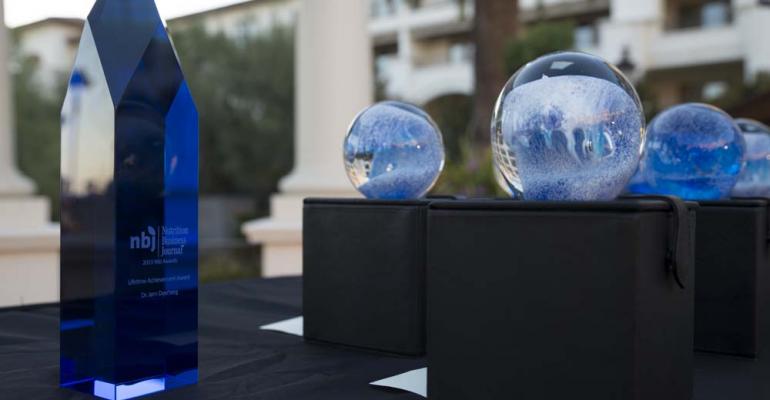 Highlighting the standout brands of a standout year

Here’s a number: 7.4 billion. That’s the dollar amount of the top 10 mergers and acquisitions in the nutrition industry in 2014. Just the top 10!

The momentum in this space is real and accelerating, driven not just by those big-money transactions but by companies proving that it’s quite possible to do well by doing good—that the healthiest choice can also be the most delicious, that the environmentally sound approach can also be the cheapest, that ethics and business aren’t mutually exclusive.

In this issue, we highlight companies that are leading the way in our industry. As in years past, NBJ accepted open nominations and went through several rounds of vetting to narrow things down, then held two rounds of in-depth sessions with our advisory board and NBJ staff to settle on the winners you see here. It’s a lot of work, but we can’t forget that these companies are run by people, and that our award “categories” are actually missions at the core of both personal and corporate identities.

When people dedicate themselves to launching or working for companies on the belief that they can do something good for the environment, an award for organic excellence has to be more than an afterthought. Same goes for awards like sustainability, efforts on behalf of the industry, philanthropy, and all the other accolades on the following pages. What these companies are doing matters deeply. These awards are just one of the ways we try to draw attention to that.

And, of course, they’re an opportunity to dive into the trends that are shaping our industry—trends like the Omega-3 Coalition and its efforts to reshape consumer perceptions; or like the disruptive Silicon Valley mindset of plant-based upstart Hampton Creek; or those big-money mergers that signal the industry’s growing stature.

The best of the best: See all the winners of the 2014 Nutrition Business Journal Awards here | http://ow.ly/HFfsc

This isn’t to say that there aren’t challenges, of course. The word “natural” continues to cause problems, and the promising clean-label movement is coming to grips with the myriad forces lined up against it. There are also the related issues of shady companies pushing bad science out alongside sound research, and misguided journalists failing to see the difference, which confuses consumers and drags down the good with the bad.

But if there weren’t challenges, we wouldn’t have reason to improve. What makes each of the companies on the following pages so special is that they have thrived in the face of adversity. In fact, our entire industry is a response to problems, be they health, environmental, or ethical.

Here’s to fighting the good fight.