Success is more than the bottom line for FoodState’s Craven 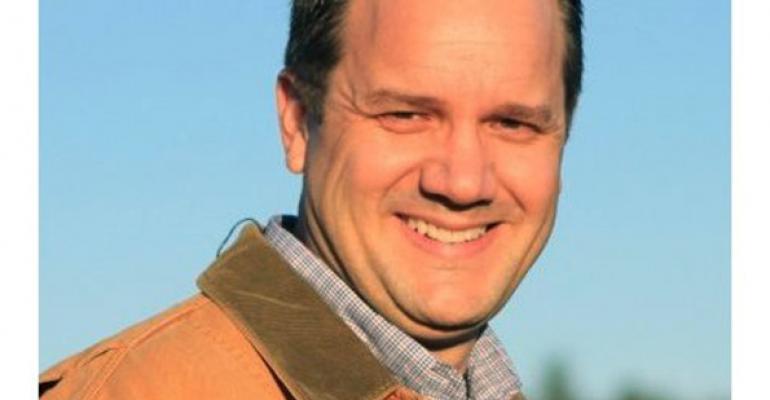 Unlike some nutrition industry CEOs, Robert Craven has never stayed behind the curtain, let alone a closed window-office door.

Since 2011, Robert Craven has been the man behind the curtain at FoodState, the company that makes and markets the fast-growing whole food supplement brand MegaFood in the natural channel and the Innate Response brand in the practitioner channel. Yet, unlike some nutrition industry CEOs, Craven has never stayed behind the curtain, let alone a closed window-office door. Rather, heâ€™s made it his mission to get out amongst his employees, his customers, his suppliers, and even his competitorsâ€”all in an effort to create and disperse a strong company culture that values authenticity, passion, quality, productivity and improving peopleâ€™s lives. 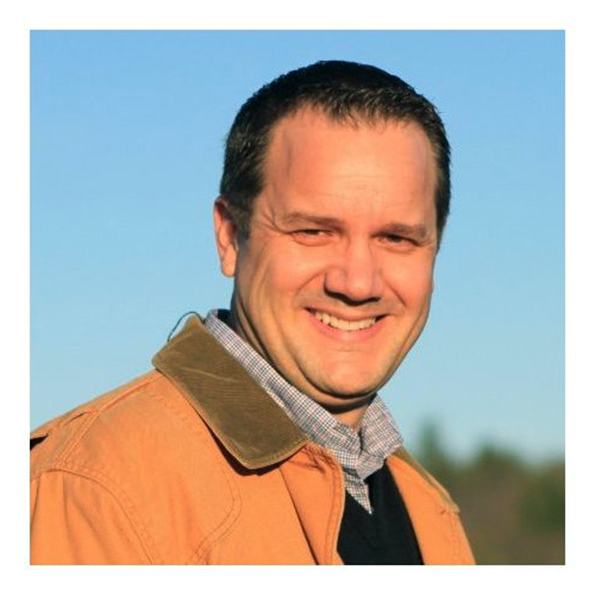 ts speak for themselves. Since Craven took the reins at Derry, New Hampshire-based FoodState, the company has more than doubled its sales and number of employees and built a new manufacturing facility and moved into new, more spacious office digs. Backed by private equity investors 2X Partners and Riverside Investments, Craven and his team helped FoodState attract numerous new potential owners before finally being purchased by Pharmavite, a subsidiary of Otsuka Pharmaceutical Co., in December 2014.

These accomplishments alone make Craven worthy of winning NBJâ€™s 2014 annual Management Achievement Award. And yet, these successes belie the real impact this CEO has had on his company and the broader nutrition industry, as we learned through discussions with FoodState employees, customers and investors. These conversations illuminated important lessons on what it means to be a conscious leader, on how to take care of your customers and your people while doubling your companyâ€™s size, and on how to keep the folks backing you happyâ€”all things we believe are ingredients for truly exceptional management achievement.

When Craven joined FoodState in 2011, his immediate priorities were internal. He brought in talent he knew would be needed to take the company to the next level, but he also focused on getting to know the people who had been with the companyâ€”all in an attempt to ensure he had the â€œright people in the right seats on the bus,â€ says Stacey Gillespie, director of product marketing and a 12-year FoodState employee.

â€œHe was committed to talking to everyone, from all the manufacturing employees to the exec team, to make sure they were in their right spot, doing work they enjoyed and functioning at their highest level,â€ Gillespie says. â€œWhen you love what you do, you work better.â€

Craven supported this effort by arming employees with new technology such as iPhones to enable more efficient communication and by creating a weekly management training program called â€œFlight Schoolâ€ geared toward strengthening and developing the companyâ€™s leadership.

Gillespie says the most impactful thing the new CEO did, however, was to institute FoodStateâ€™s core values. But rather than create the core values on his own or with a small group, Craven engaged the entire organization in the processâ€”and this, Gillespie says, â€œaccelerated the companyâ€™s growth by strengthening its culture.â€

â€œYou hear employees at all levels talk about and contemplate our core values as they do their jobs and make decisions,â€ Gillespie adds. â€œOne of our core values is to â€˜do it right,â€™ and we all take that very seriously.â€

The way Craven announced Pharmaviteâ€™sÂ  purchase of FoodState at the end of 2014 is a prime example of how this CEO tries to operate by the companyâ€™s core values.

Craven and others in the industry view the acquisition as a win-win for both companies for many reasons. The two supplement makers are well aligned in their mission of improving lives, and Pharmavite, which makes the longstanding Nature Made suppl

ement brand, is a leader in the mass market channel and is said to have no intentions of moving MegaFood out of the natural channel. As a wholly owned subsidiary of Pharmavite, FoodState will be able to operate as usual under Cravenâ€™s continued leadership.

Still, for all of these positives, Craven knew many people, particularly some employees and retail customers, would have questions and concerns about the new ownershipâ€”and so, in a move that was pure Robert Craven, he worked double-time to open up lines of communication upon announcing the new ownership.

â€œPeople have a right to ask questions about what this acquisition might mean for a brand they love,â€ Craven told newhope360 on the day the acquisition was announced. â€œIâ€™m ready to answer any question anybody may have about our new ownership.â€ Craven backed up this statement by holding a company town hall for employees, hosting a live video chat during which he addressed any and all questions, and personally calling and reaching out on social media to many of FoodStateâ€™s customers.

â€œRobert seized the moment and made sure we all knew that he and MegaFood are there for us and wonâ€™t abandon us,â€ says Cambridge Naturals Co-Owner Michael Kanter, who was one of those retailers Craven reached out to about the acquisition news. â€œThis was refreshing because there have been other times when companies have sold and the CEOs and other executives were either indifferent or even almost hostile to communicate with the retailers who had supported them over the years. Robert took the opposite approach.â€

Along with fortifying FoodState internally, Craven has been focused on strengthening the companyâ€™s brands over the last four yearsâ€”and this has had a significant impact on the business, says Andrew Whitman, managing partner of 2X Consumer Products Growth Partners, who is an investor in FoodState and close advisor to Craven.

â€œFive years ago, the company had a great set of products, but it wasnâ€™t telling their story,â€ Whitman says. â€œRobert and Jean [Lizotte, FoodState vice president of brand] spent a lot of time evolving how the brands stories are told.â€ From these efforts came MegaFoodâ€™s Road Less Traveled advertising campaign, which features real employees and retail customers, as well as the Seasonal Therapeutics line and education initiative that was created for Innate Response in partnership with Dr. Tieraona Low Dog, MD.

FoodState catapulted its brand storytelling to the next level in 2014 with the launch of the Transparency Project. Created to give customers and consumers a better understanding of how FoodStateâ€™s products are made and what goes into them, the Transparency Project included a six-week live web series that gave viewers an unscripted view into the companyâ€™s offices and manufacturing and production facilities and even into the fields where FoodState sources its organic ingredients.

Craven reinforces all of these initiatives with his own active social media activity, which rivals that of any nutrition industry exec. â€œHe is a modern day marketing CEO and the companyâ€™s biggest brand advocate,â€ says Adam Ismail, executive director of the Global Organization for EPA and DHA Omega-3s and a member of the NBJ editorial advisory board. â€œCompanies where the CEO plays that role are some of the best-performing companies out there.â€Â

Finding ways to support and create new opportunities for the broader supplement industry is another priority for Craven and one that demonstrates how his efforts are benefitting more than just FoodState.

NBJ Management Achievement Award winner @robertucraven has never been one to stay behind a closed office door http://ow.ly/HIc7r

In 2013, Craven helped found the Non-GMO Working Group, which brought together supplement manufacturers to work together with the Non-GMO Project to get more supplement products verified as non-GMO. â€œThe Non-GMO Project has rigorous, high standards for obtaining their seal and much the supplement ingredient supply chain is not ready to support the cause,â€ Craven says. â€œMy hope is that by creating the Non-GMO Working Group we can create a more phased approach that allows our ingredient suppliers to catch up with the movement.â€

The Combat Mass Slippage campaign is another Craven-led effort aimed at providing education and other support to natural channel supplement retailers, which Craven argues are essential to the health of the entire industry because of the front line of education they provide consumers on supplements, nutrition and wellness.

â€œRobert is all about helping the retailers,â€ Whitman says. â€œThis is a genuine priority for him. He has proactive dialogues with not just his biggest customers but with tons of independents. It is a way for him to keep his ear to the ground but also a way to help his retailers help their consumers.â€

For Kanter, Cravenâ€™s mission of helping natural retailers remain competitive in a rapidly changing retail environment is the â€œreal dealâ€ and one that makes him particularly worthy of NBJâ€™s management achievement award. â€œRobert sees us all as partners in this work to improve peopleâ€™s lives,â€ Kanter says. â€œThat makes a difference for his business and for ours.â€

The Value of Values

Talk to anyone who works closely for or with FoodState and at some point the companyâ€™s core values will come up. The ideas expressed in these core values are certainly simple, but put into action, as they have been under Robert Cravenâ€™s leadership, they become powerful human motivators that benefit not only the bottom line, but also an organizationâ€™s employees, customers, vendors, investors and all stakeholders, as FoodState has learned.

As defined by all of its employees, FoodStateâ€™s core values are: Be real, do it right, share the love, pursue your passion, think like an owner, enjoy the journey, value health and wellness.

Twinlab pulled the corporate equivalent of a double backflip in 2014 with a â€œreverse mergerâ€ that began in January with financing for a $106 million management buyout and ended in September with a â€œreverse mergerâ€ that took Twinlab Consolidated Corporation public. CEO Tom Tolworthy engineered the deal to give the company the capital and stability long missing from Twinlabâ€™s business equation and the industry is watching closely to see where he takes it.