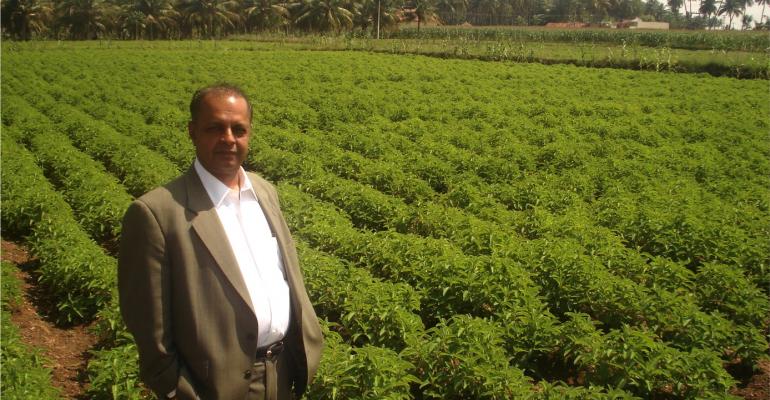 Sabinsa Corp.’s founder, Dr. Muhammed Majeed, a long-time pioneer in validating India’s traditional herbal medicine through modern science, has emerged as a proactive protector of India’s herbal heritage. With demand for Indian herbs growing rapidly as products based upon India’s Ayurvedic medical system gain in popularity, maintaining a steady supply of raw material while protecting viability of herbs viewed as having the potential to become endangered increases in priority. To that end, Dr. Majeed initiated an aggressive “backward integration” program to expand the company’s existing cultivation program.

The company just announced it is in the process of acquiring an additional 5,000 acres of farmland in Tamil Nadu to grow herbs and medicinal plants, as well as set up a demonstration farm to train more farmers in how to best grow specific herbs Sabinsa will purchase from them. The company became actively involved in cultivation programs 11 years ago and over the years has increased the program to cultivate 40,000 acres. Since 2004, the company has been working with farmers on cultivation programs for Coleus and other herbs, and has been very successful in training farmers to grow high quality raw materials for Sabinsa and Sami Labs. This new program will accelerate the company’s commitment to cultivation and training.

Sabinsa’s manufacturing arm Sami Labs requires around 20,000 tons of turmeric alone, in addition to many other raw materials in relatively short supply such as gac, black ginger, bitter gourd, tulsi and shatavari. Black ginger, which is used as an aphrodisiac in East and South East Asia, is grown mainly in the eastern parts of the country, and Sabinsa intends to begin cultivation. For tulsi, the company intends to cultivate about 1,000 acres.

“India has a rich heritage in medicinal herbs that have a significant impact on improving human health, but demand is jeopardizing sustainable supplies of some of the herbs,” Dr. Majeed said. “We are confident that we can develop cultivation programs that meet our own requirements, thus helping to protect the supply of these cultural treasures from overharvesting.”