Are non-GMO Cheerios stirring up the natural industry? 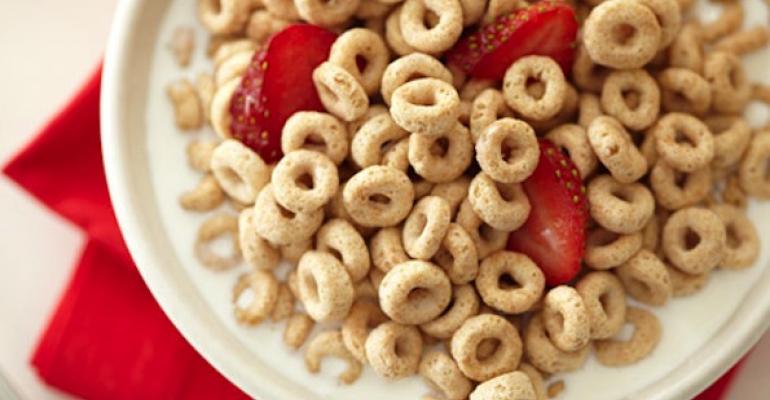 General Mills recently announced that Original Cheerios are primed to be GMO free&mdash;a move that non-GMO advocates applaud. But the announcement conjures many questions that may not yet have answers.

Non-GMO advocates are in a celebratory mood.

Last week, General Mills announced their Original Cheerios will soon be GMO-free. The company stated that though the Cheerios formula does not differ, they made “some changes in sourcing and in our plants—for example to separate cane sugar from beet sugar.” The company also said they made a significant investment to implement these non-GMO changes in production facilities.

While Original Cheerios will be labeled as “Not Made with Genetically Modified Ingredients,” other flavors with more corn-based ingredients such as Apple Cinnamon Cheerios or Multi Grain Cheerios may still contain GMOs.

Why the change? The company adamantly denies it’s not a question of safety. “Biotech seeds, also known as genetically modified seeds, have been approved by global food safety agencies and widely used by farmers in global food crops for almost 20 years,” writes Tom Forsythe, VP of Global Communications for General Mills in a blog post. “We did it because we think consumers may embrace it."

Cheerios received flak from vocal non-GMO organizers throughout 2012. As initiated by Green America’s GMO Inside campaign, last December the Cheerios Facebook page was bombarded by a litany of pleas urging the company to halt use of genetically modified ingredients (which may have been found in Cheerios’ modified corn starch and sugar), and impassioned vows to eschew the product unless it was GMO free.

In a visually powerful anti-GMO message, consumers also posted Cheerio-branded images depicting the words “Poison,” “Deception,” “GMOS No Thanks,” and “CherriGMOs”—some with a Cheerio dotting every “I”.

“Removing GMOs from original Cheerios is an important victory in getting GMOs out of our food supply and an important first step for General Mills,” said Green America Corporate Responsibility Director Todd Larson. “Original Cheerios in its famous yellow box will now be non-GMO and this victory sends a message to all food companies that consumers are increasingly looking for non-GMO products and companies need to meet that demand.”

Cheerios are not often found in natural stores—rather, the brand is indicative of a mainstream consumer product. So what does it mean when this ubiquitous, instantly recognizable and emotionally charged company declares they are non-GMO? (And label it as such?)

It will be interesting to examine the success of non-GMO Original Cheerios six months from now. Will sales increase? Will mainstream shoppers be more apt to buy a cereal free from GMOs over a competing brand, such as Kellogg’s Crunchy Nut? Will General Mills’ other cereal brands (Trix, Cinnamon Toast Crunch, Lucky Charms) enjoy a non-GMO transparency halo?

Will Original Cheerios seek the Non-GMO Project Verified seal? Will they go USDA Organic? If not, how can General Mills guarantee their ingredients are truly non-GMO?

It's feasible that natural sales may suffer now that non-GMO foods can be found in conventional aisles. "Yet, given how much opportunity for growth there is here we should embrace all comers who join the non-GMO community, big or small," says Loren Israelsen, President of the United Natural Products Alliance (UNPA). "Perhaps a more important question is how will Organic and non-GMO co-exist in the marketplace? This is more crucial to the natural products industry."

Forecasting beyond sales, will CPG support of non-GMO products nurture supply chains and transportation infrasructure so that other companies may easily source non-GMO ingredients? It's certainly a possibility. "Cheerios is an iconic brand, and if it really goes non-GMO, this is another clear indicator of demand for non-GMO ingredients," continues Israelsen. "In this case, it should be a durable, long-term demand."

And what about the other Cheerios flavors? If General Mills is sincerely dedicated to non-GMO, wouldn’t they at least have plans to transition their myriad other SKUs to GMO free?

Undeniably, Cheerios’ announcement poses questions that don’t yet have answers.