From 'Dark Act' to 'Disappearing Act,' compromise a sellout 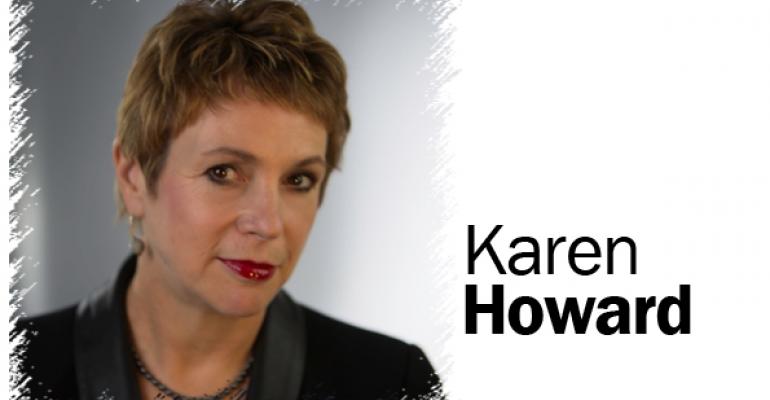 For 30-plus years I’ve staffed conference committee negotiations on Capitol Hill, advocated for nonprofit programs and represented the financial interests of major corporations. True legislative compromise is an art and one that should benefit all stakeholders, especially taxpayers.

The DARK Act, the new GMO compromise bill introduced by Sens. Pat Roberts, R-Kan., and Debbie Stabenow, D-Mich., was created with the help of Big Food interests who have infiltrated the Organic Trade Association. It occurs to me that this legislation needs a catchier name.

The bill should be named the Disappearing Act because it’s a bill bioengineered to make GMO disclosures disappear into oblivion. The GMO Disappearing Act is an act against transparency, which is a cornerstone of the Organic and Natural Health Association. Collectively we work to advance and grow the organic and natural health marketplace, for the sake of building a safe and sustainable future. Every decision we make is predicated on its impact for the consumer.

A conglomerate of industry insiders and Big Food trade groups, united in agreement with the OTA, to a compromise that exempts most GMO foods from labeling. The FDA’s technical comments were quite critical of the bill, noting that it “may be difficult” for any GMO to qualify for labeling.

So get ready for a sleight of hand when shopping, Congress is about to make transparency disappear when it comes to the labeling of genetically engineered foods.

Are we all just suckers for Big Food players like Smucker’s who sit on the boards of the Grocery Manufacturers Association as well as the OTA who are largely responsible for this treacherous compromise?

This GMO Disappearing Act leads consumers to believe that GMO labeling will be mandatory, and that most foods will be labeled. On the contrary, there is no mandatory GMO labeling required. The primary goal of this bill remains nullification of Vermont’s existing labeling statute and superseding each state’s right to enact GMO labeling laws.

Passage of the Disappearing Act would only exchange Vermont’s four-word requirement of “produced with genetic engineering” language for an antiquated QR code option and accompanying vague language, “scan here for more food information.” What’s next? Will Congress endorse the use of QR codes as the best and most nondiscriminatory way to share nutrition label information on calories, fat and sugar content? And how, pray tell, does the bill’s use of the QR code eliminate the No. 1 objection to Vermont’s mandatory labeling law: Increased cost of food from new packaging? The horrifying cost of new label runs has conveniently vanished into thin air.

Congress is saying, in effect, let’s shield consumers from knowledge that is critical to their decision-making.

The result? If you are a company doing the right thing to reduce or eliminate GMO ingredients in your products, you can’t explain that to your customers. If you currently disclose your products contain GMO ingredients, you are no longer required to. If you have a smartphone, internet access, the right QR reading app and two quiet children in the grocery store, then you have the special key to unlock the bioengineered door, otherwise you are just another sucker.

Congress stacked the deck against consumers

Make no mistake; this is poorly written, bad legislation. Far from compromise, it reflects the wishes of Big Food without the careful checks and balances or thoughtful crafting and transparent goals associated with modern food policy.

The Disappearing Act is a sellout

The OTA is declaring a victory in defending this legislation as a big win for the organic industry, but it’s a colossal loss for the consumer. Creating one definition of genetic engineering for food and another for use on labels will continue to erode consumer confidence in the supply chain, and the organic standard itself, over time. The OTA can try to distract us with false claims of mandatory labeling, but we know the trick they are playing—QR codes are not disclosure. Why does a label need decoding?

When faced with the challenge of defining natural and issuing a certification, Organic and Natural Health took the position that there could be no natural product that first did not meet the organic standard. Our data, combined with market sales, demonstrate the public wants the organic standard. No smoke. No mirrors. No magic tricks or misdirection. We also know the average consumer mistakenly believes natural and organic are equivalent. For that reason, we are proponents of organic plus in the marketplace. Our position is this: Continual quality improvement in testing, adoption of regenerative agricultural practices, as well as traceability in manufacturing and processing is required for the sake of the integrity of our food supply. These principles will enable widespread access to quality foods and health products, and ensure the transparency consumers demand.

Corporations and groups including Nature Valley, Natural Grocers, Lassen's Natural Foods and Vitamins and American Grassfed Association are moving the organic dial forward at every step, upping the ante every day for quality, production and sales of non-GMO foods. As an industry we need to do more of this and less pandering to Big Food executives who pad our trade association wallets.

Our goal is to work with companies of integrity that are committed to improving today’s diminishing organic standards. The GMO Disappearing Act degrades the advancements made by the pioneers of the organic industry for the past 25 years, and insults the intelligence of its consumers. As a trade association rooted in the interests of consumers, we plan to strengthen the organic standard, not sell it out.