HomeNewsRegulatoryThe local GMO revolution that could
Recent
Latest
Podcast: What brands need to get on shelf at Fresh Thyme Market
May 24, 2022
Natural Habitats releases Palm Positive+, A Reference Guide
May 24, 2022
The Planting Hope Company aims to prove gender equity leads to success
May 23, 2022
4 tips to get ahead of chemical concerns in packaging
May 20, 2022
Trending
Whole Foods' honors 30 companies with 10th annual Supplier Awards
May 18, 2022
Getting ready for 2023: Trends for brands to consider
May 17, 2022
Sponsored Content
The rise of sustainable business – eGuide
Sponsored Content
Natural beauty market trends
Jun 16, 2021
Natural Vitality
brought to you by

The local GMO revolution that could 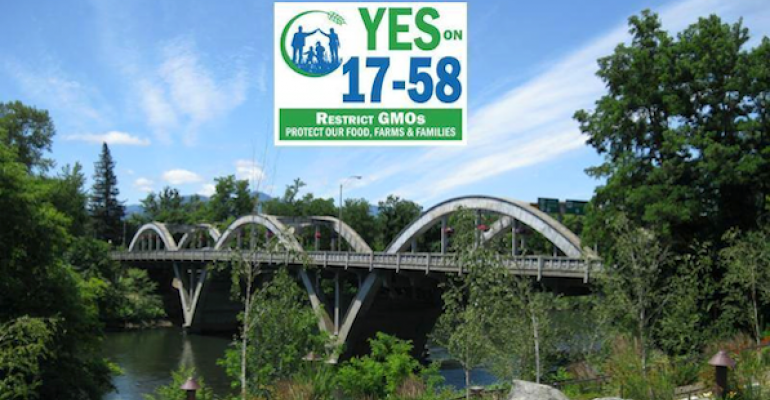 Here&#39;s how non-GMO advocates from across the country have helped ten of their local restaurants earn various levels of &ldquo;GMO-free&rdquo; status and introduced local non-GMO ballot initiatives.&nbsp; 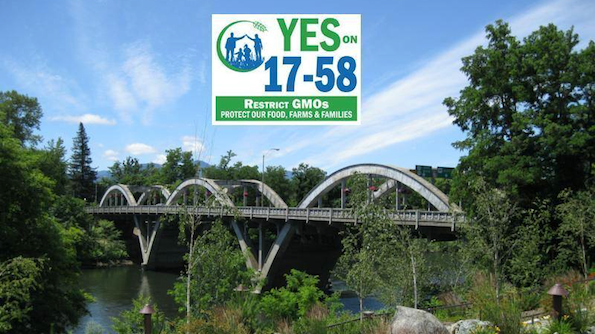 Many of us vote at polls, write our members of Congress, and assist in legislative efforts to try and eliminate GMOs from our agriculture and food supply. But others, such as Karen Daggett Austin and her cohorts in Josephine County, Oregon, simply take matters into their own hands. Through their strictly volunteer efforts, they have helped ten of their local restaurants earn various levels of “GMO-free” status, and have also introduced local ballot initiatives to restrict the growing of GMO crops. It’s the type of revolution that could, if practiced nationwide, curtail the GMO issue completely.

It was only a year and a half ago that Austin and two of her friends decided to take action in their local area. “Back in October of 2012, three local ladies—one of them being myself—connected through a newspaper article on GMOs,” Austin told Organic Connections. “We started meeting, and decided that we needed to do something in our community to raise awareness about GMOs in general—to address potential toxicity for families and children, and those kind of things. I’m a grandmother and one of the other gals is a mom, so we had a vested interest.”

The group began giving presentations around the county, raising awareness on the issue, and GMO Free Josephine County was born. In its short life it has proved incredibly popular: the group now has a mailing list of 1,200, along with 2,500 followers on Facebook.

Part of its publicity—and raised curiosity from the public—came about from action the group took right at its inception. “We have a couple of ballot initiatives for GMO crop restriction,” Austin said, “one that we sponsored in our county and one in the adjoining Jackson County, which are going to be on the May ballot.”

GMO Free Josephine County is also assisting in a state ballot GMO-labeling initiative that will be before Oregon voters this November.

But for Austin and her partners legislation wasn’t enough. Eight months after its initial formation, GMO Free Josephine County turned its attention to local eateries. “In June 2013, the big news everywhere was about Chipotle Grill and their announced commitment to label their menu items, provide many organic options, and to make the transition to be GMO-free in the next couple of years,” Austin recalled. “We thought, ‘Why couldn’t we have something like that on a local level?’ We could encourage restaurants that were already locally and sustainably minded, but maybe just needed a little bit more education and would then do something like that for our community.”

The group evolved a mission statement and an approach for restaurants. Beginning with restaurants they all knew and liked, they listed out twelve—and ten of them came on board with what ended up being called the Food Integrity Project.

The only impact on the restaurants’ business has been a positive one. “It’s actually been fantastic,” Austin related. “The restaurants have been raving about how their customer base has expanded and how they’ve seen an increase in sales. For them it’s a great economic boost, but more importantly they feel like they’re doing the right thing and offering good food for people to choose from. I think that’s probably the biggest selling point.”

A busy restaurant trying to source GMO-free ingredients can be a tough challenge, and Austin and her group realized this from the start. For restaurants willing to become part of the Food Integrity Project, Austin and her partners stepped up to help meet that challenge. “We knew that restaurant owners have no time; they’re really busy,” Austin explained. “We offered our services as consultants to make the calls for them—to call their suppliers, and find other suppliers when theirs weren’t willing to provide GMO-free options. We have a list now of suppliers that we can send our restaurants to. It’s been very hands-on and we’ve developed great relationships with these restaurants, which is a perk that we really hadn’t expected in the beginning.”

Sometimes a GMO-free ingredient cannot be found at all—but in at least one case, that was solved too. “One of our restaurants is now making GMO-free corn tortillas and also offering them for other onboard restaurants to purchase,” Austin said.

Not their day jobs

Perhaps the most remarkable aspect to GMO Free Josephine County and its Food Integrity Project is that its personnel are doing all this in their spare time. “We’re all volunteers; we all have real jobs,” said Austin. “None of us get paid. We filed for a 501(c)(3) nonprofit status, and it’s in the mail, but we don’t even have a payroll.”

Austin herself has been the owner and operator of a dance-art studio for twenty-five years—and sometimes the two hats can’t help but cross. “I have a performance group of ten older teenagers, and they are probably tired of hearing about it,” she said, laughing. “I’m just like, ‘Okay. What are you eating? Let’s keep it real! No GMOs!”

GMO Free Josephine County has been getting attention from other local areas that are anxious to implement similar programs. “We’re just growing,” Austin concluded. “We have a county in Idaho that has come on board, and they’re adopting the project there. Then Jackson County, our sister county right next to us, is adopting it as well and I’ve been consulting with them. We’ve had some inquiries from the Sacramento area and also further north in Oregon.