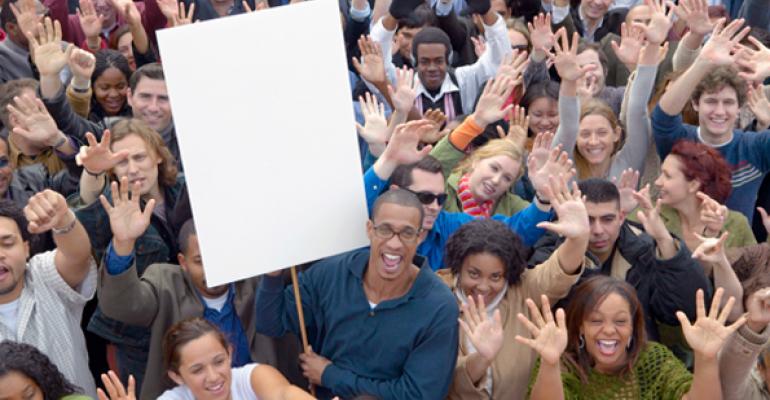 With November voting a mere month away, biotech and conventional food brands are ramping up campaign spending to prevent Oregon and Colorado from passing GMO labeling laws.&nbsp;

As residents of Colorado and Oregon prepare to vote this November on mandatory GMO labeling bills, opposing campaigns have started to receive donations from companies ranging from conventional food manufacturers to biotech.

But just how much money is fueling the anti-GMO labeling set? According to the Colorado Secretary of State, on Sept. 19 Monsanto contributed a whopping $4.7 million to Colorado’s No on 105 Coalition, whose members include the Colorado Corn Growers Association, Colorado Bioscience Association, U.S. Beet Sugar Association, The Grocery Manufacturer’s Association and more.

Though Monsanto isn't the only company to support the campaign (Dow AgroSciences, PepsiCo and Kraft also are huge donors), the well-known GM seed company is the largest benefactor.

The majority of No on 105’s $8.1 million-plus budget is spent on advertisements imploring Colorado to vote against GMO labeling. For example, less than a week after receiving Monsanto’s $4.7 million, No on 105 paid a California-based media buyer $4.7 million. T.V. spots feature Colorado family farmers lambasting the "badly written" proposition, and citing that it conflicts with national labeling standards.

In contrast, Right to Know Colorado, the group responsible for garnering enough signatures to place 105 on the ballot, reported $320,696 in campaign contributions—mostly in the form of small amounts from individuals.

Oregon’s anti-GMO campaign, the No on 92 Coalition, has also received ample donations. To date, Monsanto gave more than $1.5 million. Again, this money will likely be used to sway Oregon voter opinion via television and radio ads, as No on 92 paid more than $3.6 million to the same media buyer that Colorado’s No on 105 employs.

The fight ain't over

Some fear the labeling initiatives will reach the same fate as California's failed Prop 37, when the opposition raised $45.6 million to kill the bill—$8,112,867 of which was donated by Monsanto.

“Monsanto’s game plan is nothing new," says Dave Murphy, founder and executive director of the grassroots lobbying group Food Democracy Now!. "It’s the same thing tobacco companies did for 40 years. They dish out misinformation and hope people fall for it. Monsanto wouldn’t put that money in Colorado if they weren’t afraid.”

Days before Nov. 5, 2012, a slew of last-minute advertisements flooded California's airwaves, warning that labeling GMOs would cost consumers an extra $400 per year in grocery bills. These findings are disputed by many including the Consumers Union, who recently reported that the cost of GMO labeling would average $2.30 per person per year.