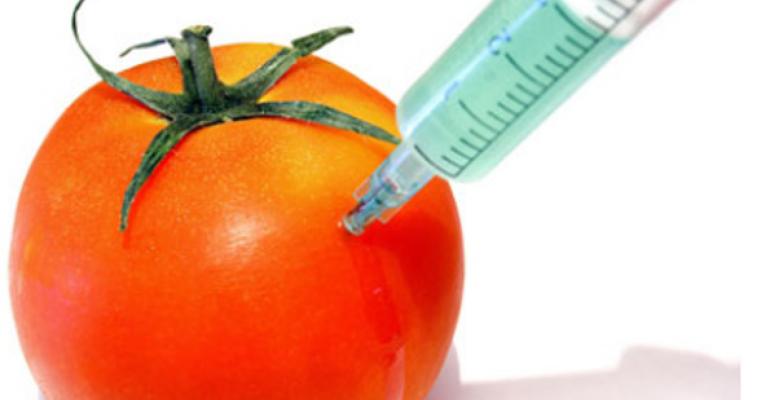 Natural Food Certifiers is the new kid on the non-GMO scene, and Founder and Director, Rabbi Reuven Flamer has some interesting things to say on the subject, especially this: if you&#39;re certified organic, you don&#39;t need GMO verification.&nbsp;

When it came to determining which brands could and couldn't claim that their products were free from genetically modified organisms, the Non GMO Project has, to this point, held the gavel exclusively. But it was only a matter of time…

Along came Natural Food Certifiers (NFC), with its organic, kosher, gluten and vegan certification programs. And now, guess what, you can check GMOs off the list there, too. NFC officially added this most recent certification, GMO Guard, as of March after receiving inquiries from existing organic certified clients for about 6–12 months, according to NFC Founder and Director, Rabbi Reuven Flamer.

"Their concerns confirmed what we had already thought: that organic certified producers were feeling pressured to certify a no-GMO label, even though the organic label implies no GMOs to begin with, which is the standard in the National Organic Program (NOP)," Flamer says.

Accordingly, NFC will certify you to its GMO standard even if you're organic, but not without first trying to convince you otherwise. "We tell them straight up, you don't need it, and they tell me—well the marketplace is driving it," he reports.

For brands that insist, there's a savings to be had. "NFC will be offering our current and any other organic certified entities significant discounts. In our opinion, the highest level of what the consumer deserves and is getting is organic certified product. Period."

Stepping atop an admitted soap box on the subject, Flamer sees a tendency to always want to go newer, bigger, better. "I think that the GMO industry has shot the organic label in the foot, and I feel very strongly about that," he asserts, adding that he'd like to have a hand in turning that around.

The organization is so adamant about the point that organic is the gold standard in terms of non-GMO assurance, there are cases when it may not even ask for a test if a product is certified organic. In the event of potential problems or deviations, they will, however, investigate further.

Organic or not, .05 percent is the the NFC GMO Guard's threshold tolerance level, which, according to Flamer, is as low as it goes—with somewhat of a grey area wherein you "lose the ability to detect" GMOs below that point. "I have been educated that there is no scientific zero level to be able to say something is zero level of gluten or zero level of, in this case, GMO," he says. "So that's why we brought it as low as we could, to .05."

Wind drift is one reason why GMOs have cropped up in organics. True, accidental crop contamination is a legit concern that brings certified organic brands back around for a second seal. But what appears to be even more top of mind to those also seeking non-GMO certification is that specific, market-driven point of differentiation. Flamer's even seen it on the kosher side.

"A carrot that grows in the ground is intrinsically kosher. As they say, God made it. There are now bags of carrots with kosher marks on them," he explains. "Some company said, OK, we'll put a kosher mark on it and we'll market it, and they pay the company the amount of money. It's gotten to point in the last five years where a consumer will say—well, wait a minute, this bag has a kosher mark on it, and the other bag doesn't; there must be something wrong. We'll buy the one with the kosher mark, just to be sure. It's totally unfounded," he goes on, "but it's been created by the marketplace. And I think, to a large degree, we're doing that with organic."

Speaking of kosher, NFC just announced that its Apple K Kosher Certification Program will no longer accept applications from manufacturers seeking kosher certification for products that contain GMOs. Interestingly, kosher food law does not prohibit GMO food ingredients, however, "Because we are called Natural Foods Certifiers, I cannot claim, in any way shape or form that I feel comfortable giving a natural food kosher label to something that's a GMO," Flamer explains.

Accordingly, the next generation of NFC's "kosher carrots" will be free from GMOs, but also free from the GMO Guard label. As we've seen with organic, non-GMO by default may not cut it for the label-seeking shopper. 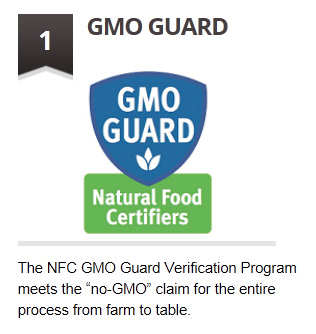 For that reason, GMO Guard is available to any brand that so chooses to go for certification (see outline). Flamer estimates the process will average between three and four weeks, depending on inspector travel time to the (non-organic) manufacturer, number of ingredients, etc.

Naturally, some differences exist between GMO Guard and Non-GMO Project verification. But Flamer doesn't view this as a competitive situation. "It is not, in our opinion, an issue of one verification over another. All reliable verification programs should be stocked on shelves of retailers."

As to whether Whole Foods will accept GMO Guard as part of its 2018 transparency initiative, Flamer asks: "Why shouldn't they? We ourselves operate under full transparency. GMO Guard offers reliable verification that our clients can trust. We're committed to ensuring the personal choice for consumers in food purchases today, which demands the proper labeling for no GMO usage on products."

The biggest issue of all

In the non-GMO world right now, educating the consumer trumps all of these other subtexts, in Flamer's opinion, because "I don't think the consumer knows very much, and I don't even know if advocates understand it."

To those who know they don't want to put GMOs in their body without knowing why, he has this to say: "There's enough research to scare the average person enough already with GMOs. At least put a question mark on it." A question mark, indeed. Said research points to issues that we don't know; and no long-term science exists.

"Ultimately, give me a reason why we should tinker with a food system that, when you really get down to it, very few people understand, if anybody," he says. "We know how it works, but we don't know why it works, and now you're turning around and you're saying, we're going to work it our way."

Another issue that clouds instead of bringing clarity to the non-GMO labeling table—political polarization. "This is not a left wing, right wing issue in politics," he points out, "and I think people have made it that way, and that's maybe one reason why they lose a little bit of trust from the average, middle-of-the-road person."

Case in point, Flamer overheard someone at Expo West say: we won the gay marriage issue and we won the legalization of marijuana in Colorado, and we'll win this issue of labeling. "One has nothing to do with the other, but the guy with the ponytail who said it, that's his background. And, Godspeed, but that's not the message that has to come to the American people," he asserts. "Don't make Monsanto the capitalist boogieman, because if you do that, you lose some people there in the mix."

When it comes to GMO transparency, don't we all win?