HomeNewsRegulatoryWho’s behind the California Right to Know Campaign?
Recent
Latest
3 reasons natural retailers are inflation-friendly shopping destinations
May 25, 2022
Sponsored Content
Are there potential carcinogens swimming in your biobased laundry detergent? – article
Sponsored Content
Organic agriculture and its impact on ingredients and the planet – webinar
Sponsored Content
The goodness wrapped in a certified organic seal – video
Trending
Getting ready for 2023: Trends for brands to consider
May 17, 2022
Whole Foods' honors 30 companies with 10th annual Supplier Awards
May 18, 2022
6 tips to promote consumer understanding of Certified Organic
May 18, 2022
Natural beauty market trends
Jun 16, 2021

Who’s behind the California Right to Know Campaign? 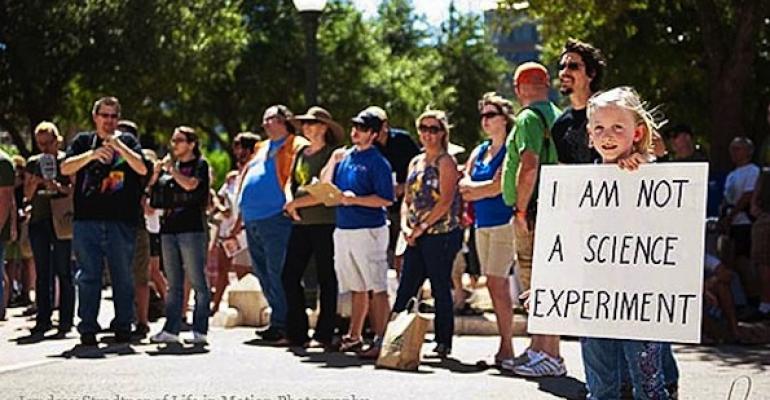 Nearly one million California citizens have lent their signatures in support of mandatory GMO labeling in California. Organic Connections, the magazine for Natural Vitality, interviews the woman who started it all.

If you follow the non-GMO movement at all, you may have heard that California is primed to be the first state to require labeling on any food containing GMO ingredients. After collecting 971,126 signatures (nearly double the amount required to be placed on the ballot), Californians can look forward to voting for the proposal on November 6.

But how did California gain such strong a strong non-GMO following in the first place? Pamm Larry, a former midwife and farmer, initiated the California Right to Know Campaign—the leading force behind the labeling proposal—through her group Label GMOs. Given the lobbying power of corporations who develop and sell biotech crops, the proposal had to be grassroots. “It was clear to me that we weren’t going to get anything through the agencies or the legislative bodies. It had to come from the people,” Larry said in an interview with Organic Connections.

While Larry estimates the biotech industry will spend anywhere from $40 million to $100 million to battle the initiative, she remains optimistic about the vote in November. “[Our] actions will be very targeted, very specific, and it will be the truth.”