HomeHealth and Nutrition ResearchAre HCG weight-loss supplements safe—and legal?
Recent
Latest
4 tips to get ahead of chemical concerns in packaging
May 20, 2022
7 CBD favorites in the increasingly popular gummies format
May 20, 2022
Mission MightyMe helps parents introduce allergens to babies
May 20, 2022
UNFI's Eric Dorne to step down as chief operating officer
May 20, 2022
Trending
Whole Foods' honors 30 companies with 10th annual Supplier Awards
May 18, 2022
Getting ready for 2023: Trends for brands to consider
May 17, 2022
Sponsored Content
The rise of sustainable business – eGuide
Sponsored Content
Natural beauty market trends
Jun 16, 2021
Natural Foods Merchandiser
brought to you by 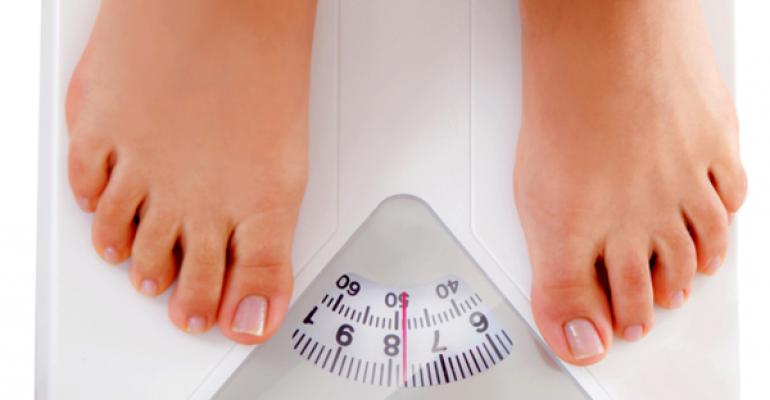 Many people testify that they&#39;ve lost significant weight on the HCG diet, but confusion and concern abound over this popular weight-loss trend and the products sold to support it.

Wendy Nordstrom revealed to an Amazon.com forum that she lost nine pounds in 10 days on “the diet.” Karen Wilson said she dropped 13 pounds in the same span of time by following “the program.”

Forget Atkins and ephedra. Another diet trend is among us. This “program” is the so-called HCG diet.

The HCG plan combines injections or homeopathic drops of human chorionic gonadotropin (a hormone produced by pregnant women) with a strict diet that allows the consumption of only 500 calories a day. HCG is said to make the diet so successful because it suppresses appetite and helps burn fat.

HCG injections are typically done under the supervision of a health care practitioner, but the hormone can also be obtained via homeopathic drops, which are sold at pharmacies and natural products stores—including many reputable ones. Certain supplement manufacturers, such as RightWay Nutrition, claim that their HCG products help “dieters lose up to a pound a day the safe way.”

The HCG diet may work like a charm for weight loss, and it may be popular. But is it really healthy, safe and sustainable? Those are questions that natural products retailers are struggling to answer.

“It’s the thing we get the most feedback about, both positive and negative,” says a natural products retailer who wouldn’t go on record for this story despite stocking homeopathic HCG products. “Half our practitioners were reticent [about carrying HCG products], half were excited. A lot of customers have tried it and gotten positive results. They seem to like it.”

Even celebrity doctor Mehmet Oz, who seems to have a firm opinion about everything, expressed his uncertainty over the HCG diet during a recent Dr. Oz show. Oz did advise his audience not to buy HCG drops at drug or vitamin stores or online. “There’s just no way to know what’s truly in them, and I don’t want you to waste your money,” he said. However, Oz did say he felt comfortable with people trying the HCG diet under the supervision of a health practitioner. He also called for more studies to be done on the use of HCG for weight loss.

How the HCG diet works

Simeons found that during treatment, these patients didn’t lose pounds, but they did lose their appetites—and inches from their hips. Simeons concluded that HCG made deposited fat available as fuel for the body. He hypothesized that patients who restricted their calories to 500 a day would burn up this excess fat and lose weight.

Simeons tested his theory on obese patients who didn’t have reproductive conditions. They took a daily shot of HCG and ate two meals a day of lean meat, selected vegetables and fruit as well as a piece or two of bread for a total of no more than 500 calories a day. In 1954, he published his findings in the Lancet, reporting that patients lost about a pound a day on the diet and did not feel weak or hungry. The hormone and the low-calorie eating plan, according to Simeons, were both keys to the diet’s success.

Although dieters may like the whiz-bang results of the HCG program, the U.S. Food and Drug Administration doesn’t like its use for weight loss. The FDA gave its stamp of approval for HCG products, but only in prescription form for the treatment of infertility in women; hormonal conditions in men, such as undescended testes; and hypogonadism (genital development delay). Since the mid-1970s, the FDA has required HCG products to don a label indicating that there’s no evidence that the hormone treats obesity.

A 1995 study in the British Journal of Clinical Pharmacology supported the FDA’s label requirements. After analyzing 24 clinical trials on the HCG diet, Dutch researchers concluded that HCG was no better than placebo at aiding weight loss, helping burn fat, reducing hunger or inducing a feeling of well-being. “For those of us who place our faith in clinical trials, the evidence suggests that a practitioner and patient will achieve the same results with saline injections,” says Masa Sasagawa, ND, an adjunct professor at Seattle-based Bastyr University.

Still, many people seem not to care how the HCG diet works but rather that it does work. “I personally took the product and lost 20 pounds,” says the retailer who spoke to NFM off-record. He’s not alone. The popularity of the HCG diet has been on the rise in recent years.

Some attribute the HCG revival to a controversial character named Kevin Trudeau, who promoted the HCG diet in his 2007 book The Weight Loss Cure “They” Don't Want You to Know About. Trudeau was later fined by a U.S. District Court for making deceptive claims related to the weight-loss protocol. Or perhaps the HCG diet got a boost from Dr. Oz, who didn’t exactly vouch for the plan but didn’t exactly dismiss it either.

Whatever the reasons for the diet’s renaissance, homeopathic HCG oral drops are now on sale at a number of pharmacies and natural products stores. That has provoked FDA to react—sort of.

In January 2011, the FDA issued a statement saying that homeopathic HCG products are fraudulent. “HCG is not a recognized active ingredient in the [Homeopathic Pharmacopoeia of the United States] or any of the addenda or supplements and is, therefore, not recognized by FDA as a homeopathic drug,” says Shelly Burgess, public affairs specialist for the FDA. “As such, these products are unapproved new drugs and are illegal.”

According to Burgess, any over-the-counter drug or dietary supplement that contains HCG violates the Food, Drug and Cosmetic Act. “Anyone that causes the introduction of these products into interstate commerce is subject to enforcement action, which may include seizure and/or injunction,” Burgess says.

Of course, this is where things turn murky for natural products retailers and manufacturers. The HCG in many of these homeopathic products is so diluted that the hormone apparently isn’t detectable. “Our homeopathic version was at 30X, so there wasn’t even a discernable molecule of [HCG] in it,” says Jesse Rettig, president and CEO of Woodbine, Iowa-based supplement manufacturer Liddell. “It’s strictly what would be considered the kinetic energy form of the original ingredient.”

The FDA’s January announcement raised enough of a question about the official status of Liddell’s HCG product that Rettig decided to pull it from store shelves. “The FDA never contacted us, but they did contact other manufacturers,” Rettig says. “Rather than put our head in the sand, we chose to abide by what was perceived to be the understanding.”

So far the FDA hasn’t issued a formal HCG product recall, which further confuses the issue for Rettig. “[A recall is] what they’d do if they really thought there was a danger,” Rettig says. Between 1990 and 2011, the FDA received 11 adverse event reports for prescription HCG products that were used for weight loss. The events included three cases of pulmonary embolism and two cases of stroke.

Rettig says that voluntarily halting the manufacture of Liddell’s HCG product has cost the company somewhere between $4 million and $10 million in sales (retail sales were projected to generate between $26 million and $60 million).

Other manufacturers haven’t taken a hit because they continue to sell their HCG products. RightWay Nutrition, for example, markets a homeopathic HCG product called HCG Platinum Original. The company also makes dietary supplements marketed for the HCG diet—HCG  Platinum X-14 and HCG Platinum X-30—but they don’t contain any form of HCG, homeopathic or not. Instead, they include only a blend of amino acids and botanicals that “mimic HCG,” according to Jonathan Vowles, marketing specialist for the Bluffdale, Utah-based company. Vowles says both product types—homeopathic HCG and dietary supplements for the HCG diet—are  equally popular with customers.

“Obviously, the FDA hasn’t shut down all the manufacturers [of HCG supplements],” Rettig says.

Retailers stand up against HCG

Given the controversy and FDA stance on homeopathic HCG drops, some retailers have closed their doors to the products. Cambridge Naturals, for example, used to carry Liddell HCG products to “satisfy the few” interested customers, says Kris Berg, manager for the Cambridge, Mass.-based store. But since those sold, the retailer hasn’t stocked any homeopathic HCG.

“We had a rep approach us, and she talked especially about the calorie restriction,” Berg says. “The staff all felt that this wasn’t responsible. When customers have asked, we’ve said that there are better ways to approach [weight loss], and the jury’s still out in terms of the science about [the HCG diet].”

When the rare customer comes into Waltham, Mass-based Johnson Compounding and Wellness Center  asking about the HCG diet, co-owner Steve Bernardi tells them that if they consume 500 calories a day, they’ll lose weight. “But that’s a starvation diet,” Bernardi says, noting that his store doesn’t carry OTC HCG products. “That’s not a healthy diet. I’m much more a proponent of a protein diet that feeds the body the amino acids it needs.”

Likewise, Natural Grocers by Vitamin Cottage doesn’t want to sell customers on “false promises,” says Heather Isely,  co-owner and executive vice president for the Lakewood, Colo.-based retail chain. “HCG is a dangerous fad at the moment,” Isely says. “And it is a fad. It’s not going to sustain people in weight loss.”

Isely worries that retailers promoting the HCG diet could harm the entire natural products industry. She encourages her peers to consider forgoing short-term profits in order to gain the long-term loyalty of customers. “Our industry has to be cautious with the hype and the fads,” she says. “We do ourselves a disservice when we jump on the fad bandwagon because we then don’t look credible.”

Although Isely considered bringing in Liddell’s HCG product, in the end she couldn’t be sure of its legal position. “I was always uncomfortable with it,” Isely says. The product, she explains, isn’t part of the homeopathic pharmacopoeia. “So where does that leave them as far as their regulatory status goes? I don’t know the answer to that question.”

The FDA may soon clear up any confusion about HCG products—that is, if Bernardi’s predictions come true. He expects the FDA to go after the manufacturers—and perhaps retailers—that continue to endorse HCG for weight loss. “It’s definitely an off-label use,” Bernardi says. “I have a feeling the FDA is going to come down on this hard very shortly.”