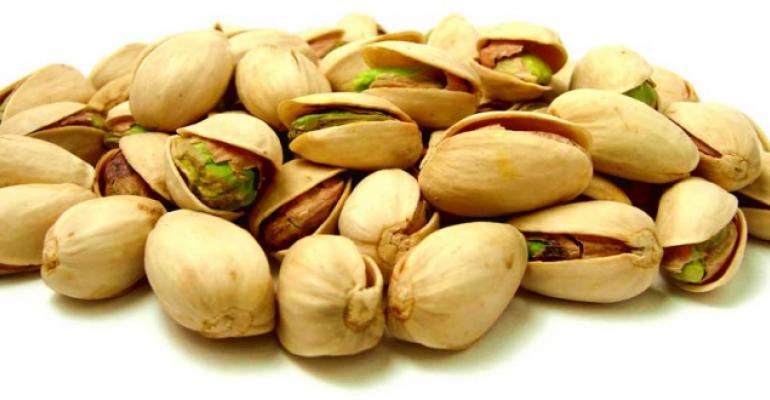 New study finds that raffinose, a special type of carbohydrate found in pistachio nuts and other foods, reduces athletic performance when consumed prior to intense exercise.

A recent study by David Nieman, DrPH, director of the Appalachian State University Human Performance Laboratory at the N.C. Research Campus (NCRC) in Kannapolis, found that a special type of carbohydrate, raffinose, in pistachio nuts and other foods reduced athletic performance when consumed prior to intense exercise.

Pistachios are nutrient-dense nuts that contain a unique nutrient profile of proteins and carbohydrates. Nieman, who is also a professor in Appalachian’s College of Health Sciences, and his research team hypothesized that ingesting three ounces of pistachio nuts a day for two weeks before and on the day of intense cycling would support performance compared to water only, and would attenuate inflammation, oxidative stress, and immune dysfunction for 21 hours afterwards.

Since humans cannot digest raffinose, which is found in foods such as onions, soybeans, chickpeas and pistachios, athletes who ate the pistachio nuts increased the amount of raffinose in their colon. When they cycled for 75 kilometers at high intensity, performance time slowed by 4.8 percent compared to when pistachios were not ingested.

Using a sophisticated tracking technology called metabolomics, Nieman discovered that raffinose leaked out of the gut during exercise, which caused the immune system to release a toxin that impaired energy production in the muscles.

“The net result,” Nieman said, “is that, if confirmed by other research groups, I believe a new sports nutrition policy will be developed that will recommend that athletes avoid foods containing raffinose in the days prior to endurance competition.”

Nieman clarified that the results of the study do not indicate that athletes should eliminate foods containing raffinose from their regular diets. “Pistachio nuts, beans, oat bran and other foods that contain raffinose are extremely nutritious and essential to a healthy diet,” he said. “When athletes are training for intense competitions like long-distance cycling or marathons, this study suggests they should limit some of these raffinose-containing foods during the week prior to competition to maximize their overall performance.”

The study “Influence of pistachios on performance and exercise-induced inflammation, oxidative stress, immune dysfunction, and metabolite shifts in cyclists: a randomized, crossover trial” was published Nov. 19, 2014 in PLOS ONE, a peer-reviewed, open-access resource from the Public Library of Science.