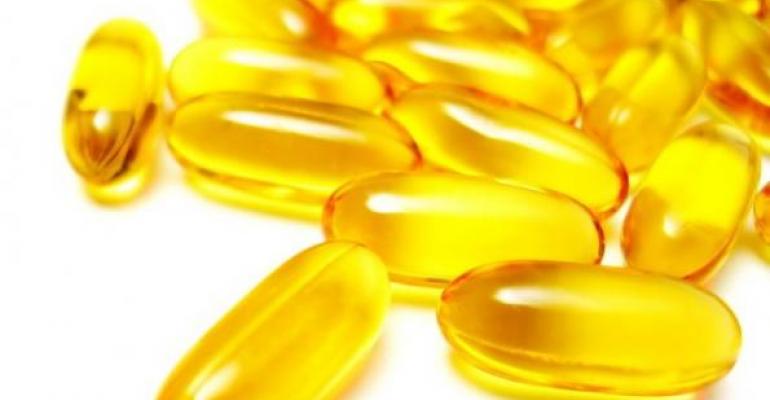 New study from Oregon State University suggests there is a relationship between low levels of vitamin D and depression in otherwise healthy young women.

A new study from Oregon State University suggests there is a relationship between low levels of vitamin D and depression in otherwise healthy young women.

OSU researchers found that young women with lower levels of vitamin D were more likely to have clinically significant depressive symptoms over the course of a five-week study, lead author David Kerr said. The results were consistent even when researchers took into account other possible explanations, such as time of year, exercise and time spent outside.

“Depression has multiple, powerful causes and if vitamin D is part of the picture, it is just a small part,” said Kerr, an associate professor in the School of Psychological Science at OSU. “But given how many people are affected by depression, any little inroad we can find could have an important impact on public health.”

Vitamin D is an essential nutrient for bone health and muscle function. Deficiency has been associated with impaired immune function, some forms of cancer and cardiovascular disease, said Gombart, an associate professor of biochemistry and biophysics, principal investigator with the Linus Pauling Institute and international expert on vitamin D and the immune response.

People create their own vitamin D when their skin is exposed to sunlight. When sun is scarce in the winter, people can take a supplement, but vitamin D also is found in some foods, including milk that is fortified with it, Gombart said. The recommended daily allowance of vitamin D is 600 IU per day. There is no established level of vitamin D sufficiency for mental health.

The new study was prompted in part because there is a widely held belief that vitamin D and depression are connected, but there is not actually much scientific research out there to support the belief, Kerr said. “I think people hear that vitamin D and depression can change with the seasons, so it is natural for them to assume the two are connected,” he said.

According to Kerr and his colleagues, a lot of past research has actually found no association between the two, but much of that research has been based on much older adults or special medical populations.
Kerr’s study focused on young women in the Pacific Northwest because they are at risk of both depression and vitamin D insufficiency. Past research found that 25 percent of American women experience clinical depression at some point in their lives, compared to 16 percent of men, for example.

OSU researchers recruited 185 college students, all women ages 18 to 25, to participate in the study at different times during the school year. Vitamin D levels were measured from blood samples and participants completed a depression symptom survey each week for five weeks.

Many women in the study had vitamin D levels considered insufficient for good health, and the rates were much higher among women of color, with 61 percent of women of color recording insufficient levels, compared to 35 percent of other women. In addition, more than a third of the participants reported clinically significant depressive symptoms each week over the course of the study. “It may surprise people that so many apparently healthy young women are experiencing these health risks,” Kerr said.

As expected, the women’s vitamin D levels depended on the time of year, with levels dropping during the fall, at their lowest in winter, and rising in the spring. Depression did not show as a clear pattern, prompting Kerr to conclude that links between vitamin D deficiency and seasonal depression should be studied in larger groups of at-risk individuals.

Researchers say the study does not conclusively show that low vitamin D levels cause depression. A clinical trial examining whether vitamin D supplements might help prevent or relieve depression is the logical next step to understanding the link between the two, Kerr said.

OSU researchers already have begun a follow-up study on vitamin D deficiency in women of color. In the meantime, researchers encourage those at risk of vitamin D deficiency to speak with their doctor about taking a supplement. “Vitamin D supplements are inexpensive and readily available.” Kerr said. “They certainly shouldn’t be considered as alternatives to the treatments known to be effective for depression, but they are good for overall health.”

The research was supported by grants from the Good Samaritan Hospital Foundation’s John C. Erkkila Endowment for Health and Human Performance and the National Institute of Environmental Health Sciences.